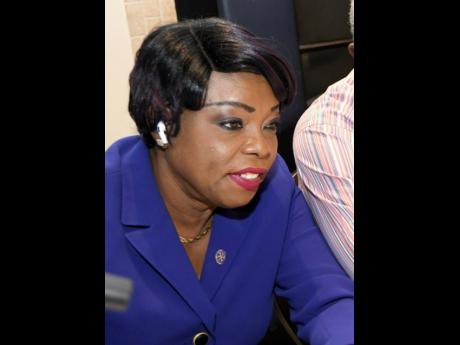 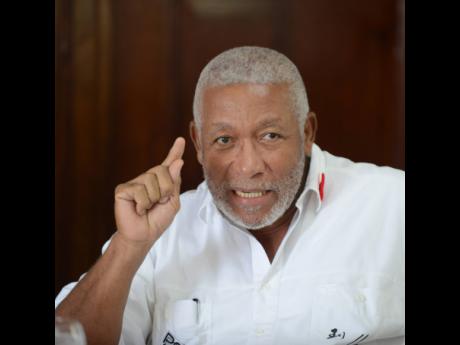 Western Bureau: Despite the blood-curdling murders being committed by some of the nation’s criminals, two former top cops have taken objection to them being referred to as terrorists, saying that the label makes them seem far more powerful than...

Despite the blood-curdling murders being committed by some of the nation’s criminals, two former top cops have taken objection to them being referred to as terrorists, saying that the label makes them seem far more powerful than they really are.

According to Lewin, who was chief of defence staff of the Jamaica Defence Force before taking up the top job in the police force in 2007, they fall short of the definition.

“Gunmen terrorise communities, but by definition, they are not terrorists. They are just criminals, so let’s clear that one,” said Lewin when quizzed about recent characterisation of blood-thirsty gangsters in St James by Senator Charles Sinclair and St James’ police commander Superintendent Vernon Ellis.

According to Grant, who was appointed to act as head of the Jamaica Constabulary Force for 90 days in 2017 while a search was conducted for a successor to Dr Carl Williams, they are merely no more than suspects and criminals.

“One of the things we need to also not do is the way we speak about criminals in Jamaica is not to put all types of labels on them to make them feel more powerful than they are,” said Grant. “We sometimes elevate them beyond where they need to be – suspects and criminals [are] who they are.”

However, like Ellis and Sinclair, a former high-ranking police officer in Area One recently told The Gleaner that criminals in the west are taking on extra notoriety as with law-enforcement displacing them from drug smuggling and lottery scamming, many are turning to contract killing, which is being manifested in incidents such as the murder of banker Andrea Lowe-Garwood in a church last month.

“These youngsters are in large numbers in volatile communities here in St James. They are ready to become hired killers. No questions asked; once the price is right,” said the former lawman, noting that hitmen from St James were travelling across the island to perform contract killings.

Lewin argued that persons like Lowe-Garwood’s killer carry out such acts because they believe they have a strong chance of beating the system and getting away with it.

“You need to get the system in place that when the criminal does his calculation, his probability of not getting away, not being caught, not being convicted, and not being sentenced is minimal. These things would stop,” said Lewin.

While he is against criminals like contract killers being given a special designation, Lewin does not believe that they should be treated in much the same way as persons involved in domestic murders when they face the justice system.

“There have to be circumstances where, in sentencing guidelines, there are ranges and these (notoriety of the individuals) are facts that have to be put before the judge after conviction for sentencing to be considered, so I would not see them in the same boat, so to speak.”