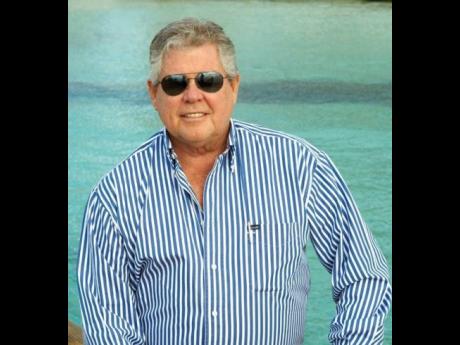 Business mogul, the late Gordon ‘Butch’ Stewart, is poised to be immortalised in Montego Bay, St James, the city where he started his business empire, the Sandals Resorts, over four decades ago, with the naming of a street in his honour.

According to Councillor Dwight Crawford, chairman of the St James Municipal Corporation’s (StJMC) Civic and Community Affairs Committee, the motion to name a yet-to-be-identified street in honour of Stewart, who died in Miami, United States, on January 4, at the age of 79. He was said to be ailing from an undisclosed illness.

“The motion will be tabled at the next monthly meeting of the StJMC, but it is a foregone conclusion that it will be passed,” said Crawford, who has been working behind the scenes to ensure that his colleague councillors support the motion.

According to Crawford, Stewart, who founded Sandals Resort in 1981 when he bought a run-down hotel located on the seaward of the Sangster International Airport, renovated it and named the property Sandals Montego Bay, has contributed significantly to Montego Bay emerging as the foremost tourism destination in Jamaica, if not the entire Caribbean.

‘Modern Hero of this Country’

“I regard Butch Stewart as one of the modern heroes of this country, who would easily be considered worthy of being laid to rest at the National Heroes Park,” said Crawford. “He wasn’t just the pioneer of the modern all-inclusive concept, but he operated at the highest standard in all that he represented.

“If he had entered the field of politics, he would have been one of the greatest ministers of tourism that the world would have ever seen,” added Crawford.

While the street to be named in Stewart’s honour is yet to be decided, there is a strong indication that it will be a toss-up between Kent Avenue, where the Sandals Resort International is located; and the road leading to Whitehouse, which runs adjacent to the first Sandals location.

“I know the Kent Avenue location is the current heart of the Sandals operation, but my preference would be the Whitehouse road because that is where it all started,” said Bryan Peterkin, a long-time friend of the late hotelier. “Wherever they chose will be okay with me because the sentiments will be the same.”

Stewart, who maintained a strong relationship with Montego Bay over the years, was held in high esteem by the thousands of persons he employed at his various properties. He was also highly revered in sporting circles as he sponsored numerous football and cricket competitions over the years.

In 2017, Stewart became the first recipient of the prestigious Pioneer Award at the RJRGLEANER Communications Group Hospitality Jamaica Awards, for his phenomenal contribution to the nation’s tourism.

“We want to acknowledge your leadership, not just as the premier entrepreneur in Caribbean tourism, but more so for your long-term vision and dogged determination to create brands that are recognised internationally,” Hospitality Jamaica’s coordinator Janet Silvera told Stewart as she handed him the award.