Escapades of a ‘crazy’ family – Part 2 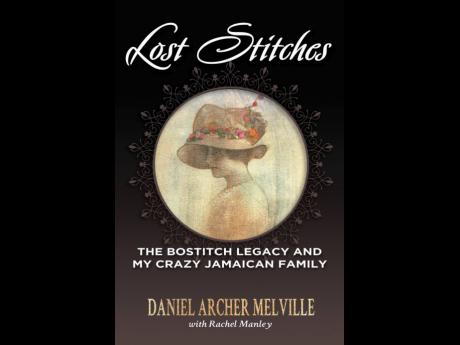 In part one of this review published last Sunday, February 21, the reviewer gave a general overview of the book as the author introduced us to his family and its sometimes quirky characters and history. In part two, the reviewer focuses on the two characters whose personae dominate the book, one of them being the author, Daniel Archer ‘Danny’ Melville himself.

Throughout the book, there is the sense of the author’s ambivalence about his grandfather, a seemingly ‘he who must not be named’ sort of figure for those of the family who knew him; dominating and domineering; a bully, and at the same time a weak anti-heroic blowhard. Plainly, author Daniel is fascinated by him but also repelled not only because the Major represents so much of what he despises, but also, given his own silver-spooned” upbringing, what he could so easily have himself become. Daniel is plainly horrified at the realization that,”There but for the “Grace of God....”. For the author, the Major is a scab that he cannot help picking. Before we are even introduced to Major Harold Archer Melville, author Daniel Archer Melville tells us, “He really was a prick, an opinion I’m sure you’ll soon share.”

Nevertheless, we admit it; Major Melville holds our interest, and though we should be outraged by his behaviour, we, like the author, are fascinated. We recognise him as the charming rogue who appears in varying guises all over the world, and who is known in Jamaica as Brer Anansi, the no-good, greedy, cunning and inventive trickster, stories of whose exploits were brought to Jamaica from Africa by Ashanti slaves. Grudgingly, despite his disgust, his grandson Daniel admits.

“But no one’s perfect. And how many vivid characters are faultless? Major was charismatic. He devised a way to become “ the victim, and he played that card well even before he really deserved the title.”

The book’s tensions are many. Unpredictable, dangerous, black, exciting Jamaica versus peaceful, “civilised”, safe, white Rhode Island/Canada – even New Zealand. Staid, society-acceptable, Jamaica College, rich married Melvilles, versus the “outside” Trench Town High School children staring at the “great house” from the servants’ barracks. But it is the Major, a 25-year-old Jamaican of Scottish and Jewish descent who brings these worlds together by marrying Berenice Briggs, heiress to half of one of the largest fortunes in Rhode Island, and transporting her from America to Jamaica, “under a tropical sky with its stars fiercer and nearer than up north, its moon strangely more intimate here”.

And it is also the Major who then proceeds to live lavishly off his wife’s money, and who starts an “outside” family, with children, including the author’s father, John Archer Melville, often being born to both mothers in the same years.

But what of the grandson, the author himself, who with privilege and wealth, at all stages had the option of shaking the dust of an unpredictable and often hostile Jamaica from his feet, to live a comfortable metropolitan life? As the story moves from the past to the present, it is obvious that his father moved to rural Jamaica to reduce his own family’s exposure to the social fallout from the Major’s lifestyle, and it was in that rural setting that the author’s understanding of and love for the ordinary rural folk grew and were nurtured. By kindnesses such as transporting local people to and from market the author’s father, John, set an example, deliberately seeking to instil in his children the ‘soul’ which was so lacking in his father, and which was undoubtedly a major contributor to the author’s successful political campaign.

The book becomes largely autobiographical in its final chapters, with Daniel Melville seeking to convince us of his own streak of “craziness” , but only managing to engage us with what is obviously his unquestioned love of people, irrespective of class, colour or creed and his willingness to give unthought-of opportunity to those who are not as fortunate as he is. Well, yes, perhaps the idea of entering Newton Marshall, a young black Jamaican country boy, who had never seen snow, in the Yukon Quest and the Iditarod , two 1,000-mile dog-sled races, each of which lasts about 10 days, covers some of the planet’s most inhospitable terrain, sometimes in temperatures of minus 40 Celsius, and in which just finishing is considered a success – yes, perhaps there is some crazy there! And oh, Newton did finish!

In author Daniel, the family strings, “inside” and “outside”, are partially pulled together, even if imperfectly. He is in contact with cousin Pamela Melville McGregor.

BORN OUT OF WEDLOCK

His Uncle Seymour was one of Major’s children born out of wedlock.

“It was Uncle Seymour, not my father, who took me up to the Crescent to see the family home and my grandfather’s grave ... I was in my early thirties and seeing his grave for the first time. It was very emotional and brought home to me the monumental rift that seemed to have shaken our very concept of family. I can’t say for sure if my dad attended his father’s funeral in 1951, but he never felt the need to show me his father’s final resting place. What a dysfunctional lot we are.”

The idea that genius and madness are often separated by no more than the flimsiest of membranes is not a new one. Danny Melville examines that thought again, with wry humour, but with the realisation that his family has had its fair share of eccentrics and of tragedy which may be ascribed at least in part to that factor, and with some thankfulness that despite some detours, his own life has escaped the worst of those outcomes.

The book is a generally easy read considering that it is meant not only to tell an interesting story, but also to serve as a record resulting from painstaking research of the often convoluted Melville history. It is for this reason that the author may be forgiven when it sometimes submerges into a mass of names and dates which have us looking again at the family tree at the start of the book in an effort to remember which family member fits where.

Very occasionally the hand of his lifelong friend, wordsmith author, teacher and co-writer, novelist Rachel Manley, shows through: “... fireflies like points of danger in feudal dark”.