David Steinberg offers the stories behind the jokes 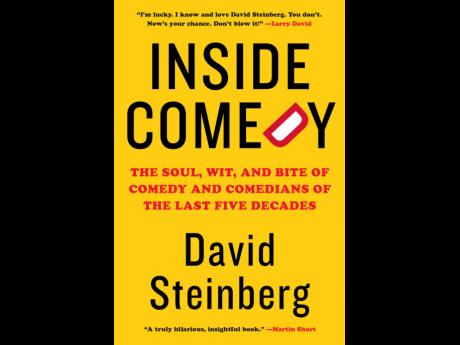 AP
This cover image released by Knopf shows ‘Inside Comedy: The Soul, Wit, and Bite of Comedy and Comedians of the Last Five Decades’ by David Steinberg.

The legendary David Steinberg was one of the best-known comedians of the late ‘60s and ‘70s. His acclaimed stand-up career included 140 appearances on “The Tonight Show with Johnny Carson,” four comedy albums, and two Grammy nominations. He has directed episodes of Friends, Mad About You, Seinfeld, Curb Your Enthusiasm and more.

And if you can think of a famous comedian, Steinberg has probably worked with them.

His new book, Inside Comedy, takes readers through the decades he has spent working with dozens of icons, including Lily Tomlin, Steve Martin, Chris Rock, and the late Robin Williams.

Through personal stories, Steinberg provides a backstage pass to life in comedy. We are onstage with him and Williams. We are sitting beside him as he interviews Keegan-Michael Key and Jordan Peele. We are experiencing the rush of performing at Second City and inside comedy clubs alongside him.

Steinberg paints deep and intimate portraits of the comedians we know and love. He tells us their life stories, how they found comedy, and gives us insight into who they really are. In doing so, he also takes us through the development of comedy over the past several decades.

While they can sometimes go on a little long, the stories Steinberg tells are a true delight. He is funny, warm, and heartfelt as he recounts life in an industry it is clear he deeply loves. He speaks of his fellow comedians with endless admiration and respect, making it impossible not to fall in love with each one of them. Lovers of comedy will surely adore this adventure behind the scenes.