Junette Alexander – a wish to take fine arts across the region 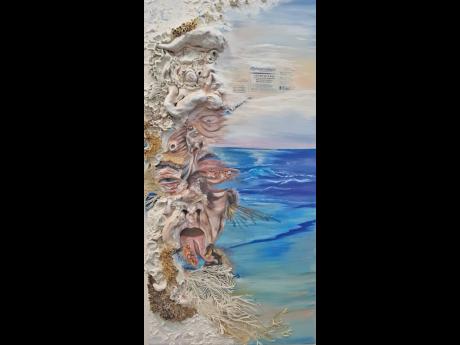 Contributed
One of Junette Alexander’s artwork 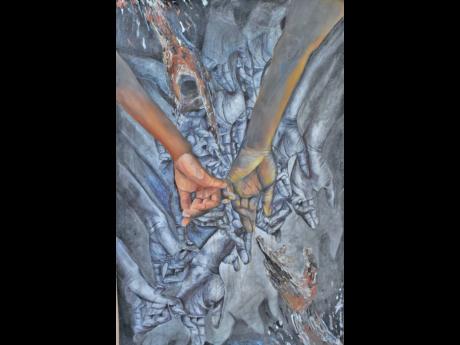 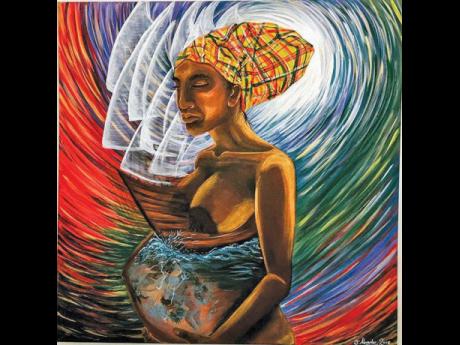 Contributed
A painting by Junette Alexander 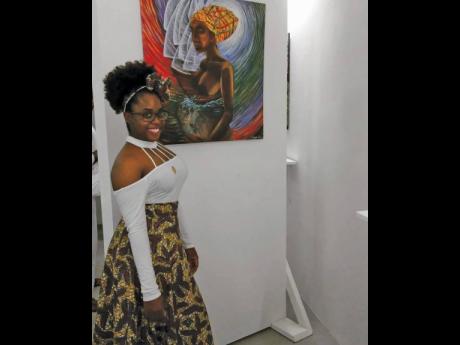 Junette Alexander’s life is guided by her pursuit of becoming a visual arts teacher. Alexander, who is from St Lucia, travelled to Jamaica from her hometown of Morne Dudon to study fine arts because teacher training in this area is not offered in St Lucia.

Alexander said that as a young girl growing up, she had always found solace in art and teaching.

“I often joke and say I have been teaching from the womb,” she said in a interview with Arts and Education.

Francis Junior, her father, a professional chef with over 35 years of experience, would carve fruits and use design principles in his presentation of his meals.

Jirnell, her older brother, had also shown promise as an artist as he would produce drawings that Alexander said she was in love with.

“I fell so deeply in love with art that when he stopped drawing, I never ceased to create despite my desire to do everything he did,” she said.

With a family of artistic background, Alexander learnt to express her innermost thoughts and feelings by creating her “own little world” where she “felt free”.

She frequently found herself in the classroom with her teachers back home, and she recalled her first teaching experience in primary school, when she was awarded an opportunity to teach the kindergarten class and later assisted instructing her visual arts class at Castries Comprehensive Secondary School in fifth form.

It was through these experiences that art and teaching cemented in being a common denominator in her life, a path ialong which she was seemingly destined to journey.

After obtaining an associate’s degree in business but not being able land a job, she started teaching children at the primary school level in her community for free, preparing them for examinations.

“I started with my neighbour’s sons and my little brother. Then came an addition of my cousins, and soon I had a small class of students coming to me to be helped with homework and lessons,” she said.

“Along my teaching journey, I decided I needed to better myself, I went to the teachers’ college on the island, however, there was no avenue to be trained in the arts. So I became a certified secondary education teacher in business administration and continued teaching visual arts,” she said.

As she took her own art career more seriously, in 2018, Alexander began exhibiting with the Me Curator Art Gallery,and by the following year, her creations were featured on the cover of St Lucia’s Star Magazine in celebration of the country’s 40th year of independence.

“It is during this time I decided that I needed to remain focused on my art and further my education and become a certified art teacher so that I can bring about change in my island,” she said.

Alexander could only achieve this by studying abroad, and owing to the EQUIP Project and the St Lucian education ministry, she was able to enrol at the Edna Manley College of the Visual and Performing Arts (EMCVPA), English-speaking Caribbean’s premium art school.

The now president of the EMCVPA student council, Alexander is a firm believer that art reflects both an artist’s and a society’s voice. As such, her work is aimed at facilitating meaningful discourse on societal issues while asking pertinent questions.

“I believe art has the power to bring about change, change in thinking, change in behaviour, change in a people. Sometimes all you have to do is give people a new perspective and allow them time to absorb it and think [because] change begins with one’s mindset,” said the 31-year-old.

As a result, she believes that it is crucial to provide opportunities for young people to become creative thinkers, innovators, problem solvers, and critical thinkers who will benefit their society.

Though she was unable to discuss the ‘why’ of the absence of CAPE visual arts taught in high schools and the lack of visual arts programmes available in universities in St Lucia, she did express her belief that the option should be made available to teachers and students who were interested.

“I seek to eradicate whatever variables [are] impeding visual arts from being offered,” she said.

She has met with the administration at the Sir Arthur Lewis Community College (a college in St Lucia), discussing the need for such programmes.

“The college was very receptive and instructed me to prepare a proposal to them and return for a follow-up meeting this year,” she explained.

After obtaining an art degree in Jamaica, Alexander is gearing up to utilise her skills to assist students interested in pursuing art and teachers who are interested in becoming certified art teachers.

“If this does not work out then I will work towards getting a space where I can teach visual arts to persons who long to develop their artistic skills [and] possibly offer CAPE classes,” she added.

In the future, Alexander aspires to establish an art residency in St Lucia and hopes to collaborate with the many Jamaican artists she has had the privilege of meeting.