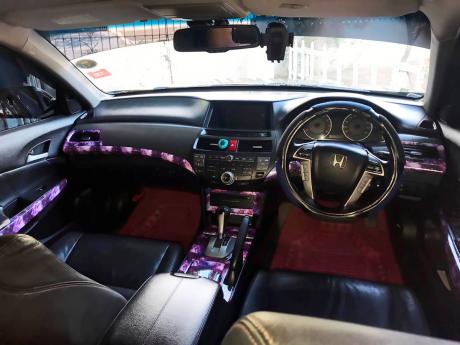 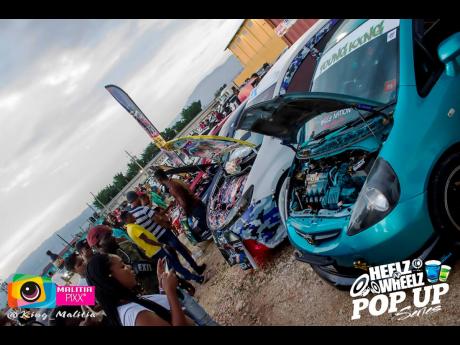 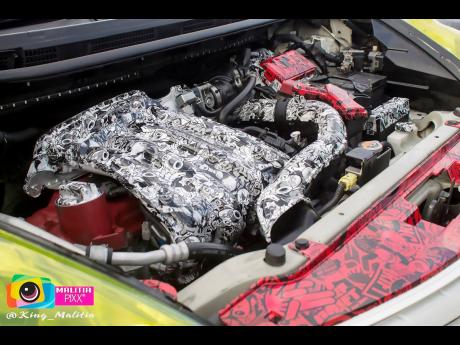 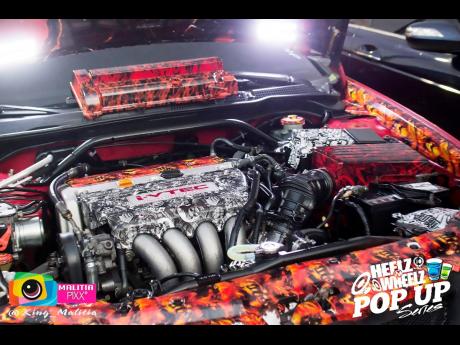 Hydro dipping, also known as water-transfer printing, is the process of applying graphics to three-dimensional objects like cars, which makes it the hottest trend in the world of Automotives.

At least one Jamaican has capitalised on the opportunity to breathe new life into vehicles by dipping into the world of water-transfer printing and creating a business from it.

Shain Rowe says that it all began with the designs he would pursue for his own vehicles when he realised, just last year, that he could do it for others.

“I noticed no one in Jamaica was actually doing this, and it was to be done by my car alone,” he told Automotives. “We invested in it. it was a good business idea within the car scene because the car scene is always popping.”

According to Rowe, hydro dipping is a perfect way for car fanatics like him who are passionate about the look of their vehicle to get creative, stand out, and have lasting modifications.

Hydro dipping is a permanent procedure that can only be removed by being rubbed down, primed, sprayed, and the surface colour changed.

“If you wrap the interior of your car with carbon fiber, over time it deteriorates because the adhesive on the back lifts,” he said, adding that the dipped exterior can even be buffed like the car.

Interesting to note, too, is the fact that the procedure is relatively inexpensive. Rowe said that the cost is dependent on the size of the item.

“If it is something that is extremely big, then it will more than likely cost more,” he said. “For example, we recommend doing the dash pieces and not a full dash board. The dash pieces would range from $5,000 upwards.”

Rowe, 31, believes that since he is creating a new market within the car scene, his services had better be affordable to get the support of the masses – and that, he has been getting.

“It is the trending thing within the car scene,” he says. “We went to a car show and we had an area where our five show cars were parked beside each other with our banners and stuff. the crowd flocked it!”

He says that there is also an extensive list of clients who have had parts of their vehicles dipped with the most common area dipped being the interior as most persons are opting for a carbon fiber-finish interior.

Rowe explained that his customers would have to make an appointment to have their cars dipped. With the demand now, even if one is to show up at his physical location inside Lemic Auto Parts in Portmore, chances are, there someone would already be ahead in line.

“What we normally do is give you an appointment date for when to bring the parts that you need dipped,” he said. “After we collect them, we give you a time to come back for them.”

He noted that the amount of time may vary depending on the job request, with the full interior taking up to a week.

“Every customer has to feel like they are the number-one customer,” Rowe said.