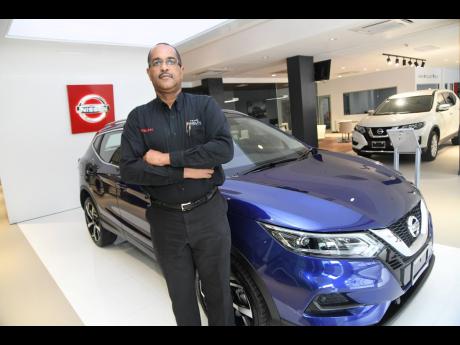 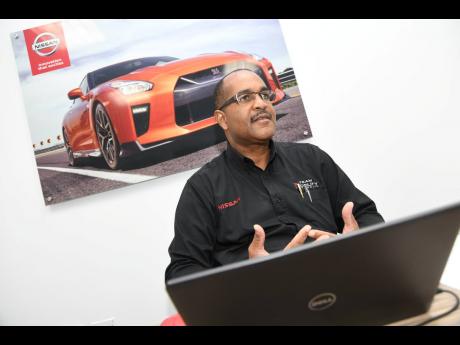 When one hears the title ‘Major’, it conjures up an image of the stern disciplinarian who never smiles, one that we often see in movies. Well it is with pleasure that we introduce a very pleasant, jovial person who actually smiles, but takes leadership seriously.

Major Gregory Webster is a retired army officer who is now the managing director of Fidelity Motors Limited. One would ask why the major made this transition, but with his love for cars, Webster just could not stay away.

“In the army, I was a pilot. That was my chosen profession, so I was around mechanical things. When I left the army, I continued flying for a while. I had always liked cars, always had cars, used to race go-karts as a youngster, used to ride motorcycles, and so I decided to go into the automotive field since I was in it already,” he explained.

Being in the automotive field is not so farfetched for Webster as he says that his army career has helped him in his current position. His experience has helped in making critical decisions and being an effective leader who tries to avoid chaos even though he admits that some chaos is understandable.

“They say chaos is what makes any industry work, enuh,” he said chuckling.

The major went on to explain that reading is very important within the industry. From the different magazines and papers on alternative fuels and electrical vehicles to the company newsletters, he sets aside at least an hour each day for reading so that he can stay current.

Webster described being managing director as interesting; he has a front seat to the various accomplishments of Fidelity Motors.

“It has been interesting and a long road. I was here from the very beginning, from when we were in partnership with GraceKennedy and there was nothing here,” he said.

“So when we moved over here, we started with 30 employees, no sales for a few months, selling very little ... and to see where we are now 18 and a half years later, that’s a big achievement.”

The company now has 63 employees, and Fidelity Motors has become a household name in Jamaica.

With all his responsibilities, one has to wonder when Webster has time for fun, to which he responded: “I have fun all the time. Work is fun. work is what you make it,” he said. “If you don’t enjoy what you are doing, you should stop and do something else.”

Furthermore, Webster says that he is an avid motorsports fan but mainly watches now.

“I follow everything having to do with motorsports,” he said before listing all the different motorsports meets, from Formula One to those in Japan and Europe.

To further prove how much of a fan he is, Webster shared having his own Ford Escort.

“I had an Escort back in the day at Vernam Field, which I had brought back from England when I came back from military school ... but that was in the 1979. I haven’t had anything else since, can’t afford it,” he laughed.

Described as a people person who loves to share his experiences, Webster, also seeks to impart some of his knowledge and vast experience, as he is involved in mentorship and so has Fidelity Motors, which assists students with internships and some mechanical training.