From a redundant staff member to a successful entrepreneur 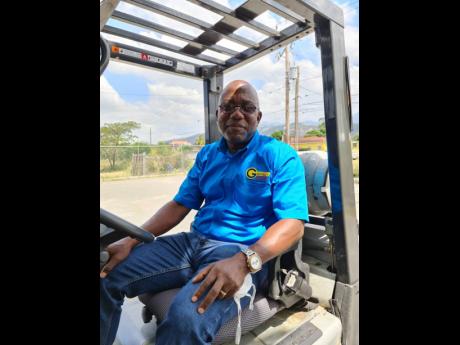 Photo by Kareem LaTouche
Alphonso Grennell sitting in his forklift that is used to teach students. 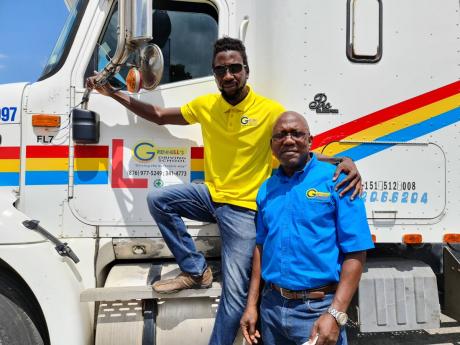 Photo by Kareem LaTouche
Alphonso Grennell (right) and his son, Seth, have developed a very encouraging and supportive business relationship.
1
2

Alphonso Grennell, the owner of Grennell’s Driving School (GDS), has gone through the highs and lows to become a thriving entrepreneur.

He stated that his business began operation on June 1, 1999. “I started my business out of what people would have regarded as a negative situation. I was working in the corporate world and my position was made redundant, but I took the knowledge I gained from my time at the organisation to start a driving school that is second to none.”

He added that GDS is geared mainly to deal with road safety and occupational health and safety. “The main mantra is to help prevent accidents on Jamaica’s roadway. So I embarked on several initiatives to achieve this.”

“I wanted to ensure that the people that passed through this school just didn’t get a licence, but were being safe on the roads and doing everything reasonable to avoid accidents. Circumstances will come your way, but it is how you deal with that negative. Mountains definitely will come, but you have to decide if you’re going to walk over it, walk under it or possibly just blast it out the way,” he informed.

Grennell mentioned that, 13 years ago, he started the Jamaica Drive and Traffic Safety Exposition. “The primary aim is to bring awareness to the motoring public on how to use the road properly and how to drive. We ensure that they are properly trained regarding the vehicle they’re driving.”

He also added that the school aims to educate pedestrians on how to walk on the road and inform people on the clothing to wear at nights.

Additionally, he said that road safety has a critical part to play in terms of the safety and public health of our country. “GDS has moved from just teaching people to operate a motor car to how to operate vans, trucks and tractor trailers, and we have done international safety training for forklift operators.”

“At Grennell’s, we offer regular defensive driving, which is training for whoever wants to drive defensively and prevent accidents. Also, we specialise in defensive driving for professional truck drivers. This programme is geared mainly for tractor trailer operators and large unit operators,” he noted.

Dealing with a minor setback

When asked how many students visited Grennell’s Driving School yearly prior to COVID-19, he reported that approximately 2500 to 3000 people were trained, and this includes both learner drivers and defensive drivers. “We go to companies and train company drivers and we have open courses where people come and take part.”

However, he commented that, with the rise in COVID-19, the turnout has declined. “Since the rise of the pandemic in March last year, we had to close for eight weeks. But, since we started operating again, the company has implemented several measures to ensure that there is no transfer of the virus, whether to students or from students to instructors. Our vehicles are thoroughly sanitised, instructors sanitise themselves and wear their mask once they are in the work area, and students have to do likewise.”

He highlighted that things are not a hundred per cent where it used to be prior to COVID-19. “But, we’re at a stage where it is manageable. We can still earn enough to pay our bills and staff.”

“We saw a lot of challenges at Grennell’s, as the first six months of operation were really torrid times. However, many people who start business will know that initial resistance to movement is great, so you must press on until things happen,” he affirmed.

Grennell also revealed that he started with one car. Now GDS has a fleet of 14 vehicles plus a forklift. “We have gotten two awards from Federation Internationale de l’ Automobile and many other local and international awards.”

“It’s not about Grennell’s, because I couldn’t have done it without the team. And its definitely not about a pat on my shoulder, but to share a story that will inspire others that if I can do it, they can do it too,” he added.