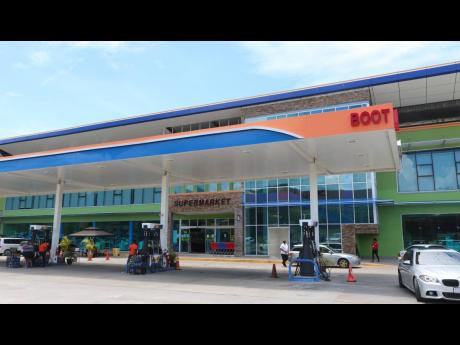 Photo by Christopher Serju
Located in Drax Hall, St Ann, the Boot service station is said to be one of the island’s largest, offering a diversity of services, including a supermarket, pharmacy and a call centre. 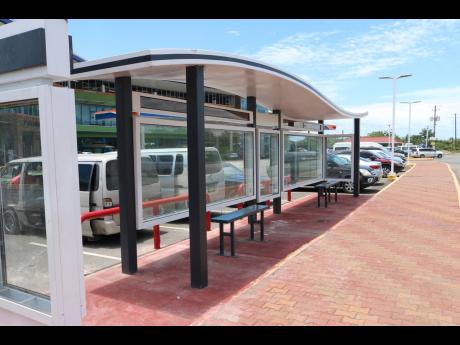 Photo by Christopher Serju
This stylish bus stop is among the facilities customers can enjoy when they visit the Boot Service Station in Drax Hall, St Ann. 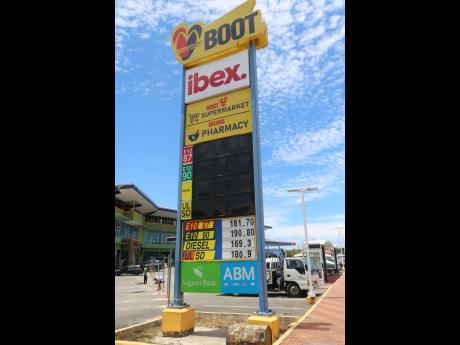 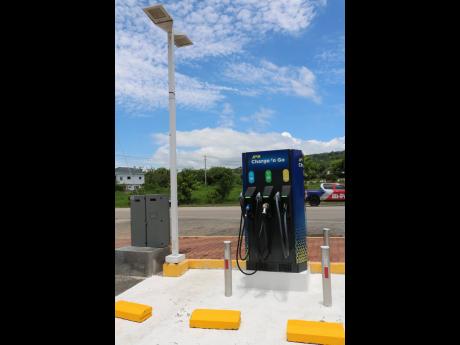 Photo by Christopher Serju
An electric vehicle charging station is among the facilities provided by the Boot service station in Drax Hall, St Ann.
1
2
3
4

As if the strategic location of the Boot service station at Drax Hall, St Ann, just after exiting the Edward Seaga Highway, were not enough, the range of amenities offered under one roof is just amazing. In addition to one of the largest supermarkets in Jamaica, there is a BPO call centre, a well-stocked pharmacy, a delicatessen, bill payment, lottery outlet and a popular fast-food franchise will soon be added to the offerings.

And it was built to attract and retain customers, with the needs of motorists traversing the highway taken into consideration, according to owner/operator Wayne Anthony Boothe.

“The reason we created the amenities was for you to enjoy a real pit stop, rest stop. On your way from Kingston after travelling 7,000 kilometres, everybody who finishes the toll road breathes a sigh of relief,” he told Automotives, after the recent commissioning of the first charging station for electric vehicles by the Jamaica Public Service Company (JPS).

Boothe, whose choice of a brand name was pressed upon him in his early years, as most Jamaicans would pronounce his family name as ‘Boot’. “No one in Jamaica pronounces Boothe with their tongue between their teeth,” he disclosed. “Them just say me a go dung a Boot, so Boot it is,” he said with a laugh.

The businessman who was among the independent operators to challenge the stranglehold of the multilaterals when the service station industry was deregulated, and whose service revolved mainly around the sale of gasoline, lubricants, oils and the like, with some also offering grocery items, knew that he had to be significantly different – offering much more to prosper. So, when the concept of electric charging stations was first broached, he kept an open mind, despite the pushback from some colleagues.

“I bounce the idea off one of my friends and say ‘what you think about electric cars’? Him say, boy Boot, you can’t embrace it you know because if you notice the multinationals aren’t,” which gave the enterprising business operator much food for thought, and, at the end of day, he figured that those companies didn’t need to diversify their offerings, since they were doing quite well on the volumes of their gasoline sales alone.“I say well, you know suppen, I am going to embrace it. Everybody else was very hesitant in signing up with JPS. I took the bold step and sign with them and say, listen, I will be going on board. In other words, technology come in, you grab it and move with it or you run the risk of being left by the wayside.”

However, even as he boldly embraced the change, Boothe realised, as he admitted at the commissioning, that he could in effect be shooting himself in the foot, if electric vehicles really catch on in Jamaica and cut into his petrol sales. So, despite some reservations, he pressed on. A challenge such as this brings out the best in him, according to Boothe. “Me love competition, so it keeps me pon me toes and brings out the best in me.”

By the time JPS approached him, Boot Service Station was already well ahead of the curve, reducing its carbon footprint with 20 per cent of the electricity used on the compound, produced by the 180 425-megawatt solar panels on the roof.

“We nuh done yet,” he announced. “We are adding another 500 similar panels which will give us an additional 50 per cent so 70 per cent of the power we use will be generated here. Not only will that save us valuable foreign exchange, it also makes us less dependable on fossil fuels and protects the environment concerning the amount of waste we would emit into the atmosphere, if we weren’t going to be using those 680 panels.

“Our tagline is, ‘Everything in one boot’ and today we are going to add one more line, ‘Charge and go.’”

The level three or rapid charging unit can facilitate a full charge with 20-30 minutes and features two European (CCS type 2) and a Japanese (CHAdeMO) option. It is projected that a 20-minute charge, which can take the car’s charge level from 20 to 80 per cent would cost about $450 compared to the $2,000 in gasoline it would cost to travel from, say, Kingston to St Ann.