Palisade - A mixture of style and size 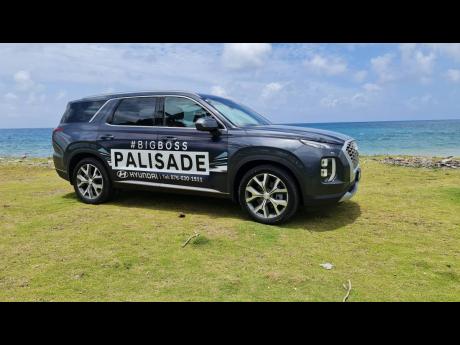 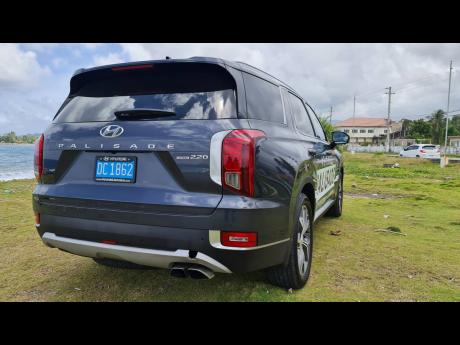 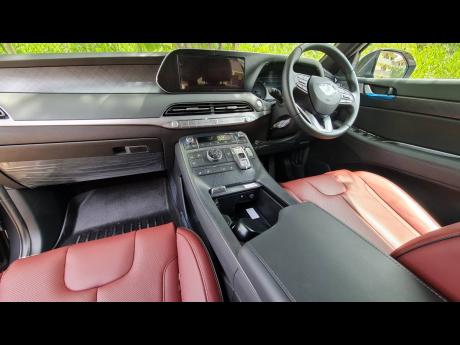 Kareem Latouche
With NAPA leather seats give the interior a luxurious feel. 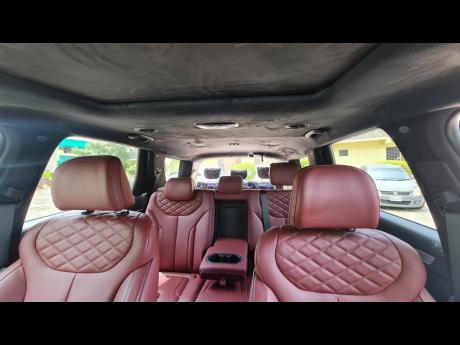 Kareem Latouche
There are eight seats, with the third row being able to electrically fold down. 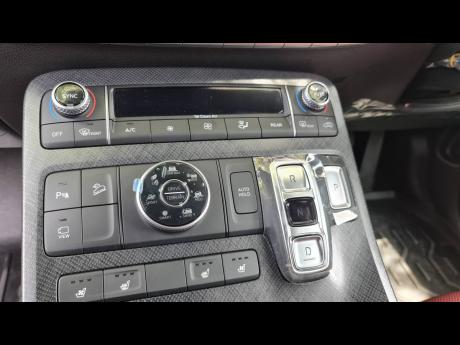 Kareem Latouche
Some of the controls are on a gradient for easy access. 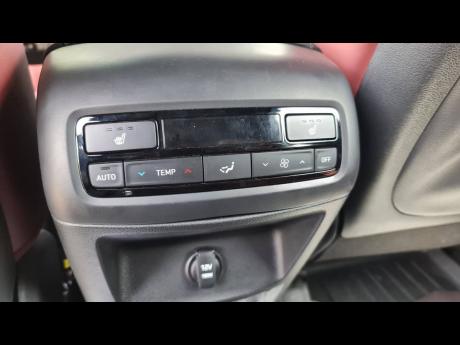 Kareem Latouche
Rear passengers have their own climate control buttons. 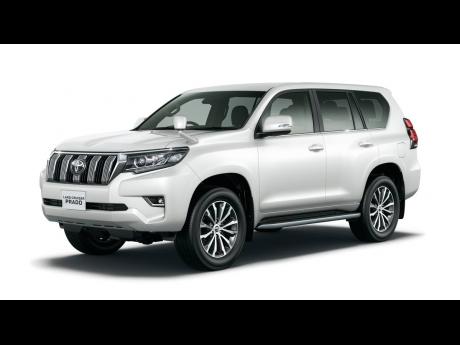 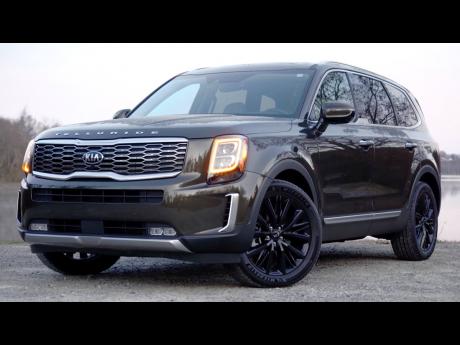 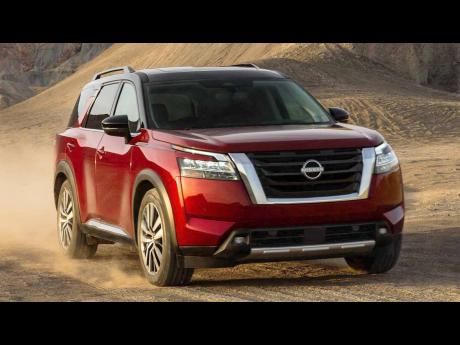 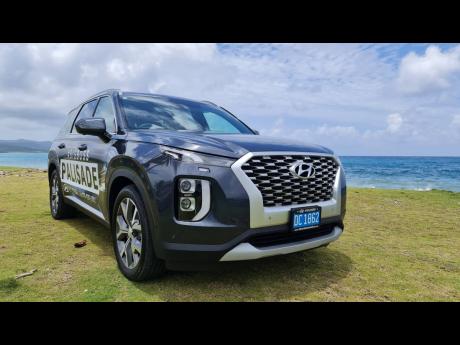 In 2018, Hyundai took a bold step by unveiling their mid-size SUV, the Palisade, which eclipsed their previous top-tier model, the Santa Fe. With a wheelbase of 2900mm and height of 1750mm, its a bona fide eight-seater that is intended to stand out on the road.

The predominant front grille is littered with scale-type accents and an intricate lighting system,which makes it hard to mistake on the road. There are two small circular lights that are positioned vertically, with another thin strip of horizontal light placed above it. These two are encompassed in a LED light, which is shaped like a reversed ‘c’. It was as though the designers asked themselves, how could they futureproof this vehicle, and then they came up with the exterior. It is definitely something bold and intended to make a statement, with 20-inch factory rims that have aggressive designs.

The character lines are pronounced around the wheel arches, and with a ground clearance of 203mm, it gives the vehicle an overall dominant look on the road.

An interior that stands out

Once the doors are opened, things are taken up a notch, as it exudes sophistication and status, clearly putting it in line with luxury brands like Mercedes Benz and BMW. Equipped with NAPA leather seats that have ventilation, to apply cool air to the mid and upper back, this sets the tone for what to expect .

The gear selection for the 2.2-litre engine are buttons, rather than the traditional lever. For some time now, this has been the preferred choice for the premium models of high-end vehicles, like some of the Audi brands. It does take some getting used to, but the transmission is very responsive, which helps the motor skills to adapt faster. The uniqueness doesn’t stop there as the park break is a small toggle on the dashboard.

A third of the buttons, which comprise the temperature control and driving modes, are on the centre console, which is on a gradient, rather than a vertical layout. This design makes the hand motion feel more natural when changing the temperature or selecting the surround-view camera.

Above the centre a/c vents is an eight-inch touch screen, equipped with HD radio, Bluetooth, and a host of other features. Though it is jam-packed with a lot of technology, I wish it was a bit more responsive to touch and there was more synergy between the information tiles.

There are at least five USB ports and a wireless charging bed, concealed in the centre console, next to the cup holders. Throughout the vehicle, there are multiple compartments for storage with practical designs, like the bin below the armrest. It is big enough to hold a handbag and has an inner compartment that can hold glasses.

Around the back, there are a/c vents in the roof, which are both effective and practical as they are uniquely positioned to cool down the passengers. Rear passengers also have designated climate-control options along with digitally controlled seats.

The first thing I noticed was how quiet the interior was, especially with the 2.2-litre turbo-diesel engine, which churns out 193 horsepower. This engine is tried and proven by both Kia and Hyundai, and I remember experiencing it in the Santa Fe some years ago. It is very responsive and gets this heavy vehicle moving in and out of spots with relative ease.

The eight-speed transmission can be controlled by paddle shifters to give a more engaging ride. In addition, there are four driving modes to select from: Comfort, Eco, Smart, and Sport Mode, with Smart mode being the recommended option for the average driver, as it will use your driving style, as well as data from the vehicle, to determine how much power the vehicle needs.

Occasionally, while driving, I switched to Sport mode just to feel the difference, however, it was not needed, as Smart mode was quite sufficient. Complementing these modes are the terrain options, Sand, Mud, and Snow.

Another standout for the vehicle was the comfort as it has the perfect blend of cushion and firmness for whatever terrain the vehicle is on. This is accomplished with McPherson struts with gas shocks at the front and multilink struts with self-leveliser shocks at the back. This suspension set-up really does wonders for the Palisade as it gives drivers confidence when cornering or going over rugged terrain.

The Palisade is very forthright in its mantra of mixing style, space, and luxury as it carries passengers around. The South Korean manufacturer is aware that it is a relatively newcomer to the market, and as such, is throwing everything, including the kitchen sink, into the Palisade to ensure that it impresses buyers.