Neil Gore’s involvement in the golf and racing arenas 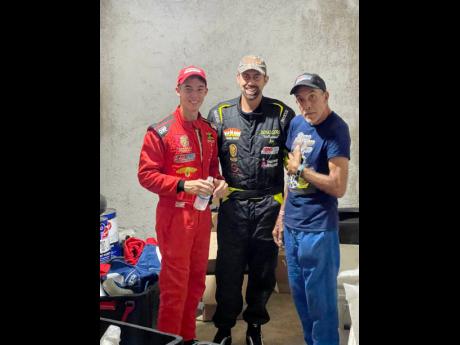 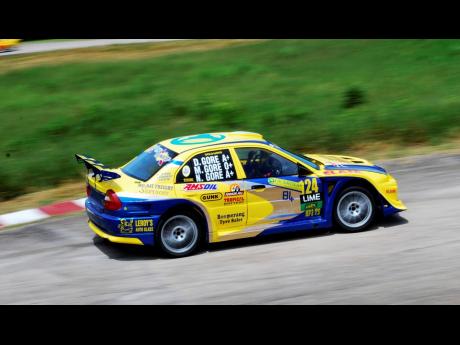 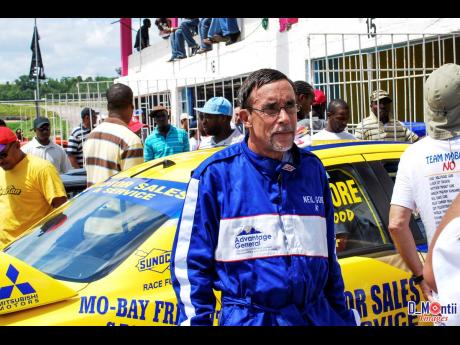 Contributed
Neil Gore at a meet. 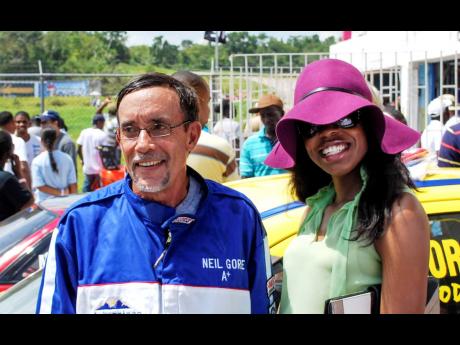 Neil Gore has enjoyed the competitiveness of both motor racing and golf, at an elite level, where his interest in racing started a few years before he began venturing into the profession of golf. “I started racing in 1969 at Vernamfield whenever they had a meet until the early seventies.”

Gore stated that, because his Escort Mexico, which he drove at Vernamfield in 1973, was not fast enough, he went to England and bought a Holbay racing engine for the vehicle, which helped him have a lot of success in the races. “I came back and beat a lot of the fastest cars, and seeing guys like Gordon Roberts and Peter Moodie with the B-6 and B-8 engines, I wanted to beat them, so I tried to get a faster engine.”

He continued, “I think the engine cost around 4,000 USD, though it was coming from England, so I tried to borrow the cash from my bank manager, who asked me how I was going to repay him and the type of work I did. Then he said to me, ‘son, I think you need to talk to your father.’ At that point, I decided that I was going to give up racing, and I took up golf, and from 1975 to 1977, I represented Jamaica in the Herman Cup competition.”

While focusing on golf, he shared that he left Jamaica because of Michael Manley and the socialist movement and went to live in Florida. Then he moved from Florida to Texas and came back to Jamaica in 1980. Then, in 1984, he made the golf team again to represent Jamaica and went back to Florida.

Gore highlighted that when he came back to Jamaica in the 1990s, Doug Gore, his son, assisted him in getting a car from Japan, a 300-horsepower turbo Starlet, which helped him to become a two-year champion at Dover in the 1990s.

But, though he loved racing, during his earlier years he highlighted that the rally wasn’t his strong suit. “I did rally events three times, and the first time I lost in Kingston, the second time I lost in May Pen, and the third time I raced with some professionals, Collin Whittingham and William Lord, and we came third.”

He also stated that he didn’t enjoy rallying because, in those days, it was more navigational and you had to drive at a certain pace, because if a racer went too fast, they would get penalised, so he moved to circuit racing. “I also did some drag racing one or two times and didn’t like it because the engines would blow up, which was a major expense, but with circuit racing, you used skill and timing to get ahead, and I preferred that.

“To be allowed to play the circuits in Jamaica, they put on tournaments in Runaway Bay, Montego Bay, Mandeville, Caymanas Park, or Constant Spring so that you could qualify to get a position on the race team.”

When asked if racing was always what he wanted to do, he said that as a young man leaving school, his father always helped him to get cars that were fast, so racing and driving cars on the road was a thing he did most of the time.

Additionally, it was his knack for paving tiles that allowed him to develop his driving expertise, because he travelled across the island. “I used to lay tiles for Gore Brothers, take contracts in the country and all over the place. I also sold tiles and got a commission, so that’s how I earned a living, and because of that experience, I used to be on the road quite a bit, so I developed the ability to be an excellent driver.“

What influenced him to start his business

Gore shared that he loved and enjoyed fixing things, so after going back and forth to Florida and occasionally coming back to Jamaica, it was in 1998 that he formed the MoBay Service Centre (MSC) with his son. “Doug said let’s form a company and service people’s cars in the Freeport area of Montego Bay.

“Doug had a little office at the back of Cargo Handlers, where hardware stuff were sold, so we operated around there for maybe two years and eventually got a bigger location. We occupied two acres of land there and were quite successful.”

During the original start-up of the company, Gore shared that they did a professional type of body servicing on vehicles and collaborated with ATL Automotive. “ATL used to work with us, because they didn’t have a body shop here in Montego Bay and we did very well operating with them.”

He highlights that they built race cars to go faster, repaired quite a few vehicles, and put them back on the road. “We have done a lot of servicing for most of the companies in the area, such as the Heart Group, when we just got started, and quite a few other companies still come to us.”