JPS to pay $1.3b dividend to owners 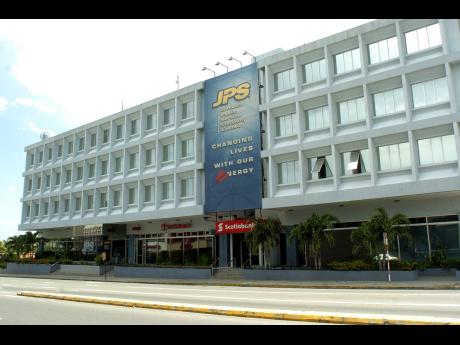 In just over a week, the board of Jamaica Public Service Company will vote on a proposal to distribute around $1.3 billion to the power utility's owners as dividend, nearly a fifth of which would flow to the Jamaican government.

But the funds are being doled out at the same time that JPS is ramping up its borrowings, having just added US$60 million of new debt to its balance sheet this month that is earmarked for refinancing of existing liabilities and reinvestment in its infrastructure.

The JPS board will decide on November 12 whether to pay out US$10 million to the owners, which translates to $1.28 million at spot market rates. The company plans to tap its retained earnings, or accumulated profit, which at September of this year was estimated at US$173.8 million, to finance the dividend payment.

Co-parents of the Jamaican company, Korea East-West Power and Marubeni Corporation of Japan, would each receive 40 per cent of the distribution, and the Jamaican government would get 19.9 per cent.

JPS consistently pays dividends on five classes of preference shares listed on the Jamaica Stock Exchange, mostly on a quarterly basis distributions that the Financial Gleaner estimates at around $300 million annually.

But payment to its owners, the holders of its non-listed ordinary stock, is not as consistent. Dividends on JPS' ordinary shares were last paid six years ago, in 2012, when the utility doled out US$5 million.

JPS has not said why it would be distributing cash at the same time as it was adding debt to its balance sheet. Head of corporate communications Winsome Callum initially commented that no dividends had been paid in around seven years and that the investors would eventually want a return on their investment.

The utility added later Friday that the investors had not paid themselves a dividend in the intervening period, because they had taken the view that it would have come at the expense of the ongoing investment programme.The JPS board will vote on the ordinary dividend on November 12, which, if approved, will be paid to shareholders on November 30. At that board meeting, the directors will also approve the distribution of US$2.3 million on November 30 as dividend on its Class F 9.5% preference shares, the same sum it has paid annually on those prefs since their issue and listing in 2013.

The top holders of those prefs are various Jamaican pension funds.

The US$60.625 million of new borrowings was arranged by CIBC FirstCaribbean International Bank Jamaica. JPS signed the loan agreement with the bank in late October. The funds will be distributed in US dollar and Jamaican dollar tranches, as the utility's needs dictate, but the financing terms were not disclosed.

JPS held US$1.12 billion in assets at September 2018. Its borrowing then were estimated at US$390 million, or a third of its assets, not including nearly US$25 million of preference share obligations.

However, its total long term debt at $439 million is nearly equal to the utility's capital base, with equity of $443 million.

Year to date September, the company has made more than US$21 million of net profit, well ahead of the near US$15 million recorded at the nine-month mark in 2017.