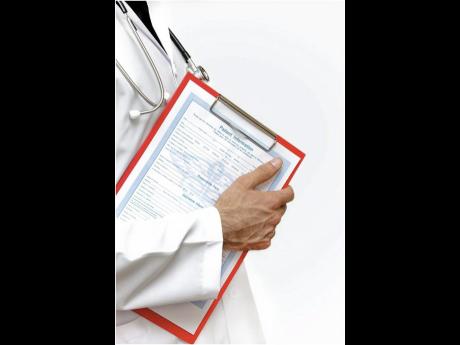 Dr Alfred Dawes is a medical doctor. More precisely, he is a general laparoscopic and weight-loss surgeon.

Grammarly, a digital writing assistant, has rated me as being among the top 10 per cent of its subscribers who use unique words. Should I be flattered by being listed among this elite group, or dismiss that label as a subtle sales pitch designed to get me to buy the service?

Happily, I have a free, all-knowing source of information. It explains what surgeons like Dr Dawes do. Laparoscopy, by the way, is a type of surgery that uses smaller cuts, or incisions, than those that general surgeons make.

Dr Dawes is also a contributor to this newspaper. His October 24 article 'One man's fight with his insurance company to treat his deadly cancer' caught my attention. I read it several times. The subject was Kinte Mendez. The article described Mr Mendez's experiences after he took out a critical-illness insurance policy seven years ago. Critical-illness insurance provides money when certain kinds of fatal illnesses are diagnosed.

In May of this year, the policyholder was diagnosed with an illness that is fatal. Initially, the insurer denied the claim. Policy funds were urgently needed to pay for the next round of chemotherapy to combat the "aggressive and deadly disease" and to keep him alive.

"Time is running out," Dr Dawes wrote. Mr Mendez "would have to take it (the claim) up with the company's legal department, if he didn't like it", the article read.

The reason for the insurer's refusal to pay the claim was that the insurer's medical director advised its claims official that the policyholder's illness was caused by skin cancer. Skin cancer was not listed in the policy as a critical illness.

The correct diagnosis for the illness, which is "so common in Jamaica that we routinely screen pregnant women and donated blood for its presence", was adult T-cell lymphoma/

leukaemia (ATLL), according to Dr Dawes. It is caused by a virus, HTLV-1. Local and overseas medical experts agree that this form of cancer "could show up first in the skin but spread throughout the body, ultimately causing death. Nobody has ever been cured of ATLL".

Several things bothered me about the way the claim was handled:

- The policyholder was engaged in a life-and-death struggle in which he was getting progressively ill. At the same time, he had to be fighting his insurer to get money to pay for urgently-needed chemotherapy medication.

- There was apparently no mechanism in the insurer's claims process for it to get an expert, quick and independent review of a claim when a claim was mishandled, although it was selling protection against critical illnesses. The company acted as an appeal and supreme court.

- The claims official displayed a lack of empathy to the policyholder.

- The claims process was opaque.

- The technical competence and experience of the claims official were uncertain.

Three days after the article was published, Mr Mendez sent me copies of two letters via email. They were written by a haematologist/oncologist and a radiation oncologist. They confirmed Dr Dawes' opinion.

The US and Canadian board-certified radiation oncologist stated that "my clinical determination is that Mr Mendez does not meet any exclusions based in the policy and hence should be covered in accordance with his insurance plan".

The National Institutes of Health/National Cancer Institute website lists ATLL as an "aggressive non-Hodgkin lymphoma" whose signs include "bone and skin lesions". This was the source that he referenced.

I contacted the insurance company head on October 29. I enquired about the reasons for the company's refusal to pay Mr Mendez's claim. I also asked to see a specimen copy of the critical-illness contract and the opinion of its medical consultant. Privately, I wondered if the claim was being managed in compliance with international standards.

The insurer's financial statements are prepared in accordance with International Financial Reporting Standards. I have consistently argued for improvements in how claims are handled by insurers over the course of many years. Were there any good reasons why the standards for the provision of insurance services should be lower than those for accounting transactions?

The response of the senior assistant general manager was very disappointing. He appears not to have grasped the size of the reputational damage that the poor handling of Mr Mendez's case has done to his company's brand.

A simple admission that "we screwed up" would have been a good place to begin. No admission of guilt was offered. His 601-word document and the specimen policy were just that: words. It was as if he had not read Dr Dawes' article or the company had learned nothing from its interactions with Mr Mendez. It was cold and clinical.

In describing how claims decisions are made, he wrote: "This (claims) committee includes a chief medical doctor, a lawyer, the claims manager, and an underwriting manager, who deliberate and ascertain whether the claim qualifies for payment in accordance with the terms and conditions of the insurance policy."

The company's senior official is ignorant of the International Association of Insurance Supervisors' November 2017 403-page Insurance Core Principles generally, and specifically the following:

- "... a dispute may arise between the claimant and the insurer on the claims settlement amount or coverage. Staff handling claims disputes should be experienced in claims handling and be appropriately qualified," and

- "dispute-resolution procedures should follow a balanced and impartial approach, bearing in mind the legitimate interests of all parties involved. Procedures should avoid being overly complicated ... decisions should include reasoning in clear language relating closely to the specific disputable issues."

The Insurance Association of Jamaica sought in a statement dated November 4 to "clarify the insurance claims process". It did not. Mr Mendez was treated simply as another statistic - not the "living, breathing human being" that Dr Dawes described.

Later the same week, the insurer finally saw the error of its ways. It decided to pay the claim. Were it not for Mr Mendez's determination to fight for settlement in the spirit of Dr Dawes' childhood hero, Kunta Kinte, the outcome would have been different.

- Cedric E. Stephens provides independent information and advice about the management of risks and insurance. For free information or counsel, write to aegis@flowja.com