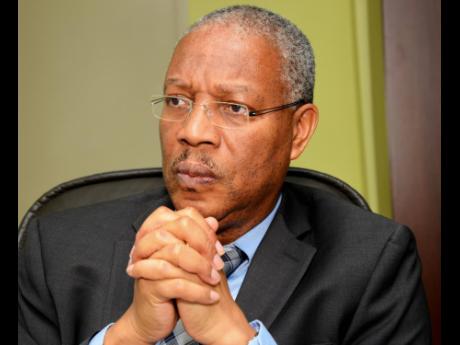 Fourteen jobs at Community & Workers of Jamaica Co-operative Credit Union Limited, C&WJCCU, now hang in the balance following a US$1.5-million upgrade of the credit union’s information technology system and the closure of a branch in Kingston last month.

“It was a significant investment and after spending US$1.5 million you hope to get the benefit. The system was successfully implemented, and what you are seeing now is redundancies throughout the organisation due to improvements from the system,” said CEO of C&WJCCU Carlton Barclay.

The credit union also took the decision to shutter its Harbour Street branch on May 31, on the grounds that the branch was contributing less than five per cent of total revenue.

In a public notice on April 24, C&WJCCU advised customers that all accounts maintained at the Harbour Street branch would be transferred to the East Parade branch. The property at Harbour Street is being placed on the market for sale.

The credit union named the East Parade, Half-Way Tree, Newport West and Marescaux branches as the closest of its branch locations for customers to continue conducting business.

“That was closed because it is a loss-making branch. The traffic going through there was very small and we had to maintain this big property. We thought the best thing to do, given the proximity of the other locations, was to close the Harbour Street branch,” Barclay said.

The five staff members that were stationed there, plus another nine employees across the financial institution, were given notice by C&WJCCU that their jobs were at risk of being made redundant. C&WJCCU employs 200 staff members across is 21-branch network.

Barclay said the credit union was still considering whether it could retain the jobs.

“It is not a done deal. No decision has been taken as yet. So during the consultation process, it is possible that we could change our minds and instead put people into areas where we feel they would be of greater value to the organisation,” he said.

“Once the consultation has concluded, we will either have the redundancy exercise or staff will retain their jobs, but maybe in another capacity.” The assessment was due to wrap up this week.

Eight of the anticipated 14 redundancies will come from the Half-Way Tree Road corporate office.

“The reality is that we can’t restructure and only tellers go, so it includes from the senior level right down the organisation. If the system is all that good, it means you need less top, middle and bottom, and that’s exactly what we did. It’s really about reorganising to improve efficiencies,” Barclay said.

The restructuring of C&WJCCU follows from its merger with the St Elizabeth Co-operative Credit Union Limited, SECCUL, last September which created combined assets of $15.63 billion and a membership base of 122,000 for the institution.

Prior to that, C&WJCCU took the decision to permanently close the Eureka Road branch on January 31, 2018, saying it was underutilised and that was “the best time to close the location”, since the financial institution had seen excellent growth in 2017.

The subsequent merger with SECCUL increased its asset base to $15.63 billion.

C&WJCCU plans to list $900m worth of deferred shares on the stock market ‘by introduction’ this summer, which would be a first for the sector.