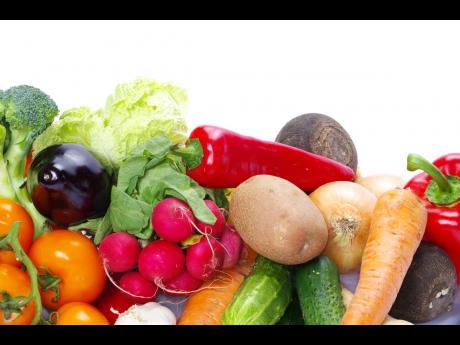 Drought conditions across the island have sparked an average 50 per cent increase in fruit and vegetable prices at the farm gate over the past week, fuelling concerns that consumers could be forced to fork out more dollars for produce at grocery outlets and food markets.

For the week ending July 6, the price movements ranged between $10 and $92 on different produce, with some of the biggest increases falling on carrots and cabbage, according to data from the Jamaica Agriculture Market Information System (JAMIS). However products like plantain, pumpkin and pak choi saw a decline in price, while some, like cucumbers, callaloo and green bananas, were unchanged.

Some of the products that saw price increases per pound and their percentage movements were:

“Fruits and vegetables islandwide are trending up every week because of the unavailability of most produce due to the drought. Most of the parishes are rolling out their drought activities, like trucking water and getting irrigation hoses,” Xavier Charvis, marketing officer of the Rural Agricultural Development Authority, RADA told the Financial Gleaner.

Expectations are that fruit and vegetable prices could hit its peak point over the next four weeks if the drought conditions continue. Data from JAMIS showed that the highest price customers were willing to pay per pound for vegetables were: carrot $250; lettuce $300; string bean $250; broccoli $600; and tomato $150.

“There is usually a top price for most of the produce. You really won’t see it going beyond a certain price because once it goes beyond that, wholesalers are just not going to buy it. That price will be determined by the higglers and the Coronation Market, since it’s the largest wholesale market for farmers,” the marketing officer said.

“Depending on what takes place there, the prices can change within an hour. You go there in the morning and the prices are at a certain point. The sellers watch the volumes coming into the market and what’s moving out. By midday, the price is doubled,” Charvis said.

On Tuesday, Member of Parliament J.C. Hutchinson, in his Sectoral Debate presentation to the Houses of Parliament, disclosed that the Ministry of Industry, Commerce, Agriculture and Fisheries, through RADA, will be providing $15 million in direct assistance to farmers while proper assessment is done to determine further assistance or interventions.

Under the ministry’s Production Incentive Programme, another $19.95 million will be allocated through the members of parliament to provide additional inputs to farmers nationwide to mitigate the full impact of the drought conditions.

“Production is low,” said Charvis. “What farmers are doing instead is land preparation, and they are awaiting the rain – 90 per cent of Jamaican farmers rely on the rain. As soon as the rain starts, the seeds will go into the ground,” he added.

RADA is still assessing losses across the industry from the drought, but its impact is evident in the quality of products on supermarket shelves and in the markets.

“It’s times like these that the quality of the crop is compromised; the texture, uniformity, and the size as well. Carrots will be very small,” the RADA official said. “When farmers shake the carrots, they need the rainfall for the carrot to seed almost immediately; but now we are seeing poor germination because of the lack of water.”

The parishes said to be most affected by the drought conditions are Clarendon, St Catherine, Trelawny and St Elizabeth, despite some 300 farmers of the parish benefiting from the provision of drip irrigation tools and equipment valued at over $69 million in May.

Aside from the $35-million injection, Minister of Agriculture Audley Shaw also told the Financial Gleaner that he is in discussions with the Food and Agriculture Organization of the United Nations, the International Fund for Agricultural Development, and the United Nation Green Climate Fund to provide Jamaican farmers with drip irrigation systems.