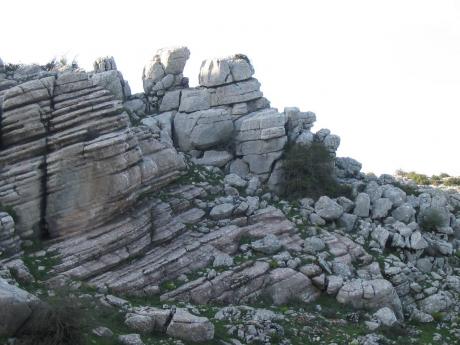 Jamaica World, a local industrial development start-up, has partnered with a global contract mining company out of Spain, called EPSA, for the development of a limestone-processing operation near Rio Bueno.

The start-up, which plans to operating in the mining, real estate, and renewable energy sectors, has applied to the National Environment & Planning Agency, NEPA, for a permit to mine an initial 50 hectares of land within Bengal, which is located between Rio Bueno, Trelawny, and Discovery Bay, St Ann, and is four kilometres from the Trelawny parish border.

Plans are to extract high-quality limestone from an open-pit quarry in Rio Bueno and process it for sale as aggregate, pulverised limestone, quicklime, hydrated lime and lime slurry.

The principals behind Jamaica World were not immediately ascertained. Its operation will compete against Lydford Mining in St Ann and John’s Hall Aggregates, which operates two depots located in Falmouth and Montego Bay. The market also includes Jamaica Aggregates, a joint venture created between Jamaica Pre-Mix and French industrial company Lafarge in 2008. Jamaica Aggregates operates a plant in Yallahs, St Thomas, and Agualta Vale, St Mary, to service the eastern and northern ends of the island.

Jamaica World, which currently has as its only asset 572 acres (231 hectares) of land in Jamaica, hopes to supply some four million metric tonnes of construction aggregates over the next five years to the growing tourism sector. Roughly 100 Jamaicans are expected to be employed by the project, while the Jamaican Government should rake in an additional $636 million in quarry taxation.

Between 2001 and 2007, sections of Rio Bueno was mined by Argentine engineering and construction company Jose Cartellone Construcciones Civiles SA. Approximately two million tonnes of limestone from the site was used for the construction of the Queens Highway leg of the North Coast Highway.

Five years later, Diamond Property Development Company applied to the Ministry of Energy and Mining to renew quarrying on Puerto Bueno Mountain, located between Rio Bueno and Discovery Bay, but the proposal was challenged by residents and environmentalists. The 450-acre mountain area, which was owned by Diamond Property Development Company, was recommended for protection by scientists since 1969 as one of the few remaining dry limestone forests in the Caribbean.

Environmental interests working to protect the area said the site remains in virtually the same condition it did when Columbus dropped anchor off Jamaica in 1494. They argued that the forest, along with the rare and threatened species that inhabited it, would be irreversibly destroyed by quarrying.

Jamaica produced 72.673 million tonnes of industrial minerals last year, down from 89,531,000 tonnes in 2017. Limestone and whiting had the highest production volume of 33.208 million tonnes, followed by sand and gravel at 18.019 million tonnes, and marl and fill at 17.241 million tones. Other minerals produced were silica sand, gypsum, shale, pozzolan, marble, and clay.

Efforts to locate Jamaica World’s principals and get comment from its environmental consultants were unsuccessful.

However, the valuation of the Bengal quarry site projects a reserve of 126 million tonnes of limestone aggregates from seven boreholes. The start-up company is targeting the north-western end of Jamaica for the sale of construction aggregates, based on the tourism sector’s growing need for worker accommodation and other amenities.

“Traditionally, the use of crushed river aggregates has been the preferred raw material choice of concrete manufactures due to the combined factors of hardness, angularity, availability and relative ease of mining,” said the environmental impact assessment report, EIA, filed with NEPA.

The EIA argued, however, that in Jamaica, the river sources for this material are located largely in the eastern section of the island, and noted that the exploitation of these reserves are constrained by the relatively long dry periods experienced over the past five to 10 years, making it more difficult to harvest and manufacture construction aggregates.

“Limestone aggregates have consequently gained acceptance as an alternative material for use in the construction sector, provided the challenges of chemical purity, hardness and availability are successfully navigated,” the report read.

Phase one of the extraction operation is estimated to run five years, four and half of which will be used by Jamaica World to extract limestone at a rate of one million tonnes per year. The remaining four months will be used by the company to prepare equipment, decommission and commencement of phase two.

Jamaica World will ramp up production during phase two which covers 20 hectares, the largest area for extraction, from which it expects to yield 15 million tonnes of mined materials over about eight years. The final phase should take three years for extraction to be completed.

The life of the quarry is calculated at 20 years, but the environmental report says the period can be lengthened to 30 years, should extraction be done to sea level.

Its partner on the project, EPSA, has over 20 years of specialisation in earth-moving works in various countries across Europe, Africa, America, Asia Pacific and in Australia. The company has assets of more than US$900 million. Jamaica World did not disclose how mining cost will be split between the companies.