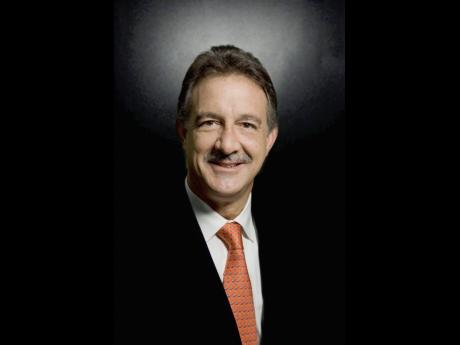 Andrew Issa will soon roll out a new real estate development on the road to doubling the volume of commercial space held and managed by his companies to around 200,000 square feet in four years.

The new project slated to go to construction in New Kingston later this year is being developed by Issa Development, while Coldwell Banker Jamaica Realty, which is already marketing the property, will take on the task of finding tenants and negotiating the lease for the new space.

Issa has been ramping up his commercial real estate investments, and now holds property in downtown Kingston, as well as uptown the capital at Trafalgar Road and Hope Road.

Properties targeted for acquisition to grow the company’s real estate portfolio spans the heart of downtown, and the outskirts of the Golden Triangle, which is an upscale area in uptown Kingston populated by high-end homes, foreign consulates, and businesses that tend to serve high-end clients.

In the downtown area, Coldwell Banker is eyeing opportunities in the vicinity of National Heroes Circle, a location that has become attractive to realtors because of the pending development of the Parliamentary Square there, encompassing a new home for the Houses of Parliament and public park, which is expected to add to the gentrification of the city’s inner core.

In line with his 2025 plans, Issa told the Financial Gleaner that he either plans to create a real estate investment trust to hold all the assets, which the company may list on the Jamaica Stock Exchange, JSE, or to open the newly formed company to private equity backers.

Coldwell Banker Jamaica Realty currently operates as the de facto parent company for the group. The structure of the reorganised business remains a work in progress, Issa said, and won’t be finalised until the goal of 200,000 square feet of space is reached.

So far, Coldwell Banker Jamaica has 60,000 square feet of space under management. It’s in the process of acquiring another property downtown, a deal expected to be finalised in March, and which would grow its portfolio of commercial properties to 100,000 square feet.

The Trafalgar Road property currently houses an old family dwelling, which was converted for commercial use and is now leased to a tenant. With the new development planned, that building will be demolished. Coldwell Banker’s preference is to lease the new commercial building to be constructed to a single tenant, a contract it is aiming to finalise before starting construction, but will rent to multiple operators if no deal is reached. Construction is scheduled to start in August and finalised by June 2022.

“The formula we use is to come up with different architectural designs and then reach out to corporate entities as well as embassies to see if they have any interest in additional space or relocating. Once we can put a package together, we fine-tune the design, pursue financing and approvals for the drawings,” Issa told the Financial Gleaner.

Neither the seller nor the price of the deal regarding the pending acquisition in March was disclosed. It will add to Coldwell Banker’s holdings downtown at 59½ Harbour Street and 169 Harbour Street.

“Interest rates are extremely low, so we are very bullish on borrowing money at this time and we are looking to acquire more properties below East Queen Street. We want to rebuild downtown Kingston into a vibrant, healthy capital while putting a focus on safety, easy commute and amenities,” Issa said.

He added that rental charges for downtown Kingston properties are around 40 per cent less than the cost of commercial space uptown.

Through another Issa company called Admiralty Sword Limited, the group has applied to the Urban Development Corporation for tax benefits under the urban incentive programme, which is managed by the state agency. The programme offers tax relief on capital investments made in either land or buildings in downtown Kingston, the objective of which is to incentivise investments in order to inject new life into the city’s dilapidated infrastructure, much of which is close to or overlooks the Kingston waterfront.