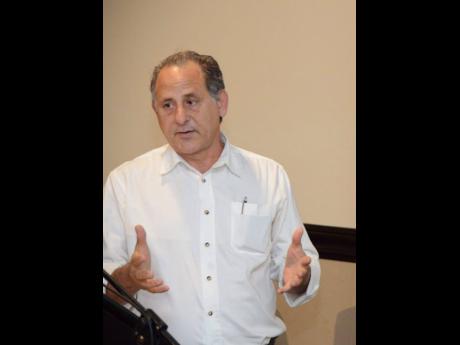 Investment company QWI has declared a profit of $92 million, reversing a near-similar amount of losses from the year before, as it shrugged off some of the effects of the COVID market downturn.

The turnaround also saw the company’s net asset value, or NAV, rising from $1.08 per share at end-September to $1.16 per share at end-December. It’s since gained another five cents so far this year.

QWI Investment Limited’s stock price, which underperforms its NAV and has long been trading within a 70 cents band, has also seen a shift in trajectory, having broken free since mid-January. On Monday, the price closed at 94 cents, near its one-year high of 98 cents.

“The net asset value has continued to increase, as evidenced by what we saw last Friday … ,” said QWI CEO John Mahfood. The NAV on Friday was $1.21 per share.

“The stock price has also started to move, going to 75 cents two or so weeks ago,” he added. “All things being equal, I’m looking for a continued uptick in the positive trend into this second quarter ending March.”

Like most stocks trading on the Jamaica Stock Exchange, QWI lost value as the market itself weakened during the pandemic. The past few months have seen some recovery with an uptick in values, and likewise, QWI, which is invested in some stocks on the JSE as well as international equities, has seen an improvement in its own fortunes in the December quarter.

For year 2020, the JSE Combined Index closed down 22 per cent, which was an improvement on the 25-27 per cent declines that were sustained for a good portion of the year after the coronavirus derailed markets and the economy last March.

Some of the gains seen towards the end of the year have been erased, and the market was down 1.9 per cent year-to-date, at 385,048 points as of Monday.

Since acquiring 8.5 million units of Access Financial Services in September 2019, to become QWI’s single largest holding, the lacklustre performance of the microfin stock has weighed down the QWI portfolio. But Mahfood says they’re not expecting the drag to be sustained for much longer.

“Of the $1.6 billion or $1.7 billion in total assets, Access is about $200 million, representing about 15 per cent of the total portfolio,” he told the Financial Gleaner. “We feel that at $20-$21 it has bottomed out, and when we start to see the results for this year, the feeling is that it will turn around,” he said.

Post its December results, the company said it took advantage of the favourable conditions in the US markets, realising gains of $34.5 million. The US portfolio produced an additional $33 million of unrealised gains, the company said in its earnings report.

Mahfood pointed to those results as endorsement of QWI’s diversification strategy.

“We’ve maintained a pretty strong US presence and we’ve started to buy more stocks in Trinidad. The US portfolio is about $450 million and we continue to explore opportunities in that market,” he said, noting that the company’s outlook on future market prospects was bullish.

“There is nothing on the horizon to indicate that it’s going to change to negative. I believe that the stocks we’re now holding, including Access, are going to give positive results going forward,” Mahfood said.