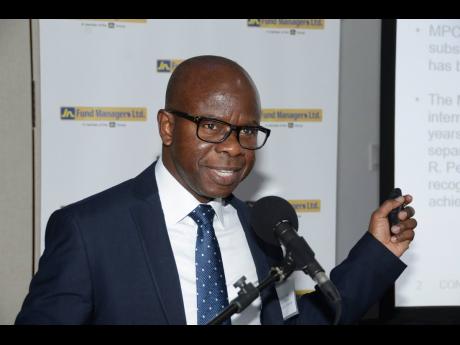 MPC Caribbean Clean Energy is seeking legal advice in relation to changes to the tariff structure on one of its investments that the company expects to result in lower revenue.

The stock has held steady even after the company disclosed the information to the market, trading at $139 on the Jamaica market and US$1 on the Trinidad & Tobago Stock Exchange.

“An initial estimate for 2021 indicates an annual loss of revenues derived from the new tariff reduction, and lower generation in January is projected to be 8.94 per cent compared to the forecast,” stated MPC Clean Energy in a market notice on its 21MW Tilawind project in Costa Rica. The company did not give a nominal value.

MPC and co-investor Ansa McAL Limited acquired the wind farm in 2018 for US$50 million. The revenues generated from the energy facility are not disaggregated in MPC’s financials and the renewable energy investor did not put a nominal value to the anticipated nine per cent decline.

The company booked no revenue within 2020, due to new accounting treatment for its partially owned investment fund, called MPC Caribbean Clean Energy Fund, which generates the revenue. The Financial Gleaner previously reported that the company earns all its income from the fund, so the new accounting treatment resulted in no revenue passing through its profit and loss statement. The financials will mute the share of profit earned in the fund in the quarters until thee revaluation of assets at the end of 2020, MPC noted last summer. Its audited results for the year are still outstanding.

Tilawind is a 100 per cent subsidiary of CCEF ANSA Renewable Energies Holdings Limited, in which the MPC fund holds a 50 per cent stake, with ANSA McAL, a conglomerate based in Trinidad, holding the other 50 per cent.

Tilawind was said to have been informed by the Costa Rican government-run electricity and telecommunications services provider, Instituto Costarricense de Electricidad, or Grupo ICE, that the tariff for this calendar year will be reduced, effective February 10. The adjustment followed a change of methodology used by public service regulator Autoridad Reguladora de los Servicios Público in deriving the formula to calculate the applicable tariff bands for all power-purchase agreements for wind energy in Costa Rica.

MPC said it was in the process of seeking clarity on the adjustment, and weighing its options.

“The change of methodology is unprecedented and previously, Grupo ICE made annual updates of the input data for the previous formula only,” the company said in the market notice. “MPC Caribbean Clean Energy Fund LLC is in the process of assessing the commercial impact on revenues and overall asset value. In addition, the fund is consulting with its legal adviser and the Costa Rican Renewable Energy Association,” it said.

MPC Caribbean is used by German company MPC Capital as a vehicle for renewable energy investments in the region. One of MPC’s first investments was in the newly developed Paradise Park solar farm in Westmoreland, Jamaica that’s headed by Angela Rainford.

MPC Caribbean’s most recent investment involved a 6.4MW solar park in El Salvador, which the company said was commissioned into operation at the end of January.