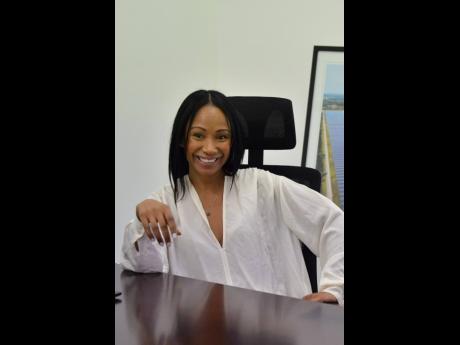 Angella Rainford, the businesswoman who conceptualised and led the development of Jamaica’s largest solar farm at Paradise Park in Westmoreland, has set up a new venture, Soleco Energy Limited, to fund solar power solutions for companies in the...

Angella Rainford, the businesswoman who conceptualised and led the development of Jamaica’s largest solar farm at Paradise Park in Westmoreland, has set up a new venture, Soleco Energy Limited, to fund solar power solutions for companies in the Caribbean region.

It already has projects lined up this year in Jamaica and Barbados.

Soleco will finance and build solar energy power plants for businesses, under terms that include lease-purchase agreements for systems installed on-site.

“We own the solar panels until the end of the client’s funding obligation term – similar to a mortgage, where the lending institution is the owner of the house until you pay off the mortgage,” said Rainford in an interview.

“We own the equipment until the client pays off the lease or exercises their purchase option, but they use the plant exclusively,” she said.

The other partners in Soleco were not disclosed. Its list of advisers includes Douglas Orane, the retired CEO of food and financial services conglomerate GraceKennedy; and Stephen Facey, the chairman and CEO of property and investment conglomerate PanJam Investment Limited. Rainford has been a member of PanJam’s board since April 2020.

Through Rekamniar Frontier Ventures, which she founded in 2011, the renewable energy investor developed the 51-megawatt Paradise Park facility, in conjunction with foreign backers Neoen of France, which holds 50 per cent of the solar park, and German-owned and locally listed MPC Caribbean Clean Energy, with a 34 per cent stake. Rekamniar’s investment group holds the other 16 per cent.

Power supplies to the national grid by independent providers, including capacity, sources of energy and timing, is controlled by regulators and guided by policy.

Under the Jamaican Government’s policy to incorporate cleaner and renewable energy sources in the energy mix, and the allowances for electricity consumers to generate their own power and trade the excess with the JPS grid, various industrial and commercial companies have been investing in energy independence to varying degrees.

Their choice of alternatives has largely been solar or LNG. The natural gas supply market is currently controlled by a single player, American company New Fortress Energy, but various local businesses have operated in the solar market over many years as suppliers of photovoltaic systems, such as Sofos Energy, Solar Buzz Jamaica and Alternative Energy Plus Limited. The most recent company to announce its market entry was lighting and energy products traders FosRich Company, which struck a deal with Chinese technology company Huawei in January to distribute and install its FusionSolar system in Jamaica.

Rainford said the demand for solar continues to rise, but six years have elapsed since the last Jamaican government tenders were issued for new additions to the grid.

“We saw companies wanting to add solar to their energy mix,” she told the Financial Gleaner. “Soleco allows us to implement projects without government tenders. The last tender was in 2015,” she said.

Noting that investor interest in renewables remains strong even under the pandemic, Rainford said Soleco recently raised debt for construction of a project through a multilateral lender, while asserting that the facility “could have been funded three times over,” based on market appetite for green initiatives.

She added that the project equity raised by Soleco helped to trigger loan agreements with French development financier Proparco and Dutch backer of entrepreneurial ventures FMO.

Soleco plans to raise additional funds for further pipeline projects this year, including potentially in the form of project equity, which would mean additional capital from new or existing shareholders. Rainford said she has no plan to take the company public.

“Our current business strategy is to build the company with solid assets, and our goal is to grow and hold,” she said.

Soleco Energy Jamaica Limited was incorporated locally in June 2019. It’s fully held by Soleco Energy Limited, which is registered in the United Kingdom.

Soleco currently has “less than five employees” at offices in London and Kingston, but plans to hire additional staff for the Kingston office. It’s also weighing other types of energy projects, including “a pipeline of small hydro projects,” that Rainford said is under consideration.