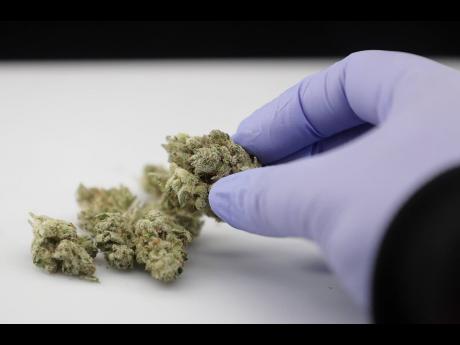 Cigarette trader Carreras Limited is plotting its entry into the marijuana dispensary market, but says it’s taking time to conduct research. It’s part of the company’s diversification strategy that already sees Carreras getting into the...

It’s part of the company’s diversification strategy that already sees Carreras getting into the distribution of other smoking-related items, such as lighters. It also aims to secure partnerships with manufacturers who would utilise the cigarette trader’s distribution network to deepen their market reach.

“We are in Jamaica – the land globally known for marijuana,” Carreras Managing Director Raoul Glynn, who was the guest presenter at the weekly Mayberry Investor Forum, said on Wednesday.

“It is one of those things that you do not want to make a mistake with, because it is an unknown territory. So, we prefer to have as much science behind it, but when the time comes, believe me, we are going to be there,” he said, in response to a query on whether the company would seek to open a marijuana dispensary.

Carreras would be entering a nascent market in which the retailing of medical marijuana was only approved by regulators around five years ago, with the first dispensary opening in Jamaica in July of 2017.

The entry into the dispensary business would create space for legal consumption of tobacco and marijuana products. Its consideration comes within the context of other potential adverse impacts on Carreras’ future business – specifically, legislation being discussed that would prevent the sale of cigarettes through one of the product’s more lucrative channels, under the amendments to the Tobacco Control Act, being debated before the Joint Select Committee of Parliament.

“Certain elements of it would ban the sale of products in rum bars,” Glynn said, explaining that in Jamaica there are over 10,000 rum bars, and 29 per cent of the revenue from those bars come from legal cigarettes. “If you tell them that they cannot sell cigarettes anymore, then how are they going to make up that revenue?”

He added, however, that Carreras continues to lobby against that measure in the bill and feels “confident” it will be stripped from the legislation.

Year after year, Carreras, which has operated in Jamaica since 1963 and is a highly profitable company, has railed against two issues as hurtful to its bottom line – sin taxes that target the cigarette trade, among others; and the smuggling of illicit cigarettes that eat into its market.

Over time, the company has tried different strategies to grow revenue, the latest of which was announced back in January. Carreras said then it was expanding its product lines to include cigarette lighters, rolling paper, shavers and razors.

Glynn said on Wednesday that partnerships is a big part of its growth plan, including forming agreements with large consumer company Proctor & Gamble to manage elements of their portfolio.

“Other suppliers are coming to us to piggyback on our strong distribution footprint,” he added. “We are expanding in the east, building partnerships with Papine Wholesale and Mandeville Liquor, who can expand their reach to areas we cannot go to, but they can,” he said.

The illicit cigarette trade continues to be a drag on company profit. Glynn estimates that at least two in every 10 cigarettes consumed locally are illicit, meaning they are smuggled into Jamaica and fall below the tax radar, or are counterfeit.

The cigarette trader estimates that the Jamaican Government loses $2.1 billion in taxes annually due to the illicit trade, while Carreras pays out some $8 billion in taxes.

Carreras has in the past noted that drug smugglers have been turning instead to illicit cigarettes, because the penalties for the latter are lower and the trade is lucrative.

“You have so many players moving from hard drugs to cigarettes because the value is equivalent, but the penalty is less,” Glynn noted again at the forum.

Carreras made $2.6 billion in profit after tax over nine months ending December 2020, slightly higher than the $2.45 billion made in the similar period in 2019. However, revenue dipped slightly to $10.16 billion from $10.3 billion.