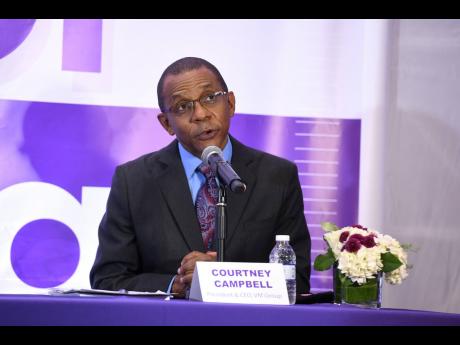 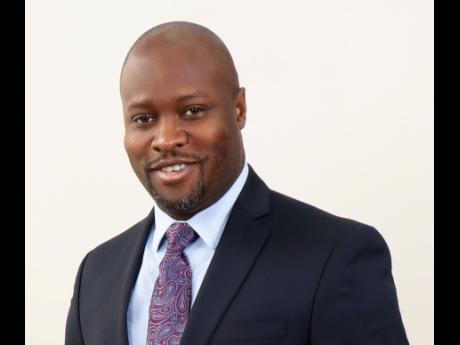 Victoria Mutual Group has come through the first year of the pandemic with record earnings, and is looking to technology to build on the near 24 per cent profit growth recorded in 2020. The mortgage lender has launched a new fintech arm, VM...

Victoria Mutual Group has come through the first year of the pandemic with record earnings, and is looking to technology to build on the near 24 per cent profit growth recorded in 2020.

The mortgage lender has launched a new fintech arm, VM Innovations Limited, through which the 143-year-old institution is positioning itself as a growth-focussed industry disruptor.

The new subsidiary’s mandate is to hunt down ventures and deals, in addition to creating game-changing products and services that strategically align with the interests of the group.

“It should be a big part of our long-term future. VM Innovations was established to create new business. We’re trying to create the future in terms of new ways of accessing some of the services that we do need for our financial well-being,” said VM Group President & CEO Courtney Campbell in an interview following the release of VM’s financial results last week.

“We expect to introduce Jamaicans to a brand new way of buying a home. That would call for a completely new platform that has all the services that are related to the acquisition of a home being available online. That’s what we mean by ‘creating the future today’,” he said.

VM’s primary business is mortgage lending through Victoria Mutual Building Society, VMBS, but over recent years the institution has repositioned as a financial group, which included expansion of the wealth management and investment side of the operation. The group, through various member companies, also offers property services, money transfers, pension fund management, general insurance, and now fintech.

VM Innovations is still in its formative stages, with new hires in March, but the team headed by CEO Maurice Barnes has already been given tasks and deadlines for delivery. Campbell did not elaborate on the deliverables.

Barnes said VM Innovations has assembled a team of seven charged with the responsibility of disrupting the financial market while protecting gains. The team also works with outside specialists on project execution.

“Typically, in our team we have people with business analysis and project management experience, as well as those that deal with innovation; that is, taking it from the ideas stage to software development and use of emerging technologies,” he said in a separate interview with the Financial Gleaner.

Some of those innovations should start rolling out either by the fourth quarter of this year or the first quarter of 2022, but Barnes declined to comment on the projects, citing competitive reasons.

“What we’re coming with is so big and so disruptive that all I can say is that it will be a very digital, customer-centric approach – from the point of searching for a home to getting the keys in their hand,” he said.

Neither the investment made in setting up the new subsidiary nor the budget the fintech company is working with was disclosed. Its work is to be supplemented with outside expertise, with whom the company plans to partner on projects.

VM Innovations wants to address the particular “pain points” of time for acquisition of property, bureaucracy and transparency, said Barnes, while noting that the pandemic has basically doubled the time it takes for a homebuyer to take possession of their property, from 60 to 120 days on average.

He is looking to slash that to a fraction of the time.

“We are aiming to carry that down to about 15 days; and that is not even all of what we are planning to do,” he said. “When we start rolling out, customers will get crucial links with a lot of areas, including vendors, realtors and allied services on one platform.”

VMBS was founded in 1878 and is currently the top private mortgage lender – one of only two still operational – after its bigger rival, Jamaica National, transformed into a commercial bank in 2017. VMBS, whose main business line is residential mortgages, operates 15 branches across Jamaica, as well as representative offices in the United Kingdom and United States.

At year ending December 2020, VMBS delivered a surplus of $2.64 billion, described as its best ever, and which reflected earnings growth of 23.7 per cent relative to 2019, and included a one-off gain of $4.2 billion from the early settlement of outstanding balances with state mortgage lender National Housing Trust. Revenue climbed by 32 per cent to nearly $15 billion.

Campbell cited both an increase in loans as well as deposits for the society’s growth last year, but he also credited the outsized performance on the investment made by VM Group over the past three years in training, product development and change.

The group disbursed $25 billion in total loans, up 39 per cent over the previous year. Mortgages rose 25 per cent and accounted for $14.5 billion of the increase, according to the audited financials.

Deposits grew from $89 billion to $103 billion, effectively giving the group a larger pool of funds to tap for onlending and investments.

“We invested in some new sales management practices and processes that are paying rich dividends. Production and productivity of the sales team has improved exponentially,” said the VM president.

“We have introduced a whole range of new products that have helped us to diversify our revenue streams and impact our earnings,” he said, citing VM Group’s foray into personal and auto loans, construction loans and commercial mortgages.

Campbell declined to comment on the group’s growth targets for this year.