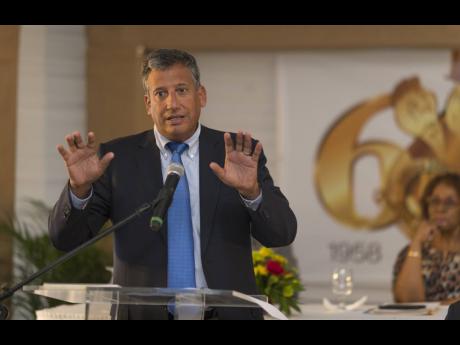 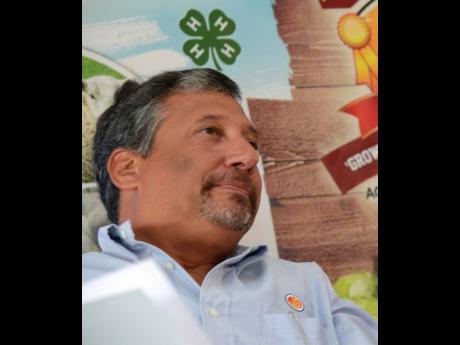 J amaica Broilers Group, JBG, wants its chickens to serve up fatter profits, and healthier diets. The company has eliminated antibiotics from its broiler meat operations, but with its year end approaching and financial results soon to come due,...

The company has eliminated antibiotics from its broiler meat operations, but with its year end approaching and financial results soon to come due, Jamaica Broilers President & CEO Christopher Levy was mum on the potential financial impact on the poultry operation, so as not to run afoul of market rules.

Just as in human healthcare, antibiotics have been an integral part of routine animal care to prevent and treat infections. Its elimination is now a growing health trend in the global poultry industry which is estimated to be worth in excess of US$320 billion and in the United States’ US$218-billion meat, beef and poultry market.

For Jamaica Broilers, the move is expected to boost revenues for the company, which last financial year recorded sales of nearly $56 billion and is on pace to at least match that this fiscal year, ending early May 2021, based on its annualised nine-month revenue.

Jamaica Broilers has been holding its own amid the COVID-19 pandemic but, like other companies working their way through the downturn it sparked, it’s taking the opportunity to innovate in order to come out better on the other side of the crisis.

At nine months ending January, gross profit was up 66 per cent, while net profit grew at a near-similar pace of 64 per cent to $1.8 billion.

Levy told the Financial Gleaner in an interview this week that the antibiotic-free designation means a total reordering of growing conditions and a stepping up of sanitary arrangements all along the production chain at Jamaica Broilers facilities, as well as on the premises of contract farmers.

Contract farmers produce nearly all the birds that end up with the imprimatur of the company’s Best Dressed Chicken and Reggae Jammin brands in Jamaica, the United States and throughout the Caribbean, where the products are shipped ready for sale from Jamaica.

Levy acknowledged that with the new antibiotic-free tag, ‘No Antibiotics Ever’, Jamaica Broilers’ products will move towards the more premium end of poultry meat aisles, particularly in the very competitive US market, where there is stiff commercial rivalry in the organic foods segment.

But he insisted it would not translate into increased prices, especially in the local market, saying the transition had been achieved without any increase in the cost of production.

The process was pioneered on the group’s research farm in Jamaica and eventually rolled out to its broiler chicken contract farmers in Jamaica and the United States. Its other big market, Haiti, is said to concentrate on selling layers for egg production.

Levy was hard-pressed to say the actual investment made in the initiative – elements of which included research, general bird-rearing conditions, better hygiene, and more vitamins in the chicken feed – noting that some of the activities fell under the general operations budget of its US and Jamaican facilities and the contract farmers.

Jamaica Broilers’ cash flows, however, show signs of ramped up investment in the past few years. In 2016 and 2017, the poultry producer’s capital expenditures amounted to just about $1.1 billion for the two years combined. In the two years that followed, its yearly capex averaged $1.8 billion.

Last year, the expenditures climbed again, this time to capex of $3 billion for the annual period ending May 2, 2020.

In the roughly six months since Jamaica Broilers has gone antibiotic-free, after two years of experimentation, the company is now focussing on ensuring the sustainability of the transition.

“The challenge that has resulting in us taking this long is, how do we do it right, and in a cost-effective way? It is a big change and we are excited about it,” Levy said.

The company’s leadership also wanted to do a test run of the new standard before generating the buzz, which the company is now seeking to create in the marketplace around the initiative.

Thanks to ongoing research, Levy said, natural, non-antibiotic treatment options, including vitamins and minerals, are now available for the more than 54 million birds processed throughout Jamaica Broilers’ global operations, including contract farms, he said.

“This year has been an exceptional year for the organisation in the sense of the COVID challenges, the economic changes in a short space of time in Jamaica and worldwide, and the volatility of the changes. We have been challenged as a company to keep pace with these changes,” Levy said reflectively.

“Our year-to-date results show the fantastic effort that the team has put out and the results that they have been able to generate,” he said.

The area of operation that has been most challenged in recent times is Haiti. Haiti Broilers SA, in which JBG upped its stake by 13.45 per cent last November to 85.45 per cent, posted losses of $23.3 million in the nine months to January this year, an improvement on the $92 million it bled in the similar period of 2019.

Levy says political turmoil in that country continues to create problems for the conduct of business and commerce generally. He has not said what prompted the company to increase its stake in the business, which last year contributed about $2 billion to annual group sales, but confirmed that an eventual exit from Haiti was a possibility.

“I think Jamaica Broilers has grown past what Haiti can offer us. If we don’t see a future we are going to exit,” Levy said.

Jamaica Broilers’ core business revolves around chicken rearing, sale of baby chicks, animal feed milling, egg production and chicken meat processing. But it also runs a cattle-breeding operation in Jamaica, among other operations. Other small non-core subsidiaries that generate electricity and are into shipping and insurance are all support ventures for Jamaica Broilers’ sprawling chicken operations, Levy said.