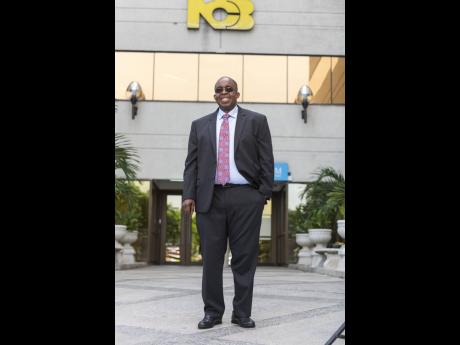 Two million ordinary shares of Guardian Holdings Limited, GHL, have been placed on the market for purchase by Jamaican investors, by NCB Global Holdings Limited, the vehicle through which the shares are held by NCB Financial Group Limited. The sale...

Two million ordinary shares of Guardian Holdings Limited, GHL, have been placed on the market for purchase by Jamaican investors, by NCB Global Holdings Limited, the vehicle through which the shares are held by NCB Financial Group Limited.

The sale, announced after market close on Monday, is seen as part of a move by NCB Financial, which acquire majority stake in GHL two years ago, to iron out demand kinks, stoke liquidity and stimulate trades in the cross-listed stock, which only returned to trading on the Jamaica Stock Exchange, JSE, on May 5.

Of the two million shares up for sale at $795 per share, only 600,000 is available to the general investing public. One million units is reserved for investors of NCBFG and Guardian Group in Jamaica, and the other 400,000 is for staff of the two groups.

The shares on offer comprise 0.86 per cent of the share capital of the company and will dilute the NCBFG stake in the Trinidadian company by less than one per cent, from 143.7 million shares, or 61.97 per cent, to 141.7 million, or 61.1 per cent.

The offer will be on the market from May 31 to June 11, and is contingent on the sale of a minimum of 1.5 million shares.

“This invitation creates a unique opportunity for Jamaicans to share in the continued growth of the company. Furthermore, this transaction is likely to extend and diversify the company’s investor base across the region,” noted the prospectus that was posted Monday night on the JSE website.

The proceeds of the sale will be used for general corporate purposes by NCB Global Holdings and will not be available to GHL, the prospectus adds.

The offer price is a discount on the $899.95 per share at which the stock traded on the JSE on Monday and the $969 high it reached since its JSE début. Its price was $582.40 on the day it relisted amid a demand rush that saw the exchanges circuit breaker being triggered, allowing investors to cool off and rethink potential trades amid sudden stock prices surges.

Stock volumes have fluctuated from a high of 3,768 units on May 7 to 630 units on Monday and reflects a generally illiquid stock with strong demand but few sellers. On Tuesday, as the market digested the NCB share offer, investors traded down the stock to $789.99, below the offer price, on volumes of 11,872 units.

When the equity delisted in December 2013 it was the most expensive stock on the JSE and hardly traded.

On its relisting, NCB Capital Markets, the broker for the listing and for the share offer, sought to assure investors that the early lack of liquidity would not be reflective of the market going forward.

“As it relates to GHL, going forward, NCB Capital Markets plans on playing a pivotal role in making a market for the stock. The cross-listing of GHL on the JSE ... highlights the confidence the region has in the Jamaican market, especially when it comes on to liquidity,” CEO of NCB Capital Markets Limited Steven Gooden told the Financial Gleaner at the time.

Guardian Holdings is chaired by President & CEO of NCB Financial Group Patrick Hylton. The Trinidadian conglomerate’s business is mainly in life, health, property and casualty insurance, and pensions and asset management. Founded nearly 40 years ago, the company operates in 21 countries across the English and Dutch Caribbean.

Annual profit attributable to shareholders grew 12 per cent to TT$774 million last year. So far this year, the company has made a profit of TT$176 million in the first quarter, reversing losses of TT$36 million in the comparative March 2020 period.