BOJ lowers loan risk with $210b repayments deferred since pandemic 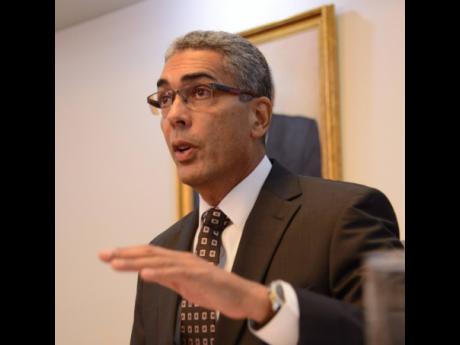 File
Governor of the Bank of Jamaica, Richard Byles.

Approximately $210 billion in loan payments have been affected by extensions and moratoriums since last year, as the pandemic punched a hole in the economy and curtailed the ability of consumers and businesses to service bank debts. Loans on...

Approximately $210 billion in loan payments have been affected by extensions and moratoriums since last year, as the pandemic punched a hole in the economy and curtailed the ability of consumers and businesses to service bank debts.

Loans on moratorium fell to $62 billion in January and grew to $65 billion in February, according to new figures from Bank of Jamaica, BOJ.

But the central bank, which earlier this year had pointed to the large stock of deferred loans as a risk to the financial system, appears to have tempered its language on this score and is now talking up the overall decline in the deferred loans figure since this year as a sign of economic improvement.

While it was known that billions of dollars in loan portfolios of banking institutions had been affected by various payment holidays, as corporate finances and personal income dried up from pandemic-induced business disruptions, the full size of the portfolio affected since the onset of the global health crisis last year was only disclosed last week by the Governor of the BOJ, Richard Byles, at his quarterly media update last Friday.

But the BOJ governor’s upbeat tone in speaking to what he said was the general decline in the stock of loans on moratorium was still somewhat muted, given the continuing signs of strain on the ability of businesses and consumers to pay their debts.

“Loan quality for the system, while naturally showing some weakening, remains well below our threshold for concern and is fully provided for by the system,” Byles said, without citing figures to show what portions of loans were written off over the March quarter as bad debt or classified as non-performing loans.

Questions to the BOJ seeking an update on the change in NPLs beyond last year have not yet been answered. Over the year ending December 2020, NPLs grew by 41.9 per cent to $29.3 billion, which was 10 times greater than the 4.1 per cent NPL growth recorded the previous year. Some 51 per cent of NPLs last year was due to defaults on personal or consumer loans.

But even on the metric of loans on moratorium, February’s $65 billion is a worsening of the loan repayment situation, given that the BOJ had provided figures showing that the stock of deferred loans at January stood at $62 billion. Of this amount, $51.6 billion were business loans, $11.3 billion consumer loans, and $643 million was debt owed by the Jamaican Government.

At that time, with a lower level of loans deferred as a result of inability to repay, the central bank flagged the level of loans on moratorium as a being a matter of concern.

“Loan quality for the system, while naturally showing a small deterioration, remains well below our threshold. BOJ is, however, keeping a watchful eye on the resolution of a substantial block of loans on moratorium,” Byles said at his quarterly press briefing in February.

The head of one financial group told the Financial Gleaner that the central bank, in a recent meeting with banking heads, had signalled a decline in risks associated with NPLs and loans on moratorium.

“BOJ made a presentation to all the banks recently and spoke to the fact that there was reduced risk because of loans under moratoria, and so far, they were comfortable with the way the industry was managing these: removing loans under moratoria and not having the NPLs to any kind of alarming levels,” said Christopher Zacca, president and CEO of Sagicor Group Jamaica, in a recent interview regarding the financial conglomerate’s March quarter financial results. The conglomerate owns and operates Jamaica’s third-largest commercial bank.

Commenting on Sagicor Bank’s numbers in this regard, Zacca said it was one of the better performers in this area.

“Our NPLs are still quite good. I think just over two per cent, and that’s very much in line with a reasonable performance. Pandemic or no pandemic, that’s not a bad number. Our loans under moratorium are coming down strongly, as are most of the strong banks in Jamaica,” Zacca noted.

The Sagicor boss’ comments appear to be in keeping with the BOJ’s overall assessment of the banking sector over the quarter to March.

“Deposit-taking institutions’ balance sheets indicate that they are growing, properly capitalised and in compliance with prudent liquidity standards. Notwithstanding the moderated impact of the pandemic, loan growth for DTIs has remained fairly resilient even though the pace growth has slowed,” the central bank governor said last week.

The BOJ governor reported that the stock of private sector loans and advances had grown at an annual rate of 8.8 per cent as at March this year compared to higher growth of 15.8 per cent a year earlier.

This deceleration in private sector credit was echoed in the March quarter issue of the central bank’s Quarterly Monetary Policy Report, which was also released last week. Credit expanded at 9.5 per cent at February 2021, but this was below the 10.1 per cent growth rate as at December 2020, it noted, adding that the slowdown “continued to reflect contractions in income and demand conditions due to the effects of the COVID-19 pandemic”.