Real estate appraisers under the microscope 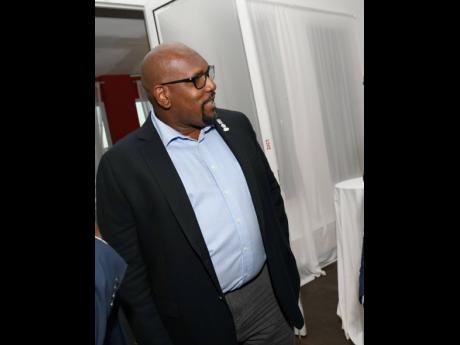 Andrew James, chairman of the Real Estate Board of Jamaica. 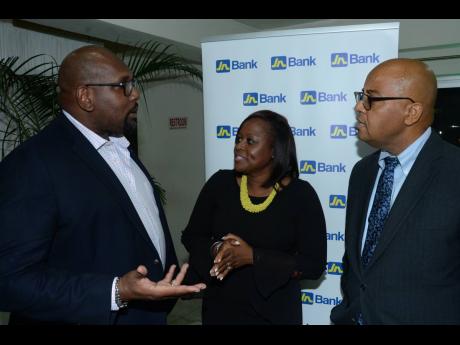 Andrew James, chairman of the Real Estate Board of Jamaica.
1
2

Clients feeling short-changed when it comes to real estate valuations now have recourse through the newly formed disciplinary committee of the Real Estate Board of Jamaica, REB. The new committee started work in March on the insistence of Andrew...

Clients feeling short-changed when it comes to real estate valuations now have recourse through the newly formed disciplinary committee of the Real Estate Board of Jamaica, REB.

The new committee started work in March on the insistence of Andrew James, the newly installed chairman of the Real Estate Board, who said, as a real estate dealer, he has heard complaints for years from financial institutions and others about questionable valuations.

His appointment as REB chairman in November 2020 gave him the opportunity to do something about it, with James prioritising it as job one. He also promised to go after unlicensed practitioners.

“Even from my time as president of the Realtors Association of Jamaica, members of the financial sector would voice concern. Now that I am at the REB, after consultation with the members, we decided that this is the way to go in order to preserve the integrity of the real estate industry,” James said in an interview with the Financial Gleaner.

The three-member disciplinary committee, headed by Commissioner of Valuations at the National Land Agency, Eric Allen, has the power to summon licensed valuators, of which there are currently 118, to explain their assessments. The other members are Association of Land Economy and Valuation Surveyors president Ryan Taylor and valuator David Thwaites.

“If one of the institutions or someone has a valuation that is questionable, they simply have to write to the REB. The board will pass the matter to the committee, which has the power to call in that valuer to explain their valuation. The committee will make a recommendation to the board, and this can go as far as the revocation of the licence to operate,” James said.

The Real Estate Board, in fact, has no real data on how big the problem is, the real or inflated value of the appraisal market itself, and the number of unlicensed services, and is reliant on anecdotal evidence.

The REB can only discipline licensed persons, James says, but is on the lookout for unlicensed practitioners, whether appraisers or real estate dealers, who face criminal penalties if caught.

“There is an inspectorate at the REB, so to someone who is practising without a licence, yeah, we’re out to get you,” the chairman said.

“We want to make it very loud and very clear that we’re going after these persons. Regarding those operating online, we’re looking at the laws. Some amendments have been done and more are to come,” James added, without giving specifics.

The Real Estate Board says it has only once ever prosecuted an unlicensed appraiser, and that person was said to have died while the case was under way.

The board came into being after the Real Estate Dealers and Developers Act was signed into law in 1987, in response to several instances of dodgy land deals and prospective property owners being at the mercy of unscrupulous developers.

All persons and companies involved with real estate dealings in Jamaica are required to register with the REB after fulfilling a raft of requirements, including training and certification, the payment of annual fees and recertification through continuous professional development.

The board has a team of six inspectors, with a seventh soon to be recruited, according to CEO Sandra Garrick. They have the power to investigate complaints as well as to initiate investigations.

“The Real Estate Dealers and Developers Act, when it came into being in 1989, introduced the need for academic training and that has evolved to also requiring professional training. Now there is a third component, that is regulatory,” he said.

“While I had my concerns, I would frame it within the context of a worldwide phenomenon. The truth is that valuations are central to the proper functioning of the market.”

When companies buy property, he added, they use them as collateral for loans or represent them on their balance sheet.

“To the extent that in industrialised countries property can account for as much as 70 per cent of GDP, one would want to ensure that the values being put out there are credible,” the chairman said.

Committee member Taylor, a licensed valuation surveyor, says there is growing concern with how valuators, including the licensed ones, operate and that customers may not be getting professional service.

“There are also questions of unethical behaviour and a lack of due diligence in effecting their tasks. We don’t want customers to feel like they are out there on their own when they seek the services of a valuer. They should expect and get professional services of the highest order, backed by ethical treatment,” Taylor said.

Allen, meanwhile, links the problems to the tax burden on real estate transactions, which once was upwards of 20 per cent of the value, due to transfer tax and other charges.

“What that did was to have people report on a value that bore no relation to the actual transaction, so a property was sold for $30 million and they reported it as $15 million in order to pay less charges,” he said, adding that the practice led to distortions in the market and the need for corrective measures.

“You want to have transparency and proper reporting so that everyone has the same information; because without that it will lead to lopsided information, which will feed into bad valuations that will be the basis of market failure,” the committee chairman added.

The transfer tax rates, stamp duty and other charges were slashed during the 2019-20 budget year.

The REB wants the word to get around that it has constituted the disciplinary committee to dissuade unprofessional valuations. The real estate industry has been alerted, says Garrick, and a number of lending institutions have been asking for more information.

Banks and other lenders accept property as collateral for loans, and as such would need to trust the word and work of property appraisers to determine what they are worth.

“We will be making presentations and having dialogue with their teams about this committee,” said Garrick. “This will happen right after we complete the outreach through an industrywide webinar,” she said.

James is advising persons buying property to confirm that the valuer is licensed, which can be done through the REB’s website; and to speak to others in the industry that can vouch for the valuator’s track record and not let price be the only driver in choosing appraisers.

“There are some valuers, who may be operating from home, who could give you a cheaper price, but not necessarily the best quality,” the REB chairman said.

“If you’re going to be spending, say, $200 million on a purchase, it makes no sense cutting corners and paying $50,000 on the valuation, only to find out later that the real value of the property was $100 million. It’s better to go to someone with the proper tools, knowledge and capabilities that will yield a better result,” he said.