Francis Wade | New employees need to be gamified, or else 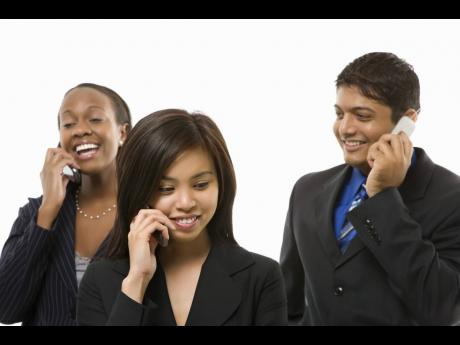 What’s happening in the workplace to young employees? They seem to operate by a different set of values, showing little interest in company events. Yet, they willingly give time and energy to off-the-job pursuits. How can executives create an...

What’s happening in the workplace to young employees? They seem to operate by a different set of values, showing little interest in company events.

Yet, they willingly give time and energy to off-the-job pursuits. How can executives create an environment in which they direct some of that discretionary effort towards their work?

If your organisation’s leaders are asking this question about engagement: ‘The company’s culture was good enough for me, why isn’t it good enough for them?’, consider the inherent presumption: young employees need not receive any special privileges. After all, as the argument goes: I had less than they do, and I made do with what I had!

At first glance, this seems to be a fair statement.

Yet, the result of such thinking is disengagement. Whereas, in past generations, a pay cheque was enough to guarantee a certain level of staff engagement, those days are over. Today, the young, post-COVID employee isn’t interested in merely trading time for money. The only exceptions might be those who stand to earn a windfall that allows them to retire early, and those who are desperate.

This state of affairs is hardly a sustainable recipe for fostering a new generation of leaders. In fact, if the status quo is maintained, it’s likely to repel the most creative talent, which is neither greedy nor desperate. If this rings true for your company, it might be time to call for a transformation. Here are some guidelines to use.

Consider that most of their lives before joining your organisation were highly gamified. As achievers of better-than-average grades in school, they accepted the default structure and became winners. They filled their spare time with apps specifically engineered to grab their attention for long periods.

Now, consider all of these to be powerful competitors to your company’s best attempts to engage staff. They are formidable: not even our parliamentarians can resist Instagram or email during speeches at Gordon House.

And if your employees are spending their spare time starting new companies, or hustling side-gigs for extra income, consider that to be more of the same. Some of their interest in becoming entrepreneurs is to compensate for a lack of engagement in a disappointing job.

2. Your company is allowing bad games

If your leaders aren’t using game mechanics to deliberately engage staff, they do them a disservice. Some may go start new companies, but most will remain in your employment, falling into games that are harmful.

One of my summer jobs as a teenager with a government agency revealed a game of cat-and-mouse. Employees waited until the manager left the office to bring out cards, dominoes, and radios. When the appointed lookout spotted her return to the parking lot, shouts of “She ah come!” sent staff scurrying to remove the evidence and resume the pretence of work being done.

According to one conspirator: “Sometimes she tries to trick us by not pulling up in her usual spot!”

Unfortunately, most Jamaican companies are infected with a cabal of the most disengaged. They make fun of new employees who work too hard, at best, and may even ostracise those who persist in making them ‘look bad’ with high performance.

Eventually, the average new hire surrenders, dropping their standards, and expectations, just to fit in. This game of ‘do as little as possible’ can last an entire career, even though it may never be formally named.

The point is that these negative games – and innumerable others just like them – are at play in all companies. The only question is one of popularity. Call it a version of ‘The devil makes work for idle hands’, if you will.

What’s a way to prevent a culture of nasty games? Get leaders to explicitly create better ones. By so doing, you can scoop up new employees before they fall prey.

If your organisation is already overrun by people playing destructive games, start by teaching your managers the principles of gamification. Then use these same principles to give them a great first-hand experience as they apply them to their departments.

Continue by setting up programmes that place young, new employees in high-engagement activities from the moment they join. Don’t let them lapse into the boredom that invites mischief. Just help them experience the reality of positive games, which ultimately, gives them more of what they want in life.

- Francis Wade is a management consultant and author of ‘Perfect Time-Based Productivity’. To receive a Summary of Links to past columns, or give feedback, email columns@fwconsulting.com.