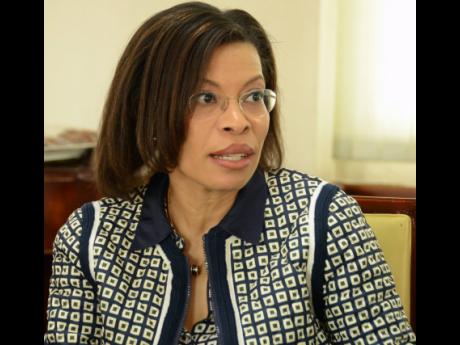 Starting Thursday, July 1, all international business companies, or IBCs, registered in the popular offshore jurisdiction of St Lucia, will be governed by a new, less favourable regime, including higher income taxes and less confidentiality. It’s...

Starting Thursday, July 1, all international business companies, or IBCs, registered in the popular offshore jurisdiction of St Lucia, will be governed by a new, less favourable regime, including higher income taxes and less confidentiality.

St Lucia joins Barbados in the reform of its IBC regime, which comes after international pressure on low-tax regimes and tax havens, mainly by rich nations that make up the OECD.

International tax consultant Allison Peart says, however, that the tax rate alone should not be the determining factor in the decision by Jamaican companies registered in the eastern Caribbean country on whether to call it quits or remain domiciled there.

IBCs in St Lucia will no longer be exempt from income tax or benefit from a one per cent tax rate. IBCs incorporated there are now deemed to be resident in the country and subject to an income tax rate of 25 per cent. Stamp duties and withholding taxes will also apply, with some limited exceptions.

With the tax changes, IBCs will no longer be restricted from doing business with St Lucian residents and may own immovable property.

St Lucia amended its 1999 International Business Companies law in 2019, and gave offshore companies headquartered there up to June 30 to comply.

Barbados changed its IBC regime in 2018 to a regime for all companies.

Removing the shroud of secrecy enjoyed before the legal changes, all St Lucia IBCs, through their registered agents, are now required to file annual returns indicating shareholders, directors and beneficial owners, as well as unaudited financial statements. Registers of shareholders, directors and beneficial owners are required to be kept at the registered office in the country. The registered agent is required to report by providing a list of companies in default of any of the filing requirements, and there are penalties for failure to supply the returns.

Peart, a chartered professional accountant and global tax advisory consultant with close to 30 years’ experience in auditing, accounting and tax advisory in Jamaica, Canada and Europe and the United States, said affected companies should consider carefully what they were established to do and whether their business objectives are still being met with the legal changes.

“It’s not something that business people should throw their hands up say ‘it’s over’,” said the tax consultant.

“They have to look very carefully at what the regime is,” said Peart, who up to 2019 was country managing partner for Ernst & Young but left and formed her own consultancy, A. Peart Advisory Services Limited.

Caribbean IBC regimes have come under pressure because the Organisation for Economic Co-operation and Development, which is made up of the 38 of the world’s richest countries, is concerned that multinational companies are not paying their fair share of taxes and are manipulating structures such as IBCs towards to avoid taxes, she noted.

The more elite club of rich nations, the Group of 7, earlier this month proposed a minimum global tax to be applied at the rate of 15 per cent on all corporations that operate across multiple jurisdictions in order to address the tax avoidance issue, collaboratively.

However, many questions remain about how the tax will be applied and which countries would collect.

The G7 leaders said they are also hammering out an agreement on a new tax to be paid to countries where companies make their money, rather than where they are headquartered, as was previously the prevailing view.

The Jamaican Government has not commented specifically on either the new IBC regime or the G7 proposal. On the latter, Finance Minister Dr Nigel Clarke declined to comment although sources say the Government is awaiting the details of the proposal. On the former, Clarke noted in his opening budget speech in Parliament in March this year that the Government had tasked a working group looking at venture capital, to review ways of attracting essentially Jamaican companies, incorporated in some other Caribbean jurisdictions for “tax efficiency” purposes, to relocate their headquarters to Jamaica.

Peart said the Caricom treaty on taxation could be a starting point for Caribbean nations to rationalise corporate tax issues, harmonise taxes and encourage cross-border investment, without running afoul of global best practices.

“Jamaica has come a long way, but there is much more to be done,” she said.