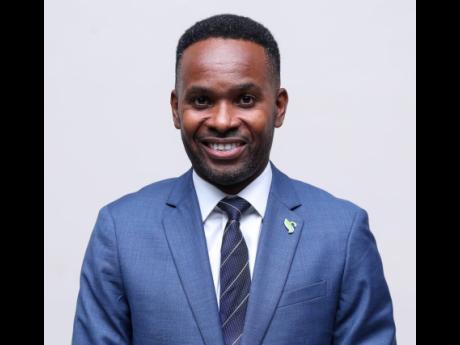 In the aftermath of Sagicor Group Jamaica’s announcement of a US$100-million acquisition of a major stake in the LNG power plant that fuels the Jamalco alumina refinery, one of its analysts is recommending renewable energy and infrastructure assets as the new go-to sectors for investment in the Caribbean and Latin America.

The suggestion comes within the context of discussions around what the region can look to exploit for economic gain as it seeks to recover from the pandemic.

“The private market is where we see some opportunities exploding, primarily in the infrastructure and logistics sectors. The region, like the rest of the world, is looking at opportunities in the energy space, especially renewable energy,” said Sean Newman, executive vice-president and chief investment officer for Sagicor Group Jamaica, at a Bloomberg virtual discussion on the path to recovery for the Caribbean and Latin America.

Newman sought to distinguish between the private investment space and local equities, which, he said, have the potential for a late rally, despite trailing international stock markets so far this year, and is not proving to be among the biggest creators of wealth in the midst of the ensuing COVID-19 pandemic.

“Year-to-date, our market, having been one of the best-performing markets globally, is still trailing the major markets by about five per cent. We are seeing opportunities in global markets, and there is continued prospects for recovery in some of the more cyclical sectors,” he said.

For Charles Seville, senior director and co-head of the Americas sovereign ratings at Fitch Ratings, the spillover from what he regards as the strong US economic recovery, will be substantial for the region, extending even to sectors like tourism, which was decimated by the pandemic.

“The main channels of transmission are remittances and tourism. The policy stimulus in the US has spilled over directly into remittances to the region. Remittances are proving to be surprisingly durable for places like Mexico and Jamaica, which is still seeing 30 per cent growth year-on-year,” he told the forum.

Seville said the strong remittance flow that hasn’t dipped even for the usual seasonal fall-out after December, has been among the increased sources of foreign exchange that have worked with declining imports from supply chain disruptions, to shore up the current accounts of some regional economies in the face of declining revenues from exports and services.

The Fitch analyst said investors in tourism were sanguine that the sector would rebound, as international travel was in line to recover following the resuscitation of domestic US travel.

“I think the short-haul destinations from the US are at a bit of an advantage at this point, and the when US travellers venture abroad, they will be looking at the Caribbean first. It’s a more a question of time. Some investors are going to invest now in increased capacity,” he said.

Meanwhile, on the prospects for higher inflation in regional economies amid the recovery, Sagicor’s Newman is of the view that with the economic recovery being uneven and “differentiated” across the region, economies with floating exchange rates, such as Jamaica, will come under greater inflation pressures.

“That will be the key pressure point in determining inflation pass-through,” Newman said, noting that foreign exchange availability will give policymakers the ammunition to respond by creating outlets through which inflation pressures can be eased.

Last week, the Jamaican central bank announced the decision of the BOJ Monetary Policy Committee to hold its policy interest rate firm at 0.50 per cent, despite an uptick in annual inflation from 3.8 per cent in April to 5.0 per cent in May.

There have also been global signs of growing inflationary pressures, including a 13-year record jump in monthly headline inflation for the United States in May, as well as rising commodity prices and fears about the knock-on effect of huge stimulus spending by governments.

Inflation expectations and what is being described as the contamination of inflation next year, is of major concern to Claudia Castro, director of fixed income research at US investment management company Invesco.

“At the start of the year, we had expectation that inflation pressures were not going to be as resilient or sustained as we are seeing them now. This is bringing the concern that, as inflation projections for this year are substantially above what we were expecting, and above central bank targets, the danger is that this (might) not be reversed to a large extent for next year,” she said.

Castro says if central banks increase rates now to ward off further inflation, the effects would be felt in a dampening of next year’s prices.

“You don’t want to see inflation expectation next year increasing in a sustained way. People are taking stock of this deteriorated inflation period this year, but you don’t want it to contaminate next year. I think central banks will have to be very careful,” said the analyst.

“Last year, central banks were able to lower interest rates to levels that otherwise they would not have chosen to have. This is because of the unusual nature of the shock and the necessity to have fiscal and monetary stimulus to shelter the economies from the effects of the shock. But part of (the shock) is reversing, so, perhaps, there are areas where the central banks went too far that needs to be reversed. We call it partial normalisation, or normalisation of interest rates,” she added.

Castro is cognisant that governments in the Caribbean and Latin America face the prospect of explaining the current economic situation to their citizenry, and the need for continued reforms.

“If they take this approach, explaining to the populations the inflationary pressures, informing them what they can expect, perhaps the central banks will manage expectations in this way and will not even need to hike rates more,” she said.