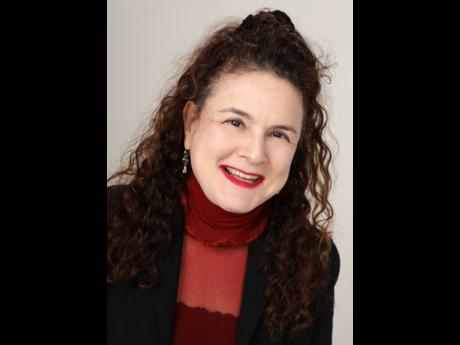 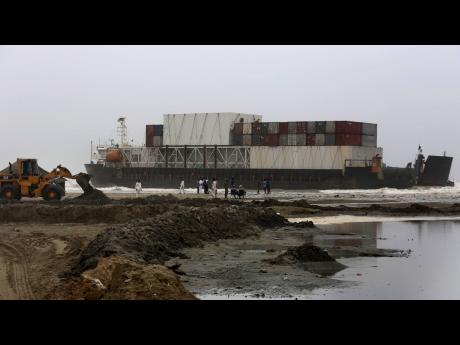 AP
Officials of the Karachi Port Trust and Pakistan Navy prepare to conduct an operation for refloating the stranded Heng Tong 77 cargo ship at Sea View Beach near the southern port city of Karachi, Pakistan, Monday, July 26, 2021. Pakistani authorities said they are working on plans to refloat the cargo ship that ran aground last week amid bad weather en route to Istanbul from China.
1
2

Automobile and electronics manufacturers worldwide have recently had to reduce output because a severe drought in Taiwan has hit the island’s production of semiconductors.

This and other global supply-chain disruptions – many of them caused by the COVID-19 pandemic – have prompted advanced economies to take steps to mitigate the potential impact. But what types of government action make economic sense?

Supply-chain bottlenecks can have a significant economic effect. Germany, for example, imports 8 per cent of its intermediate products from low-wage countries. The United States relies on these economies for just 4.6 per cent of its inputs. Problems with input deliveries recently led Germany’s Ifo Institute to lower its forecast for German GDP growth this year by almost half a percentage point, to 3.3 per cent.

This vulnerability helps to explain why the European Union has earmarked part of its €750 billion (US$884 billion) Next Generation EU recovery fund to bolster Europe’s semiconductor design and manufacturing capabilities. The US chipmaker Intel plans to invest in several European countries and to open a semiconductor factory in the region with EU help.

Meanwhile, Bosch, Europe’s largest automotive supplier, recently opened a chip-manufacturing plant in Dresden with the help of European subsidies. Bosch’s investment in eastern Germany is the latest in a series of battery cell projects in “Silicon Saxony”, which policymakers hope will reduce Europe’s dependence on Asian suppliers and make it more resilient to future global health and climate crises.

US policymakers have similar concerns. In June, a task force appointed by President Joe Biden’s administration presented its assessment of America’s supply-chain vulnerabilities across four key products: semiconductors and advanced packaging, large-capacity batteries of the sort used in electric vehicles, critical minerals and materials, and pharmaceuticals and advanced pharmaceutical ingredients.

Some might argue that rich-country governments’ efforts to strengthen domestic and regional production networks reflect a new form of economic nationalism driven by fear of China. But the crucial question is whether companies really need state help to protect themselves against supply-chain turbulence.

There are three ways advanced-economy firms can make their input supplies more resilient, and only one of them requires government involvement. One option is to reshore production from developing countries. Recent research that I co-authored shows that the COVID-19 crisis, by increasing the relative costs of supply chains, accelerated the reshoring trend that began with the 2008-2009 global financial crisis.

The production disruptions and higher transport costs resulting from the pandemic made supply chains more expensive; the price of containers used to ship goods from Asia to Europe and the US increased about eightfold. At the same time, lending rates fell sharply relative to hourly wages after the financial crisis, making robot-based production much cheaper than employing workers.

A second way for firms to insure against supply-chain shocks is to build up inventories. Rich-country firms long ago adopted lean Toyota-style manufacturing operations that enabled them to reduce costs substantially. But many may now switch from ‘just in time’ production to a ‘just in case’ model that, while more expensive, offers greater safety and predictability.

Third, companies can dual-source or even triple-source inputs, relying on suppliers from different continents in order to hedge the risk of natural disasters or other regional disruptions. But this diversification strategy has its limits. For example, a highly specialised supplier that invests in research and development in order to provide a specific input is not easily replaceable, and sourcing others can be costly.

Heavy regional concentrations of suppliers also make diversification difficult. Most producers of chips, battery cells, rare earth materials such as cobalt and lithium, and pharmaceutical ingredients are based in Asia. The Taiwan Semiconductor Manufacturing Company and South Korea’s Samsung dominate the global semiconductor market, while China produces about 70 per cent of the world’s battery cells for electric vehicles.

The current global semiconductor shortage illustrates how geographic clustering of input suppliers can generate upheavals in the rest of the world. In a 2012 paper, MIT’s Daron Acemoglu and his co-authors showed that disruptions to an asymmetric supply-chain network – in which one or few suppliers deliver inputs to many producers – can spread throughout the world economy and potentially lead to a global recession.

Two recent studies support the conclusion that supply-chain disruptions can have economy-wide effects. Jean-Noël Barrot of HEC Paris and Julien Sauvagnat of Bocconi University studied three decades worth of major natural disasters in the US, and found that suppliers affected by a flood, earthquake, or similar event impose large output losses on customers. When a disaster hit one supplier, firms’ sales growth declined by an average of 2-3 percentage points. And the effect spilled over to other suppliers, amplifying the initial shock.

Similarly, Vasco Carvalho of the University of Cambridge and his co-authors show that the disruption caused by the 2011 Great East Japan Earthquake spread upstream and downstream along supply chains, affecting direct and indirect suppliers and customers of disaster-hit companies. They found that the earthquake led to a 0.47-percentage-point decline in Japan’s real GDP growth in the year following the disaster.

In such cases, governments can play a useful role by helping to provide firms with more potential alternative suppliers. By providing incentives to firms to move into sectors with high vulnerabilities to supply disruptions, governments in the EU and the US can ensure that a sufficient number of suppliers are available in both Europe and North America to hedge against the risk of disruption.

The world has recently experienced a cascade of supply-chain disruptions, and will likely suffer from more global pandemics and extreme weather in the future. Business leaders and policymakers must think about how to minimise the effects of such shocks on production networks and the global economy – and when government should step in.

Dalia Marin, Professor of International Economics at the Technical University of Munich’s School of Management, is a research fellow at the Centre for Economic Policy Research.© Project Syndicate, 2021www.project-syndicate.org