Bolt investing in another BPO facility 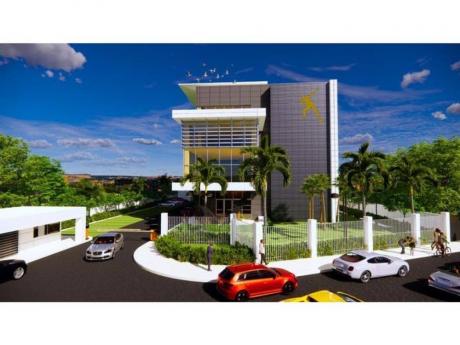 Jamaican Olympian sprinter Usain Bolt is investing in another real estate development at 30 Hope Road in Kingston that is to become a business process outsourcing centre. The property, encompassing 60,000 square feet of land, has been sitting idly...

Jamaican Olympian sprinter Usain Bolt is investing in another real estate development at 30 Hope Road in Kingston that is to become a business process outsourcing centre.

The property, encompassing 60,000 square feet of land, has been sitting idly for the past two years following the demolishing of a radiology centre it once housed but is now being advertised for lease by Bolt through realty firm RE/MAX.

The plans as described, so far, involve the development of a BPO centre there, which will be leased for US$89,647 or $13.9 million in local currency, monthly, to a single tenant. However, it appears that Bolt’s team first wants to reach agreement with the prospective lessor before erecting the facility and is in the process of advertising for applicants.

The sport celebrity has been confirmed as the single investor in the project by his business and investment manager, Norman Peart. Bolt has otherwise put money into two other BPO-related ventures in the past: one in Montego Bay through acquisition; and the other, known as The 76 Towers, which was developed at Half Way Tree Road, Kingston.

The offer to the prospective lessor of 30 Hope Road is packaged around the land, which is in the proximity of Kingston’s main transportation hub, and the build out of a four-storey “cutting edge commercial complex” with a two-level parking basement.

“The property has been on the market for about two to three weeks now. We have been getting calls, but nothing concrete as yet,” said David Dixon, a real estate agent with RE/MAX.

The building itself will span 51,100 square feet and will be able to accommodate up to 2,500 employees. It already has approvals from the Kingston & St Andrew Municipal Council, and a permit has been secured from the Jamaica Special Economic Zone Authority to operate as a special economic zone, Peart said.

The realty firm on its website identifies Bolt as the property owner, but there have been other owners before him. It was acquired by optician Izett Burnham Solomon in 1986; then by Pinaculo Investments Limited in 2013; and in 2018, was transferred to Cathexis Limited, which remains the current holder of the asset.

Cathexis, which is in the business of rental services, lists construction consultants Ole Moe and Edward Azan and business executives Norman Peart and Nugent Walker as directors. Walker is Bolt’s executive manager.

Cathexis itself is held through a St Lucia-registered company, Empresa Caribe Limited, which is the single shareholder.

An image of Bolt’s signature lightning pose will grace the building at 30 Hope Road, according to the graphical design of the BPO facility being advertised by RE/MAX. The projects managers that oversaw the 76 Towers project – Gary Matalon’s and Richard Levee’s company, Neustone Limited – will also oversee the 30 Hope Road development.

Neustone holds no stake in the 30 Hope Road project, Peart told the Financial Gleaner. Neustone also has no stake in 76 Towers, he said.

Matalon and Bolt are business partners through KLE Group Limited, which is the operator of a restaurant business that the Olympian allows the use of his name and image – Usain Bolt’s Tracks & Records.