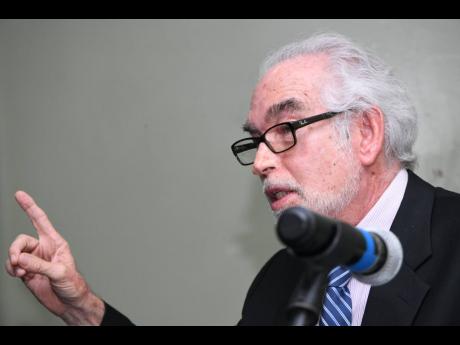 The cruise market is reopening again for Jamaica, bringing with it the prospect of new business from a flow of foreign visitors for the Dolphin Cove marine park.

Five of Dolphin Cove’s sites are now open for business, while the sixth – Dolphin Cove Puerto Seco – is awaiting the restart of cruise calls at the Falmouth, Trelawny port; and 80 per cent of the marine park operator’s staff are back on the job.

“We had a small number of foreign visitors yesterday and I think it’s something that is going to slowly ramp up. We are happy, because for more than a year we’ve been relying on business from the local market to fill gaps from the cruise ships,” said CEO and Chairman Stafford Burrowes on Tuesday.

“We hope that the local market will keep up, and for business from cruise ships to get stronger,” he said.

Jamaica welcomed back the first cruise ship, Carnival Sunshine, after a COVID-induced 17-month hiatus of cruise ship calls. The ship, which has a capacity of just over 3,000 passengers and 1,000 crew, dropped anchor at the Ocho Rios, St Ann cruise port on Monday.

“It’s very clear that there is a tremendous effort being made by the cruise ships to minimise COVID-19 infections and most, if not all, were vaccinated, so I think it’s going to work,” Burrowes said optimistically.

Tourists continue to be Dolphin Cove’s biggest source of revenue, and their absence has hurt the company’s business.

The rebound was not sufficient, however, to match pre-pandemic earnings, which amounted to US$1.7 million at half-year 2019.

Dolphin Cove has a number of development plans on the card, inclusive of capital projects earmarked for St Lucia, where it previously made a 40 per cent deposit on the construction of a new encounter park; and in Turks & Caicos, where it also setting up a marine attraction.

Those initiatives have been pushed back to deal with the more pressing issue of keeping the current operations afloat during the health crisis.

Burrowes says it’s likely the plans to scale the business outside of Jamaica is off the agenda for now, possibly for another year or so.

“Those things are still on the table, but are on the back burner for now. Once we are out of the pandemic, we will start working on those again, and that would take us into 2022-2023,” he said.