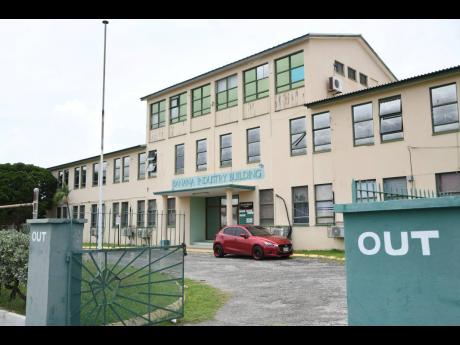 The Banana Board is in talks with an unnamed Canadian company that it hopes to supply with vacuum-packed, peeled green bananas for redistribution in the Canadian retail market. The discussions are ongoing, but the Banana Board, a state agency that...

The Banana Board is in talks with an unnamed Canadian company that it hopes to supply with vacuum-packed, peeled green bananas for redistribution in the Canadian retail market.

The discussions are ongoing, but the Banana Board, a state agency that monitors the banana sector, hopes to wrap up talks by September and to have the first batch of product shipped before year end.

Its push to secure export markets for the product, which is processed and packaged by the Banana Board, comes a year after the agency started supplying the local market with the vacuum-packed food that it says retails for $150 per pack of 12 bananas and $90 for a pack of six, while the price of bulk peeled greens is $165.00 per kilogramme.

The agency joins others, such as Benlars Foods, that offer similar products.

“The peeled green is something that the Banana Board has been contemplating for quite a while, given our mandate to increase production and productivity, and to move into more value-added products,” said Procurement Manager Kedrick Randall.

“We have expressions of interest for the exportation of the vacuum-packed, peeled greens from someone who has a base in Canada, which we are pursuing currently,” he told the Financial Gleaner.

The Banana Board first began exploring plans to move up the value chain with green bananas in 2014. Banana chips and ready-for-cooking packages were seen as good prospects. If such commercial activity were sustained, it would, as one of its goals, create a steady market for local banana farmers, making up for some of the fallout in the trade after Jamaica lost its preferential market access to Europe in 2000.

Some 64,000 banana farmers operate in the industry.

In 2016, the Banana Board entered into its first arrangement, supplying the restaurant of the Jamaica Defence Force, and later Andrews Memorial Hospital, with bulk peeled greens on a weekly basis.

The bulk product is sold for $165 per kilogramme.

Supplies to the two institutions have been consistent over the years, the board said. Then in 2020, retail channels opened up for the peeled and vacuum-sealed product through an arrangement with the Shoppers Fair supermarket chain owned by a conglomerate of grocery operators known as Progressive Grocers of Jamaica.

Exporting the product is the next frontier.

The contract with the Canadian company would see the Banana Board buying even more of the green fruit from local farmers.“Our role is really to research and develop … . We are taking it as far as we can, and then we hope to get partners to commercialise the product. But at the same time, we have to be mindful that we have the supply chain,” Randall said.

“The farmers are coming on board. If we get good commitments, then we will feel confident to go to our farmers and tell them to increase yields,” added Oral Lewis, the board’s head of extension services.

Most banana farms in Jamaica produce the Cavendish variety, which is best eaten ripe. The HFIA banana variety, named for the Honduran Foundation for Agricultural Research, contributed 4,050 tonnes to last year’s production numbers. It’s grown on 452 acres of land in the parishes of Portland, St Mary, St Thomas and St James.

The Banana Board controls two acres of the 452 HFIA acres, and grows Cavendish bananas on another 15 acres.

About 15 per cent of the HFIA yield is processed as peeled greens, 50 per cent is used to produce banana chips, and the rest is sold as green bananas for cooking.

“This banana is not best when ripe,” said Lewis of the HFIA variety. “The main purpose of this variety is for cooking and to make chips,” he said.

The Banana Board’s next commercial project includes banana and plantain porridge mixes, for which the R&D has already been done. It’s now trying to find a local private-sector partner to package and market the product.

“We have developed the product and have exposed it at the Denbigh Agricultural Shows, but it’s not yet on the market,” said Randall. “These are products that we also hope the private sector will take on. We have done studies on it, but it will take significant resources to get things going, because it involves both a drying and milling process,” he said.