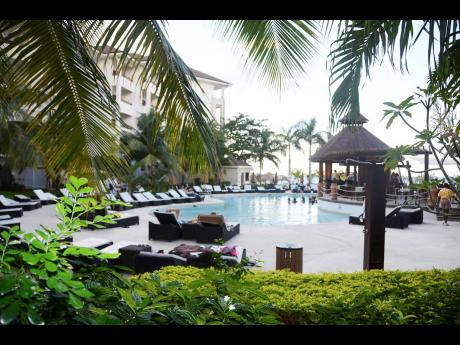 File
A Secrets reort in Montego Bay that Hyatt Hotels can now count within its portfolio with the acquisition of Apple Leisure Group.

H yatt Hotel Corporation will triple its presence in Jamaica under the acquisition of the Apple Leisure Group, which owns various brands, including Secrets Resorts and AMResorts.

Currently, two Hyatt-branded hotels are owned and operated in Jamaica by Playa Hotels & Resorts. With the acquisition, it will add four more resorts that are operated under brands owned by Apple Leisure. It should also grow the affiliated room count from 610 to 1,509, based on Financial Gleaner estimates.

The wider deal sees the company “doubling the number of resorts in the Hyatt system” from 102 to 204, arising from a US$2.7-billion cash transaction. The transaction should close before year end.

Since 2013, Playa and Hyatt have been partners in the development and management of all-inclusive resorts throughout the Caribbean and Mexico. Additionally, Playa describes itself as a significant franchisee of Hyatt hotels. What’s more, Hyatt holds the second-largest block of shares in Playa, accounting for 7.39 per cent of the company, behind Davidson Kempner Capital Management with 8.53 per cent.

Up to June, Hyatt’s global portfolio included more than 1,000 hotels and all-inclusive properties in 68 countries.

Apple Leisure Group’s portfolio consists of over 33,000 rooms operating in 10 countries. The portfolio has grown from nine resorts in 2007 to some 100 properties, and additional hotels in the development process.

In May this year, it was reported that AMResorts planned to build two additional hotels in Jamaica: a 280-room Dreams resort in Montego Bay and a 700-room Secrets resort in Richmond, St Ann.

Apple Leisure CEO Alejandro Reynal and his leadership team will remain with the combined group. Reynal will become a member of Hyatt’s executive leadership team and report to Hyatt CEO Mark Hoplamazian.