Miracle Corp back on the hunt for local distribution contracts 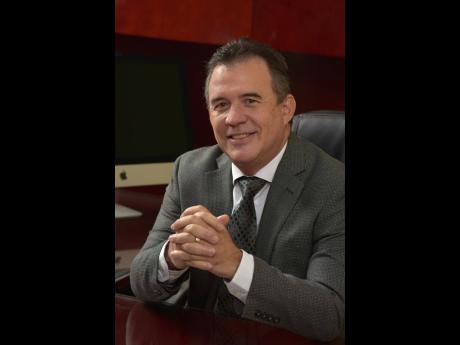 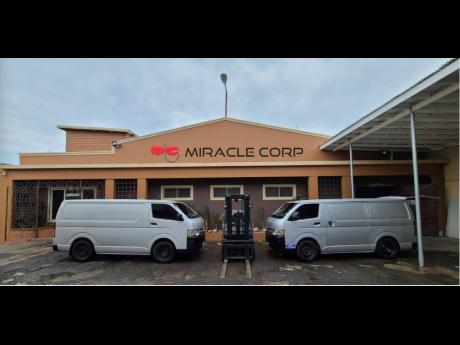 Miracle Corporation, a business that started out in 1973 as a distributor of locally made clothing brands, has grown to 50 brands in nearly half a century but has left behind the garment market, having staged its exit when it had grown heavy with...

Miracle Corporation, a business that started out in 1973 as a distributor of locally made clothing brands, has grown to 50 brands in nearly half a century but has left behind the garment market, having staged its exit when that sector had grown heavy with competition from cheap imports.

The business now distributes products such as motor oils and tyres; disposable food containers and utensils to restaurants and hotels; bulk ketchup, oil, vinegar; and protective wear such as aprons, masks, and gloves, a portfolio that has evolved into mostly imports. It is exclusive distributor for AMSoil in Jamaica. It also supplies Dunlop tyres, WD-40 lubricant, ArmorOil, 3M cleaning bags and supplies, Dart disposable plates and cups, among other foreign brands.

Then around four years ago, Miracle Corp, which is headed by CEO Richard Anthony Lee, decided it wanted to again prioritise local brands and would actively do more to market Jamaican-made products both domestically and overseas.

The first of those arrangements, three years ago, was the exclusive distributorship of the True and  Natural brand of face and body soaps in a deal with a connected company that Lee declined to name.

Its soap distribution contract was later expanded with the Naked Care soap line.

Now, Lee is on the hunt for other distribution arrangements from partners that are independent of Miracle Corp.

“We are placing heavy emphasis on locally and regionally manufactured products. I would say 90 per cent of our energies now are on exclusively distributing privately owned brands made in Jamaica,” Lee, told the Financial Gleaner.

Six months ago, Miracle Corp struck a deal for the exclusive distribution of the Heart of Jamaica spring water brand.

It is also finalising a distribution arrangement for alcoholic beverages on behalf of an unnamed company within the Caribbean – a deal that is expected to be sealed by year end - and is negotiating with a company around the distribution of a new brand of coffee and teas.

“We are in discussions with a company developing its own private label for the Jamaican Blue Mountain Coffee and teas. The company will do the traditional green teas but also ginger tea, sorrel, and turmeric,” Lee said.

The company, which is made up of little over 30 employees, is already selling its soaps in the Caricom market but wants even larger earnings from exports and is looking to secure distribution deals in the United States for its soaps, coffee, alcoholic beverage and teas before moving towards Europe and Asian countries such as Japan.

Lee expects to add 10 to 15 per cent more to revenues annually by expanding Miracle's distribution portfolio and going more aggressively after foreign markets.

“Across the four divisions that we have, Miracle Corporation's export is very small compared to our import, and that is why we want to grow that segment of the business. We really want to exceed our dollar figure for exports than we do for imports in two to three years,” he said.

Explaining the arrangement with Medical Disposables & Supplies, which has a strong presence in pharmacy and retail channels, Lee said Miracle was willing to form alliances in areas that are not its core strength.

“In other words, our core strength is in the distribution to hotel chains, restaurants, cook shops, and garages. For areas that we need help in distributing, we will find the best- suited partner for those whether locally or internationally,” he said.