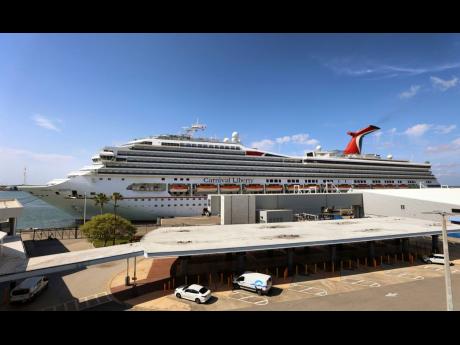 AP
In this May 12 photo, a Carnival cruise ship, ‘Liberty’, is docked at Port Canaveral, Florida. 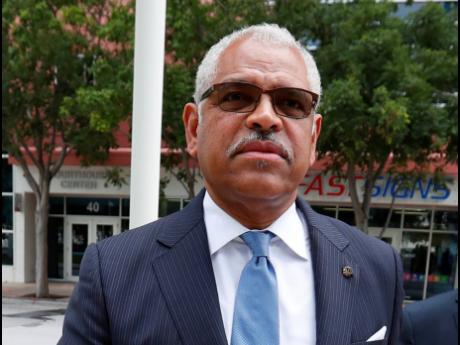 Carnival Corp, once a US$21-billion company, saw revenue plunge to zero overnight last year when the pandemic shut down the cruise industry.

It’s CEO Arnold Donald’s job to navigate uncharted waters for the cruise giant, which operates nine brands that span the globe. The company hopes to have the entire fleet of nearly 90 ships back sailing by next spring, but regulations aimed at limiting the spread of COVID-19 on board have meant slow going so far.

Donald is counting on experienced cruisers being eager to sail again. He acknowledges, however, that the industry faces a challenge to attract new followers.

Donald has been CEO since 2013, when he replaced founder Micky Arison, who remains chairman. The change came after a fatal accident involving a ship off the coast of Italy and an ill-fated voyage that came to be called the ‘poop cruise’ when toilets didn’t flush as the powerless ship floated in the Caribbean for days.

Under the leadership of the New Orleans native, Carnival prospered for several years, posting a US$3-billion profit in 2019. Then came the pandemic, and the company lost US$10 billion.

Donald talked recently to The Associated Press about his company, the cruise industry, and the intersection of business and politics. Answers have been edited for length.

Q. Can you start by describing what the pandemic has done to Carnival?

A. It’s certainly been devastating to the travel and tourism sector overall, and maybe even more so to the cruise industry in particular. Even though we had no revenue, we had to continue to man the ships with minimal manning, so we had a significant burn rate with no revenue coming in.

Q. How will your company and the cruising industry recover?

A. It’s very simple. The demand for travel experience in the global population has not gone away — that demand is still there. In a very short period of time, the world has kind of made itself knowledgeable and developed solutions to address (COVID-19). It’s not perfect. It’s not foolproof, but it’s allowing us to return to the things we love in a better way. We have successfully been sailing during the pandemic, even before vaccines over in Europe.

Q. What impact has the Delta variant of COVID-19 had on bookings and cancellations?

A. I can’t talk between quarters, but, just generally, I would tell you that as we look ahead, we don’t see major barriers out in the future to cruise.

Q. Do you worry that last year’s news coverage of virus outbreaks on cruise ships will scare away passengers for a long time?

A. For people who haven’t cruised and don’t understand it and don’t know what it is, sure, those images make it a harder hill for us to climb. For those who have cruised — and there are plenty of them — we do not have an issue, because they know that when you go on a cruise there’s a medical centre on board, and there’s a doctor and nurses and hand-sanitising stations. We’ve got a lot of protocols already in place, and now we have enhanced those for the specificity of the challenge that is COVID-19. People who cruise understand that. They know the ships are not airplanes, where people are sitting right next to each other all the time.

Q. Unlike the airlines, which got a US$54-billion bailout for the pandemic, Carnival and other cruise companies didn’t get any federal aid. Is that because you’re incorporated in Panama?

A. We’re not technically a US corporation, so of course that could influence a decision like that. I don’t know why the government did what it did, but that’s a rational thought. It would have been nice to have had some assistance. We have a lot of US employees.

Q. Analysts (in a FactSet survey) expect Carnival’s revenue in 2023 will top 2019. That seems optimistic to me. Can you do that?

A. We will probably have a little bit more capacity ... . There is probably going to be a potential environment for stronger pricing. That combination will lead to more revenues. So it’s certainly a possibility. We aren’t giving a forecast yet.

Q. As CEO, you replaced the founder, Micky Arison. You came in shortly after the Costa Concordia capsized off Italy and the Carnival Triumph drifted around the Caribbean with no power and no toilets after a fire knocked out power. What was that like?

A. Micky hadn’t been booted out as CEO, which some people were trying to say in the media. He was a big part of the decision to divide the chairman role and the CEO role, knowing that we had to focus attention on some of these areas that with the publicity and all of that, and other areas in the business that needed additional focus. That was all constructive, it was collaborative.

Q. You’re among the relatively few black CEOs of Fortune 500 companies. When some in the business community mobilised against a Georgia law that they said would hurt minority voters, you didn’t seem to take a visible role. Is that a fair characterisation?

A. I do try to stay away from politics when you get to parties and that kind of thing because we have Democratic guests and we have Republican guests, and they’re both entitled to their points of view. But I do believe in standing up for things that are fundamentally right, and in that particular case I did sign on to that (a petition protesting the Georgia election law) with other leaders in the business community. One of the most basic rights in a democracy is the right to vote. We need to do things to encourage people to vote.

A. As long as the board and the shareholders want to have me continue to do it — certainly as we navigate through the rest of this pandemic and get this corporation back on the straight road of financial success, with great returns to shareholders.