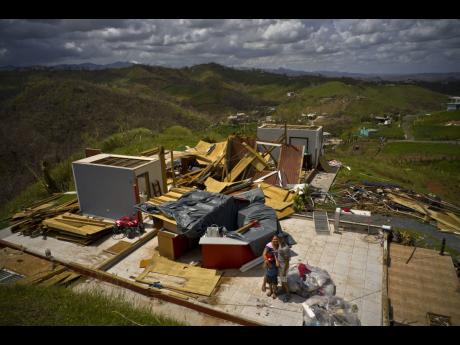 AP
Members of a family stand in the remains of their home destroyed by Hurricane Maria, in the San Lorenzo neighbourhood of Morovis, Puerto Rico, on October 7, 2017. 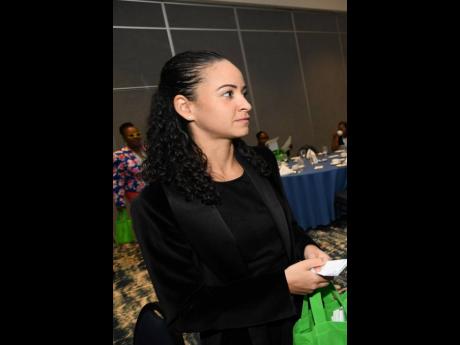 Rating agency Fitch has put a price tag of a whopping US$1.3 billion or some $194 billion on potential damage from a major, above-normal hurricane that could affect Jamaica, but says storm insurance from the recently activated catastrophe bond would provide some flexibility for the country’s recovery.

In July the World Bank approved the US$185 million or about $27.5 billion catastrophe bond-risk insurance, which would provide financial assistance in the event of a major storm. The amount represents just a small fraction of the country’s total output but Fitch said it would not contribute to the national debt. Other global agencies cover the initial premiums for the bond which matures on December 29, 2023.

Although falling short during an outlier storm, the ratings agency said the bond would be sufficient to cover the average impact of hurricanes and flooding which it tots up at US$125 million or just under $18 billion.

In a non-rating commentary on the bond on Wednesday Fitch said the bond “significantly strengthens the country’s natural disaster risk-mitigation strategy (and) adds (a) new layer of protection against hurricanes”.

“A one-in-50-years weather event will cost the Jamaican government US$1.3 billion, or 8.8 per cent of GDP. Recent hurricanes show how disruptive they can be to the public finances of small island economies,” Fitch said.

It added that Hurricane Maria in 2017 hit Puerto Rico as a category 4 storm, causing destruction estimated to have been equivalent to 78 per cent of that country’s 2016 GDP.

The Fitch commentary on the catastrophe bond did not result in any notable immediate movement in the prices of another type of debt, that of Jamaica global bonds, but at least one industry expert thinks Fitch’s pronouncement is good news for the market.

“It is good news, but I think that the current valuations will limit upside. The bonds are already trading slightly richer than comparable Single B sovereign credits. So, I don’t think there is a ton of upside for the price,” Marian Ross, vice-president of trading and investment at Sterling Asset Management, said in response to Financial Gleaner request for a comment.

In March, Fitch affirmed the Jamaica’s B+ rating for its debt and described the outlook as stable. That rating, it said at the time, was supported by World Bank governance indicators that are substantially stronger than the ‘B’ and ‘BB’ medians countries. The rating agency, however, noted the country’s vulnerability to external shocks, including storms.