Advertorial | Why vote for Roger Hunter? 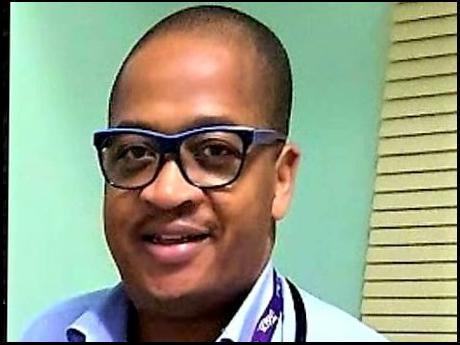 A vote for Roger is a vote for yourself.

A system where doctors working over 10 years do not know that the MAJ presidency was actually an elected position.

Roger gave us that knowledge. Note that many doctors have received multiple emails from MAJ and not one included a nomination for members of the administrative body or even worse about the election.

No one would imagine being a duly registered physician in Jamaica you would be privy to such details.

Just today an email was shared, sent in July and then in August, coming from MAJ, announcing that several positions in the MAJ were uncontested.

How can a post be uncontested if no one knows that it was even up for grabs in the first place?

Surely, isn't this a democracy.

Anyways let's not stray from the point, why vote for Roger?

1. He made the MAJ election public, our vote mattered, our opinions mattered. This position shouldn't be an "it's your time" kind of position. It should be the best man/ woman for the job sort of position.

2. As private physicians and as Roger coins it an independent public health care provider. And yes we love that name, independent health care provider. Too many times, physicians in the public system make it seem as if we too aren't serving the public. And we have no right in voicing our opinions regarding the medical needs of the public. Notably not because we earn a living by charging the patients directly and they earn a living by charging the government, make us any less of a public servant. Bearing in mind most "public" physicians, also work "privately".

4. With Roger I believe this archaic system can change. It seems only a subset of doctors, "the ones who have paid their dues", have rights in this system. When the Junior doctors did not get back their contract, we don't recall hearing any of these esteemed doctors speaking out on their behalf. Vote for Roger if you are tired of this feudal system, where the rights of anyone below consultants are treated with impunity.

5. A vote for Roger means we can go back to being true humanitarians in the eyes of the public.

Do not be perturbed by the recent media proclamations.

Note our number one approach to COVID-19 is primary prevention; social distancing, mask wearing, improvement of the immune system.

Secondary/ Tertiary prevention; COVID-19 vaccine. As it relates to relative hypoxia, note this is on the grounds of us, lobbying for removing the physical obstruction to the airways (the mucus plugs) and not solely focusing on giving oxygen.

Early COVID-19 treatment is important, it has saved lives.

Vote for Roger so we can continue to save lives in the midst of this pandemic.