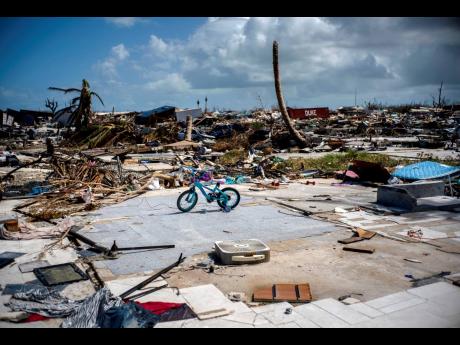 File
Damage from Hurricane Dorian in Abaco, The Bahamas. 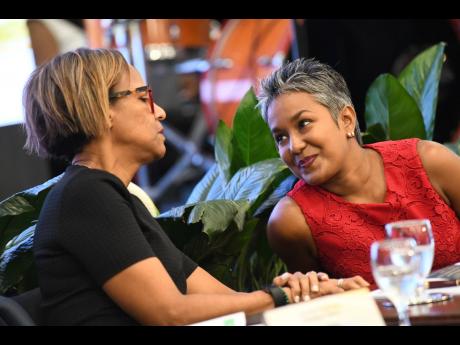 The Bahamas and Trinidad and Tobago have been fingered as the next two Caribbean countries expected to default on their sovereign debt, with widespread repercussions for their economies, populations, creditors and, eventually, the corrective policy prescriptions that are likely to come to bailout vehicles such as the International Monetary Fund (IMF).

Chief economist at Barbados-based fintech company, Bitt Inc, Marla Dukharan, is warning that long periods of economic policy inaction by successive governments, and the fallout from the on-going COVID-19 pandemic, have combined to derail prospects of economic stability and sustainability in those countries. For The Bahamas, she adds, the economic wipe-out resulting from the devastation estimated at some US$3.4 billion caused by Hurricane Dorian in September 2019, has cast a long shadow over the tourism-dependent country. Now the COVID-19 pandemic has dealt the nation a double whammy.

She said that, following defaults by Barbados and Suriname, The Bahamas was likely to be next, necessitating restructuring and IMF stringency in the near term.

Speaking at a recent virtual roundtable discussion on the prospects of Caribbean economies during the COVID-19 pandemic, hosted by the Arthur Lok Jack Global School of Business of The University of the West Indies, St Augustine Campus in Trinidad, Dukharan, a Trinidadian, reserved the harshest criticisms for governments of the twin-island republic.

The country, she said, averaged zero growth over the 10 years before the pandemic and haemorrhaged foreign exchange reserves since 2014, while spending profligately and borrowing just to service existing debts that are unsustainable.

She said the country's labour force participation continues to decline but that no labour statistics have been available since 2019. At the same time, she maintained, the rate of poverty in Trinidad reached 25 per cent in 2017 but there have been no clear policies to address the problem.

The economist bemoaned the absence of clear targets in the economic management of Trinidad.

“We don't know what the policy agenda is. We are rudderless,” she declared.

The economist accused successive Trinidadian governments of having engaged in a pro-cyclical pattern of government spending. When the economy is flush with resources, there is heavy spending instead of saving for lean times, she said.

“What we need is counter-cyclical fiscal policy so that, when we hit a crisis, we would have had enough money saved so that you can address the shortfall and continue to spend on certain projects like you're used to,” Dukharan recommended.

She pointed to the case of the Cayman Islands where their currency is worth more than the US dollar. Dukharan says the essence of the economic success in Cayman has been their fiscal discipline in that they have run a fiscal surplus, where tax revenues exceed government spending, even in the midst of the COVID-19 pandemic.

Citing Jamaica as another positive case, Dukharan said the country, having exited its IMF programme in 2019, was now on a positive growth path driven by sweeping reforms undertaken over the past decade, as well as two domestic debt restructures.

Barbados, she noted, went to the IMF in 2018, is now enduring a deep economic contraction, but is on a positive economic trajectory after what she described as “the steepest debt restructuring known to man”.

Suriname, she pointed out, was the latest to declare economic default and is in talks with the IMF.

In the pre-pandemic era, Dukharan reminded, the Dominican Republic, later eclipsed by Guyana, was the fastest growing regional economy. She said despite the pandemic-induced difficulties, Guyana, with new-found oil wealth, was still performing well.

“The Guyana economy was expected to grow by more than 80 per cent; but instead grew by about half as much, but that is still a global record and, even outside of a pandemic, that is phenomenal,” she opined.