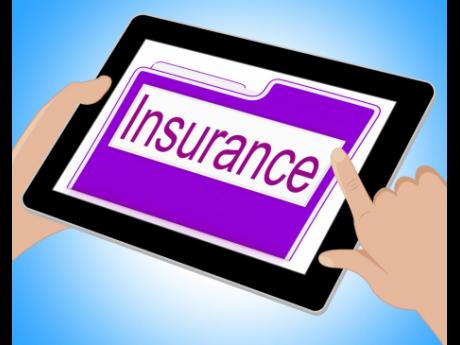 Two months ago, the New York Times reported that global leaders agreed to move ahead with what would be, in the words of the writer, “the most significant overhaul of the international tax system in decades”. Finance ministers from the world’s 20 largest economies, the Group of 20 backed a proposal that would crack down on tax havens and imposenew levies on large, profitable multinational companies.

If the plan is enacted, it could reshape the global economy, alter where corporations choose to operate, who gets to tax them and the incentives that nations offer to lure investments.

SUPPORT FOR THE G20 CONCEPTUAL FRAMEWORK

The finance ministers threw their support behind a proposal for a global minimum tax of at least 15 per cent on companies that earn more than US$890 million in revenue, that each country would adopt and new rules that would require large global businesses, including technology giants like Amazon and Facebook, to pay taxes in countries where their goods or services are sold, even if they have no physical presence there.

“The approach marks a reversal of years of economic policies that have embraced low taxes as a way for countries to attract investment and fuel growth. Instead, countries are coalescing around the view that they must fund infrastructure, public goods and prepare for future pandemics with more fiscal firepower at their disposal, prompting a global hunt for revenue,” the publication said.

The agreement followed a joint statement that was signed by 130 countries expressing support for the G20 conceptual framework. This was the subject of negotiations at the Paris-based Organization for Economic Cooperation and Development (OECD) for most of the last decade. The OECD estimates that the proposal would raise an additional US$150 billion of global tax revenue per year and move taxing rights of over $100 billion in profits to different countries.

These developments have the potential for Jamaica to finally enter the captive insurance market. A captive insurer, according to the US National Association of Insurance Commissioners, NAIC, is a wholly-owned subsidiary created to provide insurance to its non-insurance parent company (or companies). Captives are a form of self-insurance whereby the insurer is owned by the insured. They are formed to meet the unique risk-management needs of the owners or members. They provide potentially significant tax advantages, which can prove integral to longevity and company profitability because they are usually incorporated in low-tax jurisdictions which, if the proposed global tax measures are implemented, will be reduced, or disappear. The entity that was formerly known as the Caribbean Catastrophe Risk Insurance Facility and provides liquidity support to Caribbean governments in the event of natural disasters, operates through a Cayman Island-based captive entity known as CCRIF SPC.

Some large local private sector companies have established captives in The Cayman Islands, Barbados, and other Caribbean islands.

Captives are formed to cover a wide range of risks. Every risk underwritten by a commercial insurer can be insured by a captive. The type of entity forming a captive varies from a major multinational corporation (90 per cent of Fortune 500 companies have captive subsidiaries) to non-profit organisations. Once established, the captive operates like any commercial insurance company and is subject to regulatory requirements including reporting, capital, and reserve requirements.

Captive insurance companies have been in existence for over 100 years. The first captive was set up in Bermuda in 1962. Over the past 30 years, there has been significant growth in the captive market. Today, there are over 7,000 captives globally compared to 1,000 in 1980. Captives can be domiciled and licensed in many jurisdictions. The captive's primary jurisdiction is known as its “domicile”. Experts say that over 1,300 captives operate in the Caribbean. The number of captive domiciles is growing and remains competitive. More than 70 jurisdictions have legislation that governs how captives operate. Bermuda is the largest captive domicile, followed by the Cayman Islands. In Europe, Guernsey, Luxemburg, and Ireland are the market leaders. In the USA, Vermont is the largest domicile and is considered a leader in captive legislation.

The market for captives is big. Captive insurers in Bermuda are estimated to write premiums of US$40 billion. One expert says it's because the conditions that now exist in global insurance markets favour insurance providers. As the expert notes, “there are also new opportunities where coverage gaps exist for new and emerging risks like pandemic, cyber, and business interruption risks”.

The short to medium-term outlook for captives is positive.

The practice leader of one of Bermuda’s leading captive solution providers was recently reported to have said that “contrary to popular perception, the tax was not a motivating factor for many companies when establishing captives or choosing a domicile”.

ARE INSURANCE PROVIDERS READY TO PROVIDE COVERAGE FOR CBDC?

The Bank of Jamaica reported last month that “J$230 million in Central Bank Digital Currency will be issued to deposit-taking institutions and authorised payment service providers during the CBDC pilot exercise which ends in December”.

BOJ’s CBDC team demonstrated the process of minting digital currency during a ceremony.

CBDC, the release said, is “a digital form of central bank-issued currency and therefore is legal tender. It is not to be confused with cryptocurrency, which is privately issued, not backed by a central authority and does not perform all the essential functions of money. As legal tender, CBDC can be exchanged dollar-for-dollar with physical cash. Households and businesses will be able to use CBDC to make payments and store value, as now obtains with cash”.

Are the country’s insurance providers ready to provide coverage for CBDC in the same way that they offer insurance for physical currency? Perhaps if the country had a captive insurance market the emerging risks associated with the use of CBDC, and the ganja trade could be accommodated under a captive umbrella.

Cedric E. Stephens provides independent information and advice about the management of risks and insurance. For free information or counsel, write to: aegis@flowja.com or business@gleanerjm.com.