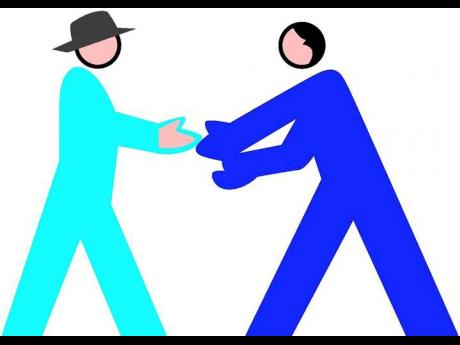 There are lessons that society and risk managers in particular, such as insurance companies, can learn from the ongoing pandemic. For example, what can we find out from the persons who refuse to get vaccinated? This article will focus on a small subset of a larger group, for example, those persons who are sceptical about the vaccine as opposed to those who are intent on protecting their constitutional rights.

What does the behaviour of the former group tell us? What are they saying? They could be saying a variety of things. One obvious thing is that these ‘refuseniks’ distrust the person or persons who are delivering the message about the need to get vaccinated. The lack of trust could imply that the recipients of the message do not believe the message. They could also be questioning the efficacy of the vaccines and have doubts about the truth of the message. They could also be saying all the above or other things. We need to listen and decode what they are saying.

These thoughts were sparked by an intriguing headline of a June 2021 Reuters news report titled, ‘Rastafari distrust of Western medicine contributes to Jamaica vaccine hesitancy’. The article said: “Only 32 per cent of Jamaicans said they would take a COVID-19 vaccine, according to a recently published Gallup poll. This estimate is one of the highest vaccine hesitancy rates worldwide and far below the around 60-70 per cent that World Health Organization experts have estimated is needed to achieve herd immunity.”

The concept of insurance

The two foreign reporters who authored the article linked vaccine hesitancy to one cause – Rastafarian beliefs. They have also probably overestimated the impact of this set of beliefs on the general population.

The concept of insurance is simple. It is founded on trust. In exchange for the payment of a premium, insurers agree to compensate policyholders for a specified loss, damage, illness, or death, caused by an unexpected event. In the words of Prime Minister Andrew Holness, insurers offer products “to ease the difficult transitions in customers’ personal and business lives and provide comfort and assistance”.

Despite the nobility of the mission, insurance has a bad reputation. The cause, in the opinion of One Inc’s insurance blogger Patricia Moore, is a lack of trust.

A 2014 survey conducted in Jamaica by the Mona School of Business & Management at the Mona Campus of The University of The West Indies found that a majority of Jamaicans surveyed trusted credit unions more than they did insurance companies. They had negative perceptions about insurers. Distrust exists on both sides – among the insurer and the insured. Insurers believe that some policyholders are cheats. They submit fraudulent claims. At the same time, the survey found that there is a general perception among consumers that insurance companies do not pay claims. I have no evidence that suggests the situation has improved during the seven years since the survey was done.

Consumers in the United States of America also have negative perceptions about their insurers. Only 38 per cent of them trust insurers, 26 per cent trust them but not very much, while 17 per cent have no trust at all in insurers.

Consumers in the United Kingdom also do not trust their insurers. The restructuring that is taking place in the Association of British Insurers, that I wrote about on August 21, was described as part of the industry’s efforts to boost customers’ trust and enhance the industry’s reputation.

The Geneva Association is the leading international think tank on insurance and risk management issues. In a September 2012 booklet titled, The Social and Economic Value of Insurance, it argues that the protection insurers provide offer individuals, institutions, and the economy what it describes as “a sense of security and peace of mind”. That protection, it says, “encourages loss mitigation, increases prosperity, and generally makes people more aware of the reality of risks and their consequences through information and pricing signals. It also addresses some of the misunderstandings about insurance coverage, in particular those areas where they have led to disappointment or disillusionment.”

None of these positive conditions can occur in the absence of trust.

I read recently that The Insurance Council of Australia, that country’s equivalent of the Insurance Association of Jamaica, announced measures intended “to improve the affordability and availability of commercial insurance products for the small and medium-sized business sector, including the creation of a Business Advisory Council (BAC) to collaborate on solutions to these issues. BAC will bring together business and insurance sectors with the aim of working through practical solutions to insurance availability and affordability issues.”

This is an excellent idea that could be easily implemented in Jamaica with trust, risk management, mitigation advice and education included. I recommend such a move to the Insurance Association of Jamaica.

The recent tragedy that led to the death of three men after they entered a septic tank in St Ann has brought into sharp focus employee safety within a particular industry. It has also highlighted the issues of insurance protection, the need for training and what can be done to prevent a recurrence.

The initiative that I am suggesting to the new IAJ president, if implemented, would go some way towards building trust, enhancing the industry’s reputation, and help it generate more revenue.

- Cedric E. Stephens provides independent information and advice about the management of risks and insurance. If you need free information or counsel to help you solve a problem, write to The Business Editor business@gleanerjm.com. or contact Mr Stephens directly at aegis@flowja.com. Letters and e-mails will be edited for clarity and length.