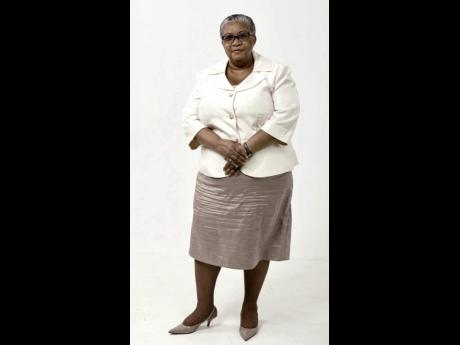 Women account for more than a third of investors in Jamaica, but younger women make up just over half of the new accounts on the Jamaica Stock Exchange, JSE, separate data sets show. “I can confirm that roughly 37 per cent of the JSCD account...

Women account for more than a third of investors in Jamaica, but younger women make up just over half of the new accounts on the Jamaica Stock Exchange, JSE, separate data sets show.

“I can confirm that roughly 37 per cent of the JSCD account holders are women,” said JSE Group Managing Director Marlene Street Forrest.

That still means that a majority, 63 per cent, of accounts at the Jamaica Central Securities Depository, a subsidiary of the JSE, are held by men. But with educational advancement and more high-paying job opportunities opening up for women, there is expectation that the gender investor gap will eventually narrow and move towards parity. The timeline, however, remains an open question.

Despite the under-representation of women, Jamaica still ranks within the top five globally in terms of gender balance of investment account holders.

The Philippines tops the world with 44 per cent, followed by Barbados 39 per cent, Papa New Guinea 38 per cent, Trinidad & Tobago 38 per cent, and Jamaica at 37 per cent, according to Broker Chooser, a big data site that compiles investor information globally.

The global average for men who hold stock market accounts is 76 per cent.

The top countries in the world for female investors also have high levels of female managers and parity in education.

In Jamaica, the $2 trillion of stock market wealth is split among just over 200,000 account holders in a country of 2.8 million people.

“Though women are acquiring more wealth in recent times, men still hold most of the wealth on the stock market. It is likely just a microcosm of the wider society,” said Anya Walker of NCB Capital Markets Limited.

Of the women holding JCSD accounts at the stock exchange, 54 per cent are under the age of 31, according to data from NCB Capital Markets, which recently published an infographic on the matter.

“I am definitely expecting that as financial literacy and market education percolates the ecosystem we will move towards the 50 per cent mark,” said Street Forrest regarding the overall proportion of women-held accounts. She listed factors such as education, higher graduation levels at the tertiary level and better awareness as driving factors.

“We have seen with the more recent issues, women were either on par with the take-up and in one case they exceeded [male subscribers],” Street Forrest said.

There is a risky element to stock market investment, and its commonly held that women as a group tend to be risk-averse. But some reject the stereotype.

Cherie Dowdie, who is in her 30s and is the principal of a vegan and juice delivery business, called LiveJuice Bar, made her first investments in the equities market, when Wisynco Group and Victoria Mutual Investments Limited launched their IPOs in 2017.

“I like the freedom of being my own boss,” she said of her business venture. “But this model is not going to get to my goals of buying a house. So investing is a way to try to make the most of what I earn,” she said. “I have no regrets except not doing it earlier.”

As to where young men are investing their funds, some are seeking higher returns in the real estate sector or areas of greater volatility in pursuit of higher returns.

Russell Williams, who is in his 20s, prefers to invest in cryptocurrencies and foreign exchange trading and doesn’t trade local stocks.

“I really focus on day trading either currencies or US indexes,” he said. “It is really about the return on investment and the ease of entry and use.”

Men have more options, according to Kerry Chen, a social science scholar and film-maker.

“It is easier for a man to dabble in income opportunities that are outside of the formal space. A man might be more comfortable hustling on the side, whereas a woman might not,” said Chen, who referenced a recent conversion with a male friend, who told her he prefers to invest in the construction sector rather than the JSE as it provides a higher rate of return. The social science scholar said the more secure the individual becomes, the more likely they are to pursue long-term investment goals via traditional routes.

The growth of female accounts at the Jamaica Central Securities Depository separately reflects the increasing numbers of females in jobs and management. In Jamaica some 57 per cent of managers are female, one of the highest in the world, according to the Gender Pay Gap report produced by non-aligned think tank World Economic Forum.

It’s seen as one of the outcomes of demographic shifts in education, that is, with females accounting for around two-thirds of student enrolment at the tertiary level, it serves as a conveyor belt towards higher-paying jobs for women. That, in turn, creates opportunity for women to save and invest.