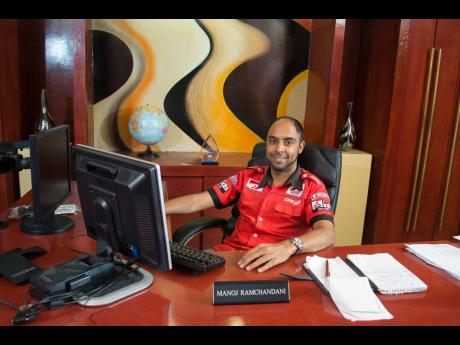 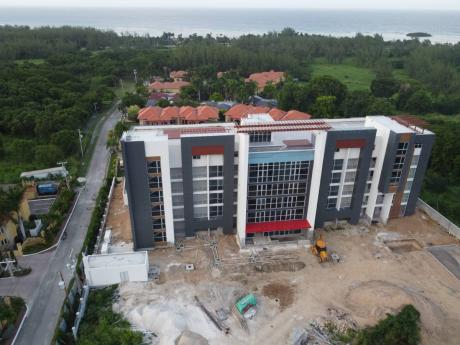 The Dream 36 condominium development, at Ironshore in Montego Bay.
1
2

With the intention of changing the Montego Bay skyline to boast more modern high-rise residences to rival the real estate construction boom taking place in Kingston, businessman Manoj Ramchandani, who is based in the western city, has delivered on...

With the intention of changing the Montego Bay skyline to boast more modern high-rise residences to rival the real estate construction boom taking place in Kingston, businessman Manoj Ramchandani, who is based in the western city, has delivered on a long-held dream to develop a high-end condominium complex there.

Now that the sales effort has kicked into overdrive the Dream 36 condos in the upscale Ironshore suburban neighbourhood, the businessman and real estate developer is setting his sights on his company, Dream Developers, building out two more Dream-branded properties in western Jamaica.

Dream Developers is a member of Ramchandani’s Dream Corp Investment Limited that has spawned businesses such as the flagship Dream Auto car sales business and Tech City electronics stores. Ramchandani says he is the sole director in the real estate business.

The businessman declined to give details of the pending developments, their scope, precise locations and planned investment, opting instead to focus on the ongoing sales effort to offload Dream 36’s apartments and penthouse suites. The number of units sold of the 36 constructed was not disclosed.

“Generally, sales are going well because we have a unique product. People are drawn to the brand and what our mission is. Dream 36 is one of the more modern buildings in Jamaica. It is a modern construction with high-end interior and amenities,” Ramchandani said in an interview with the Financial Gleaner.

Prices for units advertised range from US$200,000 or just over $30 million for a one-bedroom apartment, to US$507,000 or approximately $77 million for a three-bedroom suite.

Originally announced as a $1.5-billion development financed by Victoria Mutual Building Society, the construction of Dream 36 got under way in December 2019 after some two years on the drawing board. The final value of the investment is now closer to $2 billion, the businessman said, citing the increasing cost of building material during the pandemic. Ramchandani is reporting, however, that the construction was largely on target despite the challenges presented by the intervening COVID-19 health crisis.

External works, including landscaping and paving, are still to be done on the construction situated on approximately 6,250 square metres of land at Cassava Way. Based on landownership records seen by the Financial Gleaner, since 1991 the land has been owned by Ramchandani Limited, the holding company headed by Manoj’s father, Lachu Ramchandani.

“This has been one of the fastest constructions in western Jamaica, which is especially notable considering the pandemic,” Manoj Ramchandani said.

Dream 36 joins the 10-storey Soleil Residences at Montego Freeport as the newest high-end condominium complexes to go up in Montego Bay in recent times. The 55-unit Soleil was developed by real estate company Sharkfin Development Limited, of which businessmen Edward Azan, Brian Jardim, Paul Soutter, Paul Burke and Richard Hamilton are directors. Suites in that development were on the market for between US$425,000 and US$925,000.