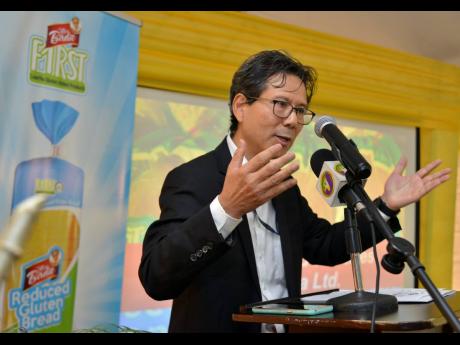 Baked-goods sales are on track to re-enter the $1-billion band at Consolidated Bakeries Jamaica, which trades as Purity Bakery, but the positive trajectory failed to appease some minority investors who are eager for profit.

“If things continue like this, then we could hit a sweet spot,” said Purity Managing Director Anthony Chang at the company’s annual general meeting on Wednesday.

“There are inflationary pressures in place when you look at wheat futures. That is a headwind, but we are managing it,” said Chang.

However, three minority shareholders roasted the company for its loss-making performance over the latter part of its near decade of listing.

“This company has failed to pay a dividend. We see this company going nowhere,” said minority shareholder Lancel Bloomfield. “You have not paid a dividend to shareholders in nine years,” he said, Purity went public and listed on the junior market of the Jamaica Stock Exchange in late 2012.

“There is nothing I can do to show you a different set of results,” Chang responded. “We have resources to play with and we have the talent, but we are also constrained. The shift of the company is necessary.”

Purity started diversifying years earlier from bread sales, which earns a low margin, towards inclusion of single-serve snacks and crackers with higher margins. The company operates with a one-third gross profit margin, but it bleeds losses due to heavy depreciation charges on production line equipment and double-digit debt financing costs. For instance, Purity paid $19 million in finance charges in its 2020 financial year, which amounted to 10.6 per cent of its $178 million of borrowings. When asked whether the company would consider cutting the finance costs by way of issuing a preference share offer at lower interest rates, Chang gave a non-committal response: “Your comment is noted,” he said.

Year to date, however, the company finance costs have been trending lower. Chang also affirmed that to shareholders, that the company was heading in the right direction.

Junior market companies get 10 years of tax breaks, the latter five being a 50 per cent waiver on corporate taxes. Purity will start paying full income tax on profits generated in 2022 onwards, a situation likely to exacerbate its losses if there is no turnaround.

Purity has recorded losses for two straight years, as well as the first nine months of its 2021 financial year. Losses for the January-September period amounted to $7.02 million, compared to a profit of $5.24 million in 2020.

It has resulted in lacklustre price action for the stock, as investors cannot easily value the company based on its earnings trajectory. Purity shares closed at $1.59 on Wednesday, up 50 per cent year-on-year, but still far lower than its $4 band a few years earlier.