Mystic heads back to court 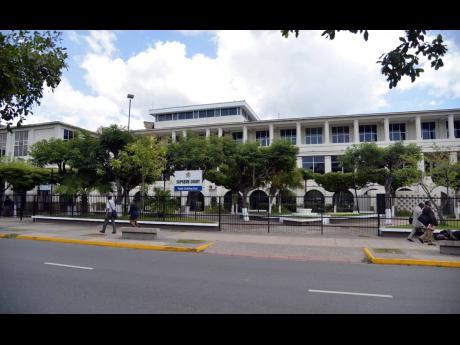 The Supreme Court is being asked to resolve several issues that have derailed a scheme of arrangements for a payout to creditors of Mystic Mountain Limited, MML, which owns and operates the Ocho Rios-based attraction known for its bobsled and rainforest zip line rides.

A newspaper notice by Campbell, dated November 11 and published in The Sunday Gleaner on November 21, informed that the open court hearing, scheduled for one day, will seek to determine several issues, among them, matters that remained unresolved following meetings of unsecured and secured creditors in August.

“Who is entitled to receive notice of a meeting of creditors to consider a proposal, made only to secure creditors, under the Insolvency Act,” was listed among the issues before the court.

A meeting ostensibly of secured creditors, held virtually on August 9, failed to arrive at a decision on a proposal which MML made at the event asking bondholders to agree to keep current, the unpaid bonds they hold but on which MML had defaulted, and to accept the money representing interest and principal, in two payments in December this year and again in June 2022.

The August 9 offer modified an earlier proposal filed with the Office of the Supervisor of Insolvency and Government Trustee on July 19 following what was said to have been a preliminary proposal circulated to the bondholders earlier. In the July 19 document MML had offered holders of its Senior Secured 2025 bond, a payout by August this year from funds it said would have been obtained from an unnamed financial institution as well as from an escrow account funded by MML’s main shareholder.

Financial Gleaner sources who attended the August 9 meeting said directors of MML announced at the meeting that the bank loan talks had failed but that the attraction company would make the payments from cash flow from operations resumed after a temporary COVID-19-induced shutdown last year, as well as the escrow account.

MML’s parent company is St Lucia-registered Karibukai Limited, while Karibukai is majority held by Rainforest Adventure Holdings, RFA, which is registered in British Virgin Islands. The beleaguered company has been facing the prospect of being declared bankrupt and having its assets sold off to repay bondholders and other persons and institutions it owes money, following a January 2021 demand by the creditors. The bondholders, said to be mainly pension funds, called the $1.1 billion bond due in 2025 following MML’s failure to meet interest payments.

Whether the August 9 meeting was “duly convened” is also to be determined by the court, following a dispute over whether the meeting should have been exclusively for secured bondholders or all MML’s creditors. The voting rights of creditors entitled to receive notice of and attend a meeting of creditors to consider the company’s pay-out proposal, and “the effect of the vote of the secured creditors at the said meeting” have also been placed before the court for a decision.

At the August 9 meeting, the supervisor of insolvency, retired Court of Appeal judge Ferdinand Smith, is said to have pointed out that while only secured bondholders had been invited to the meeting, the Insolvency Act required a vote on the issue by creditors without specifying any particular class of creditors. It was decided that the matter would be taken to the Supreme Court for clarification before a new meeting is convened.

Not before the court for the December 2 deliberations, according to the notice, is the tenure of Campbell as trustee, following a decision on August 4 by MML creditors to replace him with Wilfred Baghaloo of accounting firm PwC.

While the creditors, and chief among them, major secured bondholder Sky-High Holdings Limited, SHL, were said to be in the process of determining how to address the matter of the trustee, with a possible recourse to the court, SHL director Ian Haynes told the Financial Gleaner on Thursday that there are no further updates or progress on the matter other than the scheduled December 2 proceedings.

MML disclosed in its July 19 written proposal to bondholders, the majority of whom are said to be unsecured creditors, that its secured creditors included SHL, which it described as a class one creditor who would receive priority for the settlement of their US$1.7 million debt in the event of liquidation.

A temporary injunction which MML had obtained against SHL in July preventing the bondholder from exercising its power to acquire MML assets in lieu of debt under a debenture it holds, is said to have expired in August.