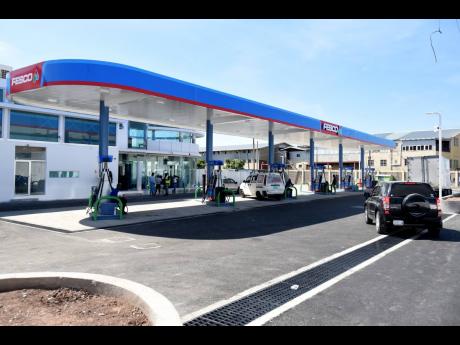 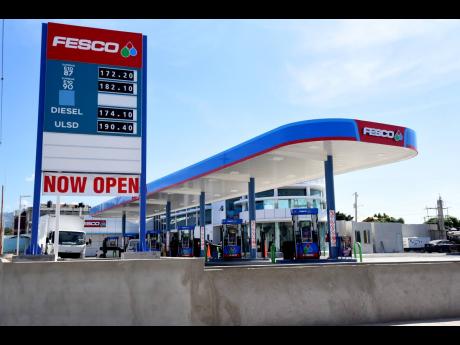 Future Energy Source Company, which trades as Fesco, fell short of its profit forecast for year ending March 2021, and could do so again this period, based on its earnings to date.

At half-year profit of $97 million, recorded over the April-September period, the petroleum marketing company — which went public and listed in April — is on track to deliver annualised earnings of nearly $195 million. But that’s just 73 per cent of the target it needs to hit to deliver on the forecasted earnings in its prospectus of nearly $264 million for the year ending March 2022.

Fesco also fell shy of the FY2021 projection, earning $108 million for the year, against a projected $132 million. Its annual revenues were also off by a billion dollars.

The Jamaican-owned company, in a market dominated by foreign-owned brands, went public just over a year after the coronavirus pandemic was detected in Jamaica. Over that time, several gas station businesses have been upended after commute dried up in the early periods.

The fuel provider is in expansion mode, which would have been accounted for in its projections, and while the larger network it is creating should eventually add to its revenue base and close the gap between its actual performance and projections in the future, for now, Fesco is behind on its ambitions.

The company had pitched plans of getting to 20 locations by 2020, but had some of them derailed by the pandemic.

Fesco was aiming for more than $10 billion in revenue this financial year. So far, it’s only on track to deliver less than $9 billion based on its half-year turnover of $4.3 billion. But with one more gas station to the network, which recently opened at Beechwood Avenue in Kingston, the continued build-out of the commercial/retail and retail activity around some service stations in the network,, as well as increased mobility as Jamaica resumes some normal activities in phases, including a return to classroom settings for students, Fesco could still potentially hit the projected FY2022 revenue.

Its medium-term growth plans, that’s meant to fuel the company’s profit rise to $429 million of annual earnings within five years of listing, also include entry into the liquefied petroleum gas, LPG, or cooking gas market by March 2023, and the retailing of liquefied natural gas, LNG, from the Fesco Ferry Service Station. The timeline for the latter is yet to be determined.

“There’s not much to report on where LNG is concerned at the time, we are still in negotiations,” said Director Hugh Coore, one of five founders of the company, the others being Trevor Barnes, Lyden ‘Trevor’ Heaven, Errol McGaw and Junior Williams.

Fesco currently has 16 service stations across the island, the newest of which are Fesco Ferry and Fesco Beechwood Avenue. Both service stations feature a “starter gate” design that seeks to minimise the wait time per customer. The stations can simultaneously serve 16 and 12 customers, respectively.

Fesco estimates its current market share for transportation fuels at six per cent, up from 4.65 per cent in 2020. It aims to grow its share to eight per cent by June 2022.

Beyond new products, the company’s growth plan includes new gas station locations, developing a network of FYC-branded convenience stores and supermarkets, and inclusion of fast-food services at its complexes to attract repeat customers.

Quick-serve restaurant Mr Breakfast will begin operating at the Fesco Beechwood Avenue location next month, while a Tastee patty franchise operation is scheduled to begin at Fesco Ferry in February.

“The idea is to create a one-stop shop where customers can fuel their vehicles, do their grocery shopping and get something to eat,” said Fesco Managing Director Jeremy Barnes. However, he was tightlipped on the locations Fesco is eyeing for other service stations.