Jamaica oil will be ultra cheap to extract, explorer estimates 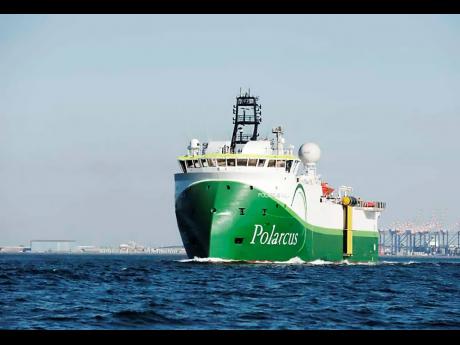 File
File The ‘Polarcus Adira’, the ship used to carry out the 3D seismic survey in the Walton-Morant Basin in April and May of 2018, when Tullow Oil was owner of the exploration licence. 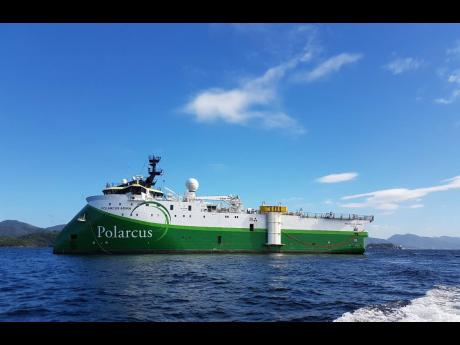 File
The ‘Polarcus Adira’, the ship used to carry out the 3D seismic survey in the Walton-Morant Basin in April and May of 2018, when Tullow Oil was owner of the exploration licence.
1
2

Investors can extract oil in commercial quantities from Jamaica at less than half the most conservative price point needed to break even on new ventures, according to United Oil and Gas Plc, the company currently exploring one of the most...

Investors can extract oil in commercial quantities from Jamaica at less than half the most conservative price point needed to break even on new ventures, according to United Oil and Gas Plc, the company currently exploring one of the most promising blocks offshore the Pedro Cays.

United Oil is using the information in its pitch to attract a drilling partner for the Walton-Morant block.

“The break-even in Jamaica is interesting,” said United Oil CEO Brian Larkin at an investor forum hosted by the United Kingdom-based company this week.

“Traditionally, the break-even point for new frontier ventures has been US$60 to US$90 a barrel. Jamaica has a break-even point of US$25 a barrel, which makes it extremely attractive,” Larkin said.

At US$25, Jamaica’s break-even is close to that of its Caricom trading partner Guyana, which is also a new oil frontier that just became an oil exporter last year. The current break-even point for Guyana reportedly stands at US$35 a barrel, according to multiple sources.

Both those prices are at or around one-third to half the current trading prices for oil on the world market.

Amid its search for a partner, United Oil has secured a two-year extension to its licence offshore Jamaica, it previously disclosed in November. The company previously received an 18-month extension from the Jamaican Government to January 2022, but the new extension resets that date to January 2024 – that is, the deadline by which United Oil must make a ‘drill or drop’ decision. The choice on whether to drill for oil or drop the licence is, for now, contingent on whether it can find an exploration partner to share the risk.

“January of next year was always going to be difficult to bring in a drilling partner. But having announced the extension last week, we feel it gives us a better chance of bringing in a partner in the years ahead. And it brings security to the licence,” Larkin said at the forum.

Crude prices settled on Wednesday below US$66 per barrel, coming down from the US$80 range just two to three weeks ago, after major oil producers announced they would increase output.

Higher world oil prices make the prospect for drilling more attractive for investors. United Oil cited information in its recent half-year financial results indicating that less than five new oil wells were drilled globally in April 2020, when oil prices dropped to US$18 a barrel, on the heels of the pandemic. The number climbed to 15 per month in the September quarter, when oil began edging towards US$80 a barrel, the company said, citing statistics from Envoi, an energy advisory group.

Larkin said the last well drilled in Jamaica was in 1982, but no commercial quantities were found. He added that previous searches for oil offshore Jamaica did not have the modern 2D and 3D mapping technology utilised by the present licensees.

United Oil holds the licence for two large zones, collectively called the Walton-Morant, which spans 22,400 square kilometres and is estimated to contain more than 2.4 billion barrels of ‘prospective resources’. One small area, called the Colibri prospect, holds roughly 15 per cent of the total resources, amounting to 406 million prospective barrels.

“We have a drill-ready prospect in our portfolio, and we can drill within 12 months of finding a partner,” Larkin said.

United Oil holds 100 per cent of the Walton-Morant project, having previously bought out majority partner Tullow Oil Plc in August 2020.

The hunt for a drilling partner, referred to as the farm-out process, began in April. The company reported in its financial results that a number of companies have shown interest.

United Oil estimated the carrying value of the Jamaica licence at US$3.6 million up to last year December.