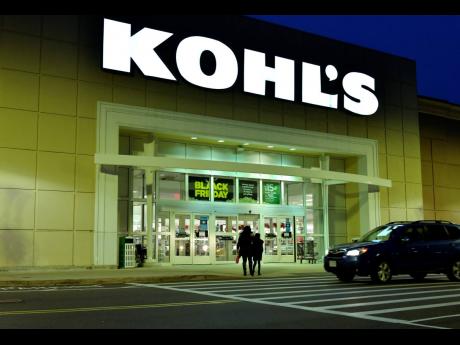 AP
A pair of shoppers arrive at a Kohl’s before dawn on Black Friday, November 26, in Everett, Massachusetts.

An activist investor is pushing department store chain Kohl’s Inc to either sell the entire company or spin off its e-commerce division.

In a letter posted online on Monday, Engine Capital LP said that it wants the Menomonee Falls, Wisconsin-based chain to consider these alternatives to boost the stock price.

“Kohl’s has a unique retail footprint relative to many mall-based retailers, as well as a growing e-commerce presence, strong loyalty programme, tremendous free cash flow and valuable real estate holdings,” the letter said. “However, much to our disappointment, these considerable assets and operating tailwinds continue to fail to catalyse meaningful value for shareholders.”

It noted that “there is no excuse for the board to cling to the status quo”.

Engine Capital said that if Kohl’s chose spinning off its e-commerce division, a move similar to what Saks did earlier this year, the stand-alone business could be valued at US$12.4 billion or more, an amount that dwarfs the company’s current market capitalisation. Engine Capital also said that the board should run a market test to see how much well-capitalised financial sponsors would pay for the entire company. It noted that there are financial sponsors who will be able to pay a significant premium of 50 per cent, or at least US$75 per share.

The Wall Street Journal was first to report the story on its website on Sunday.

Kohl’s shares have been up 19 per cent since the beginning of the year and closed at US$48.45 on Friday. That gives it a market cap of US$7.3 billion, according to FactSet.

In response, Kohl’s said in an email to The Associated Press that the board and management team “continuously examine all opportunities for maximising shareholder value”.

“Our strong performance this year demonstrates that our strategy is gaining traction and driving results,” according to Kohl’s statement. “We appreciate the ongoing dialogue we are having with our shareholders, and value their input and perspectives.”

Meanwhile, Macy’s CEO Jeff Gennette told investors on its earnings call in November that it has hired consulting firm AlixPartners to evaluate whether the retailer should spin off its e-commerce division from its stores. The steps come as it is under pressure from activist shareholder Jana Partners to split off the division to create better valuation.