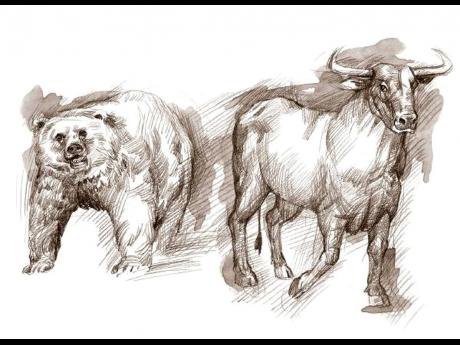 QUESTION: How do I determine if I should buy a stock? – Racquel FINANCIAL ADVISER: Buying ordinary shares is investing in a company, and sometimes a group of companies, and becoming an owner, and it is important to determine its current earnings...

QUESTION: How do I determine if I should buy a stock?

FINANCIAL ADVISER: Buying ordinary shares is investing in a company, and sometimes a group of companies, and becoming an owner, and it is important to determine its current earnings performance, earnings potential, and its financial strength.

The person who is able to analyse financial statements, or to comprehend the analyses of people competent to do so, has a significant advantage over the person not able to do so and is able to exercise a greater level of independence in making investment decisions.

The investor should also know about the company, that is, what it produces, the products it sells, the services it sells, and its plans, as they are buying future performance. Knowing about the industry in which it operates, its markets, and its management are some other considerations.

Investing in ordinary shares is not about buying on the basis of tips given by others or buying on gut feelings. Neither is it about making a quick return nor aiming to buy at its lowest price and selling at its highest, for who is able to do so with any level of certainty?

To determine profitability, it is important to become good friends with the profit and loss account, also called the earnings statement or the income statement. Although it is important to see how much the net profit, that is, profit after tax, has improved in the most recent year relative to the previous year, it is critical to see the trajectory of the profits of the company by observing the trend over the last five years, or so, and to have a sense of where profits will go in the future.

While how well the net profit has increased in dollar terms is of value, it is even more important to see how well the company uses the funds of the shareholders to generate a profit. The ratio used to measure this is called return on equity – net profit divided by shareholders’ equity multiplied by 100, so it is expressed as a percentage. It is a true barometer of the performance of the company.

Another measure of profitability is earnings per share, determined in its simplest form by dividing the net profit by the number of ordinary of shares. This is expressed in dollar terms.

Earnings expressed on a per share basis help shareholders to see how profitable their ownership interest in the company is, to follow more easily whether there is improvement in its performance, and to compare it in terms of performance with other companies, particularly those in the same industry.

The higher the ratios, the better.

In examining the financial strength of a company, which is determined from the balance sheet, it is critical to look at its debt to equity ratio. Debt improves net profit when the returns from what it is used to do is higher than its cost.

Nonetheless, high debt increases the fixed charges (interest and principal payments) of a company and may reduce its profit and its capacity to pay good dividends.

The balance sheet also provides data on the liquidity – working capital, that is, short-term assets less short-term liabilities – of a company. It gives an indication of the ability of the company to pay its day-to-day expenses, short-term debt, and dividends.

Cash flow is also important. It is the net profit of a company plus non-cash deductions like depreciation and deferred income taxes – which are deductions which are not paid out in cash. It is a very good indicator of the ability of a company to pay dividends and to finance expansion.

There are some ratios that give an indication of how much value the investor gets from buying shares. Comparing the value ratios of different companies in the same industry can tell which shares are cheap and which are expensive.

Two examples of value ratios are dividend yield and price earnings ratio, which probably is the most useful and widely used of financial ratios. It is determined by dividing the market price of a stock by the earnings per share.

It can be tricky to interpret the price earnings ratio.

It indicates how valuable the market thinks the stock of the company is. If it is high, it may suggest that the market expects the earnings of the company to grow at a faster rate than that of similar companies or of the market itself. In such a case, such a stock could be seen as undervalued. Market participants who disagree may see the stock as being overvalued.

Similarly, a low price earnings ratio may have different meanings to different market participants. For some, it could mean that the stock is cheap, or undervalued, but others may disagree, believing that the growth prospects of the company are low. Ultimately, research can hold the key to how investors make a good evaluation of the prospects of a company.

Dividend yield – the dividend as a percentage of the purchase price – should be read carefully. When a mature company has a high dividend yield, it generally suggests that it may not need money for expansion, and the shares of such companies may be considered to be cheap because they give a more certain return.

A low dividend yield is not necessarily bad: companies may choose to retain a significant portion of profits to better enable them to fund expansion and thus improve their potential to grow profits in the future, thereby improving the price of the stock and shareholder wealth.

Developing the skill to analyse companies, the stock market, and the economy, which has a strong bearing on how companies fare, takes time and patience.