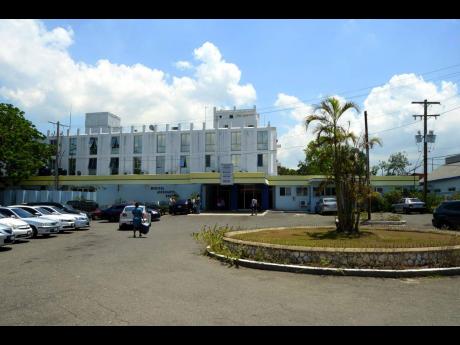 The Financial Gleaner has learned that a consortium is making a takeover bid for Medical Associates Hospital. Several sources indicate that the deal is worth well in excess of $1 billion, and is expected to close in a month. Company names figuring...

The Financial Gleaner has learned that a consortium is making a takeover bid for Medical Associates Hospital.

Several sources indicate that the deal is worth well in excess of $1 billion, and is expected to close in a month. Company names figuring in the takeover are First Rock Capital Holdings, NovaMed Inc, and Health Ventures Limited.

“Medical Associates Hospital is being acquired by a consortium and the plan is to create the Caribbean’s largest private healthcare facility,” said one source, while asserting that the deal is close to being wrapped up, and that figures central to the takeover included Dr Michael Banbury and 2011 Rhodes Scholar Dr David Walcott.

Medical Associates was incorporated in September 1960 as a private health service provider. Its eight-member board is chaired by attorney at law Conrad George. Banbury held the post of CEO before resigning around mid-May.

The current ownership of Medical Associates is unclear. The hospital’s control and direction are said to be vested in its board.

Its share ownership came in for litigation in 2015 when a block of shares was said to have been transferred to cover a debt of $65 million owed to AIC Barbados, which is controlled by Michael Lee-Chin. There has since been no further information on that matter, but one source said the share ownership issue and any outstanding debt are covered in the deal.

Banbury and George declined to comment on the deal.

“Well, you may have heard something to that effect – all sorts of rumours abound,” George said. “I really can’t comment at this stage,” the hospital chairman added.

“I am offering no comment whatsoever,” said Reid, but confirmed that he is a part of Health Ventures Limited. He also declined to comment on First Rock’s role in the takeover bid.

While there are two NovaMed entities listed on Companies Office of Jamaica records, there is no reference to NovaMed Inc.

“Whatever a separate entity, NovaMed Inc, is doing, has nothing to do with the Jamaican-registered entities,” said Dr David Walcott, speaking from Davos, Switzerland, where he is attending the World Economic Forum.

He added that NovaMed Inc is a partnership involving himself, Kurt Hamilton and former investment banker Kevin Donaldson.

“Myself, Kurt and Kevin are taking on the mission of transforming healthcare in the region,” Walcott said.

He would neither confirm nor deny the Medical Associates deal. Donaldson also declined to comment, but says he’s on board with the transformation of healthcare in emerging markets.